Yezdi modified into a Jawa Perak by owner for Rs 1.5 lakhs – Photos

The new Jawa Perak was launched on the Indian market just about a month back, at an ex-showroom price of Rs 1.95 lakh. The bobber-style motorcycle was first unveiled to the public exactly a year ago from then, at the same venue where Jawa Motorcycles announced its official comeback. However, this model is not the ‘OG Perak’ in the minds of Jawa enthusiasts.

The original Perak bobber goes back to the days of Ideal Jawa India Ltd which manufactured two-stroke Jawa and Yezdi models at its Mysore facility from the early ‘60s to 1996. Even though the original Perak 250 and 350 two-stroke models from the late ‘40s were never a major product from Ideal Jawa’s factory, they had a small share of takers in the country.

Today, they are an extremely rare sight to see and behold. Only a few owners have them in running condition and they never hesitate to ride them down to various classic motorcycle events.

The love for classic Jawa/Yezdi motorcycles has been strong in India as well as abroad for years since the advent of better (or is it?) four-stroke products in the mass market. For the same reason, many enthusiasts have gone to good extents to revive and ride the old-school works of art. One such example is the Yezdi you see here, that has been modified into the original Perak.

The owner of this Yezdi, Manjunath PC (Insta – @PCYezdi) is a clear winner for having brought down the motorcycle to India Bike Week 2019. He rode the bike from Mysore, to Goa at the IBW 2019. Manjunath purchased the old Yezdi (1987 Yezdi Delux) and then modified it to look like Jawa. The engine was built by Shamsheer Ahmed. Total cost, including the purchase of old Yezdi, is about Rs 1.5 lakhs. 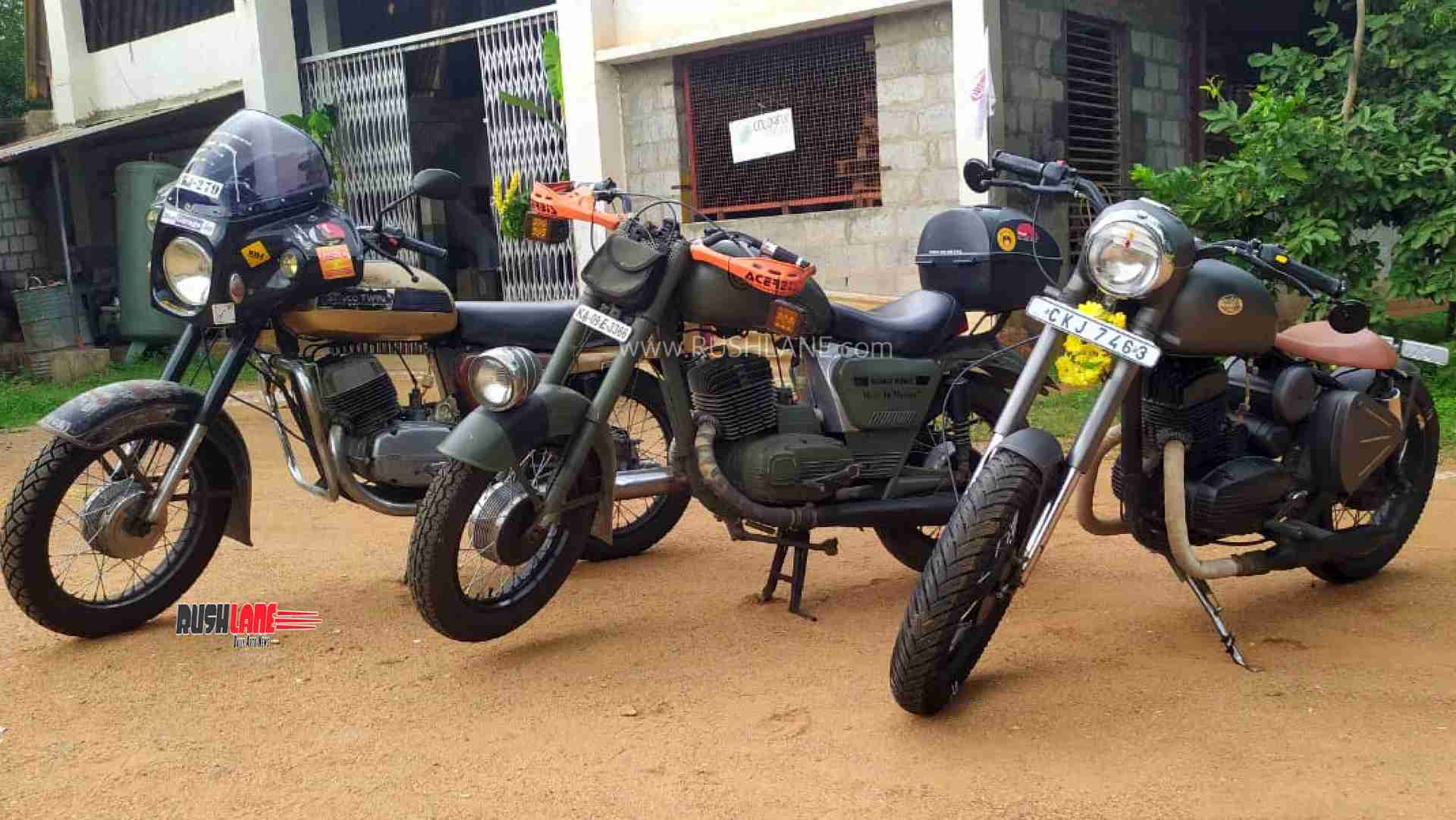 The motorcycle has all the two-stroke mechanicals, but in an avatar resembling the new-generation Jawa Perak. The frozen metallic grey paint finish, along with the tan single-seat, suits the motorcycle’s character really well.

Quite a few components had to be locally fabricated and they may not match the perfection of the factory-fresh 2019 Jawa Perak. However, the charm is still evident. Unlike in the usual case of taking inspiration from a different body style, the owner has not gone overboard with his work.

The modern Jawa Perak is powered by a 334cc liquid-cooled four-stroke single-cylinder engine that makes 30bhp and 31Nm of torque. The engine is mated to a 6-speed transmission. The old Jawa 350 had a 344cc air-cooled two-stroke engine good for a humble 14bhp and was mated to a 4-speed gearbox.

Even though a good majority of motorcycle enthusiasts across the country are fans of Jawa and Yezdi, many are not aware of the connection between the two. When Ideal Jawa was started back in 1962, they bought the rights to the ‘Jawa’ nametag from the Czech parent company and produced an SKD (Semi-Knocked Down) version of the Jawa 250 till 1969.

In 1973, the naming rights ended and the venture broke up. Post this, Ideal Jawa started making the Yezdi Model B line that shared nearly the same engineering, platform and appeal as the Jawa models. Ideal Jawa was founded by Rustom Irani and Farrokh Irani who belonged to the Persian community of Yazad; popularly known as ‘Yezdi’.