Just a few days back Jeep India announced that sales of Compass had crossed the 25,000 mark, in less than 1 year. Now, in order to celebrate that success, Jeep has done something which no other manufacturer has ever done before.

Jeep has erected India’s largest ever ad billboard on the Mumbai-Pune Expressway. If you are wondering how big, well here are some numbers – the installation is 253 feet wide and 100 feet tall. The Jeep logo itself is 164.6 feet long and 65.8 feet tall. 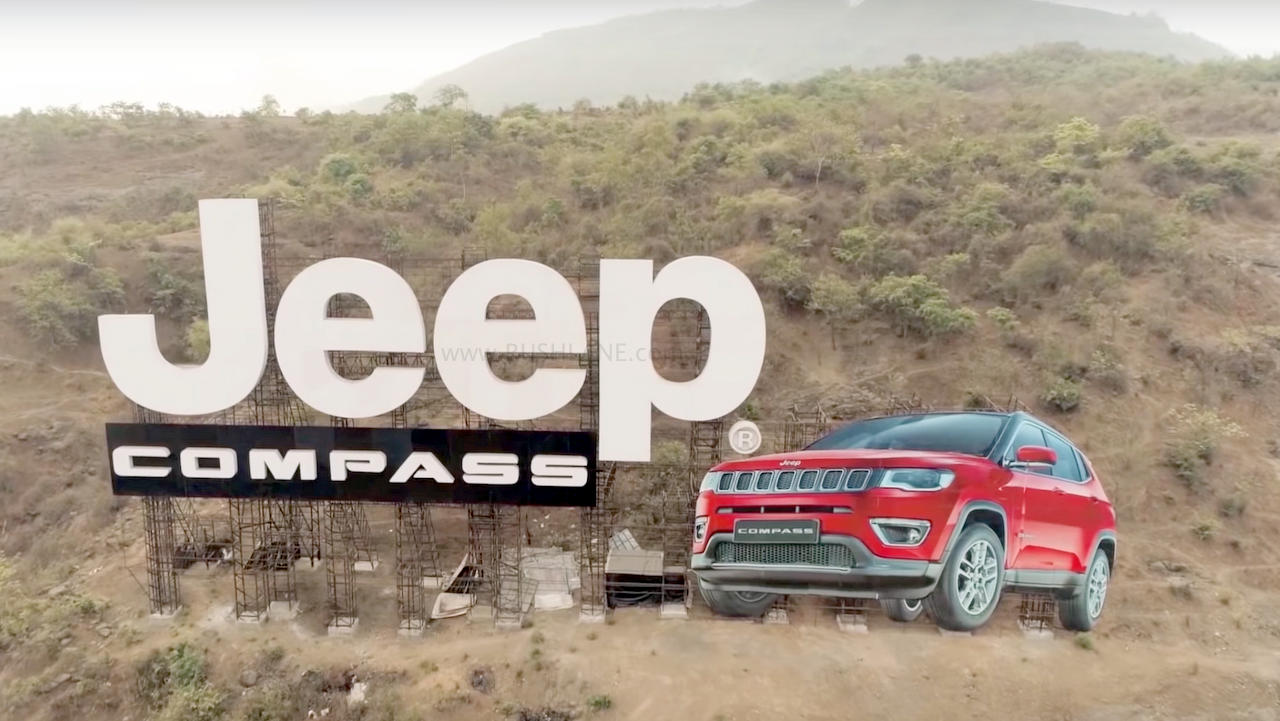 Planning of this billboard took over 3 weeks. After the team went through 50 designs, the final design was approved and construction work was approved. A total of 70 people worked in the construction team for over 45 days, to erect an advertising world marvel.

Erected on top of a hill next to the Mumbai-Pune Expressway, the entire structure weighs a massive 80,000 kilos. Watch the making of video below.

Manufactured at the Fiat plant near Pune, Jeep Compass is a made in India premium luxury SUV which is offered with a petrol as well as a diesel engine. It is a 5 seater SUV built which is made in India and exported to over 50 countries across the globe.

Jeep is now working on launching two new made in India SUVs. One will be an entry level sub 4 meter SUV that will rival Ford EcoSport, Maruti Brezza, Tata Nexon, whereas the other will be a family 7 seater SUV to rival the likes of Ford Endeavour, Toyota Fortuner and Skoda Kodiaq.