2019 Geneva Motor Show has seen Jeep unveil plug in hybrid versions of the Renegade and Compass SUV in Trailhawk 4×4 trim. Both these SUVs come in with PHEV technology and feature batteries which can be recharged either via an internal combustion engine or via the Plug-In charging cable.

Jeep Compass Plug-In Hybrid and Renegade PHEV are powered by a 1.3 liter turbocharged petrol engine mated to an electric motor. The engine powers the front wheels while the electric motor is mated to the rear axle, offering an e-assist all wheel drive. 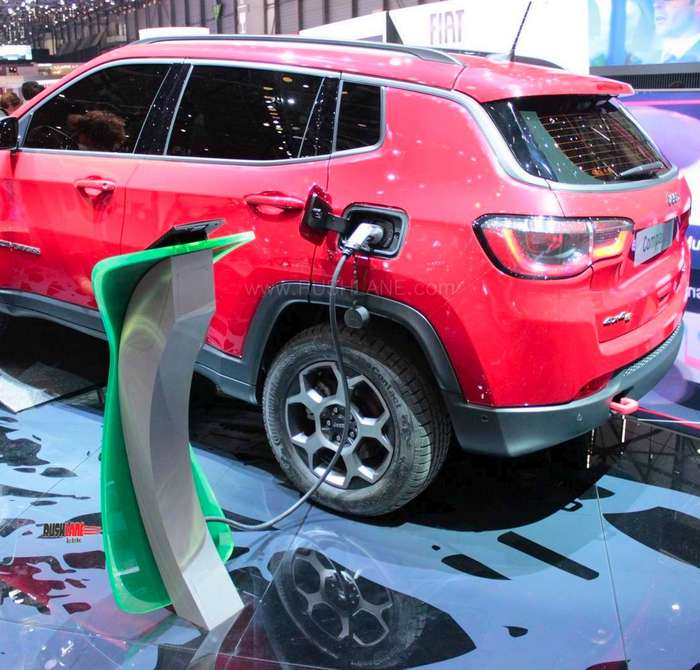 This engine on the Renegade offers combined output between 190 bhp and 240 bhp. On the top spec 240 hp model, acceleration from 0 to 100 kmph is achieved in 7 seconds when both power sources work in tandem. The same engine on the Compass hybrid is offered only in the 240 bhp tune. In pure electric range, both cars offer 50 kms range and 130 kmph top speed.

The new 1.3 liter petrol engine on the Renegade and Compass offers better driving dynamics, especially in the city. It delivers better acceleration and quicker engine response. The electric motors also offer better torque than that seen from gasoline powertrains.

This ensures that the two SUVs are also good when it comes ti taking on terrains like mud, dirt and rock. The two plug in hybrids will also be fitted with special instrument consoles and infotainment system offering information on the hybrid powertrain, as can be seen in the image above.

Jeep Plug-In Hybrid Renegade and Compass shown will enter production sometime in 2020. It will be a part of 10 plug in hybrid cars being planned by Jeep over the next few years. This also includes Jeep Wrangler. Though not officially confirmed, it is possible that the Compass and Renegade hybrid could make their debut in India at the 2020 Auto Expo, next year.