Jeep Compass Diesel variants, produced during the period 18th December 2017 to 30th November 2018, have been recalled. The company noted an emission issue in these SUVs causing them to exceed the regulatory threshold for Particulate Matter Emissions.

The recall notice has been released and company dealerships have been instructed to rectify the issue free of cost to the customer. Jeep will be reprogramming the ECU with latest software update which will also be done on current unsold stocks in company showrooms prior to sale while all vehicles coming in for service will also be inspected. 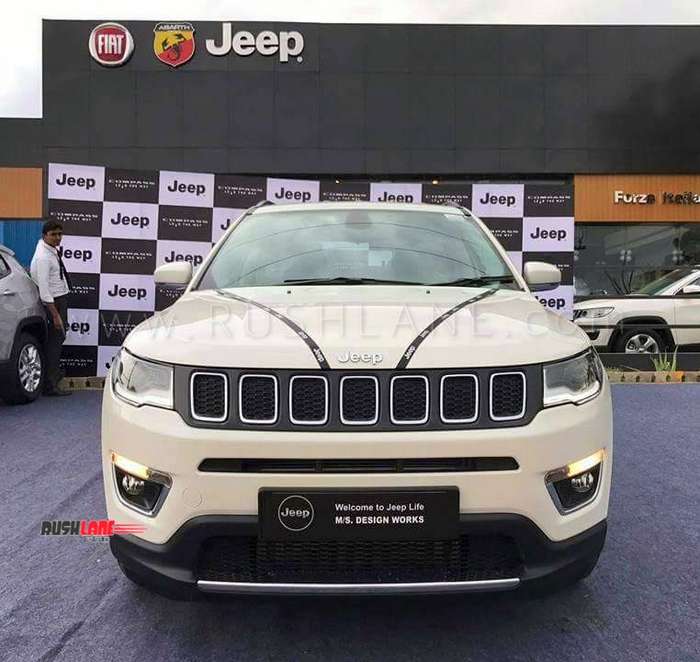 The error was detected during a periodic check and company dealers will be contacting owners to bring in their vehicles for rectification. However, the affected Jeep Compass’ do not pose any threat either to the users or to the environment.

This is not the first recall issued for the Jeep Compass. It was 1,200 units of the Compass which were also recalled over loose fasteners in passenger airbag modules which could cause a threat if the airbag inflated. 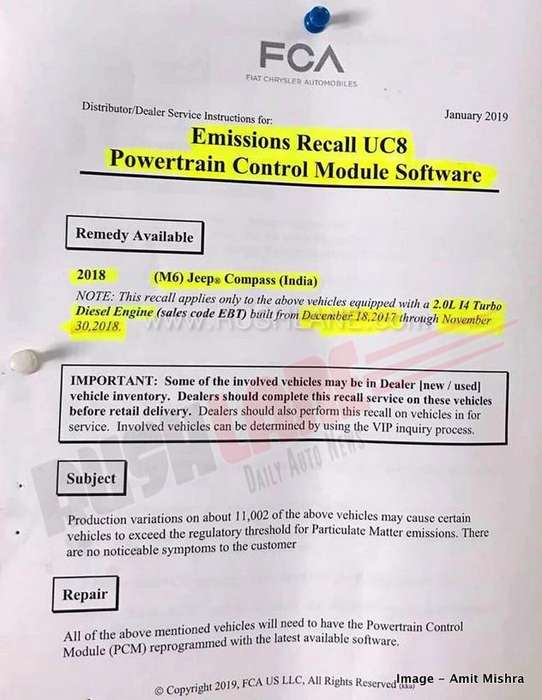 The new Jeep Compass Trailhawk is also poised for launch and has been spied on test. This range topping variant of the Compass lineup, will boast of high ground clearance, additional off roading equipment and a two tone color scheme along with new alloy wheel design to set it apart from standard models. It will be offered exclusively with a 9 speed automatic gearbox as standard. It will get two additional drive modes of Sand and Rock. In terms of pricing, the Jeep Compass Trailhawk will be priced Rs.2-3 lakhs over the price of the top of the line Jeep Compass.