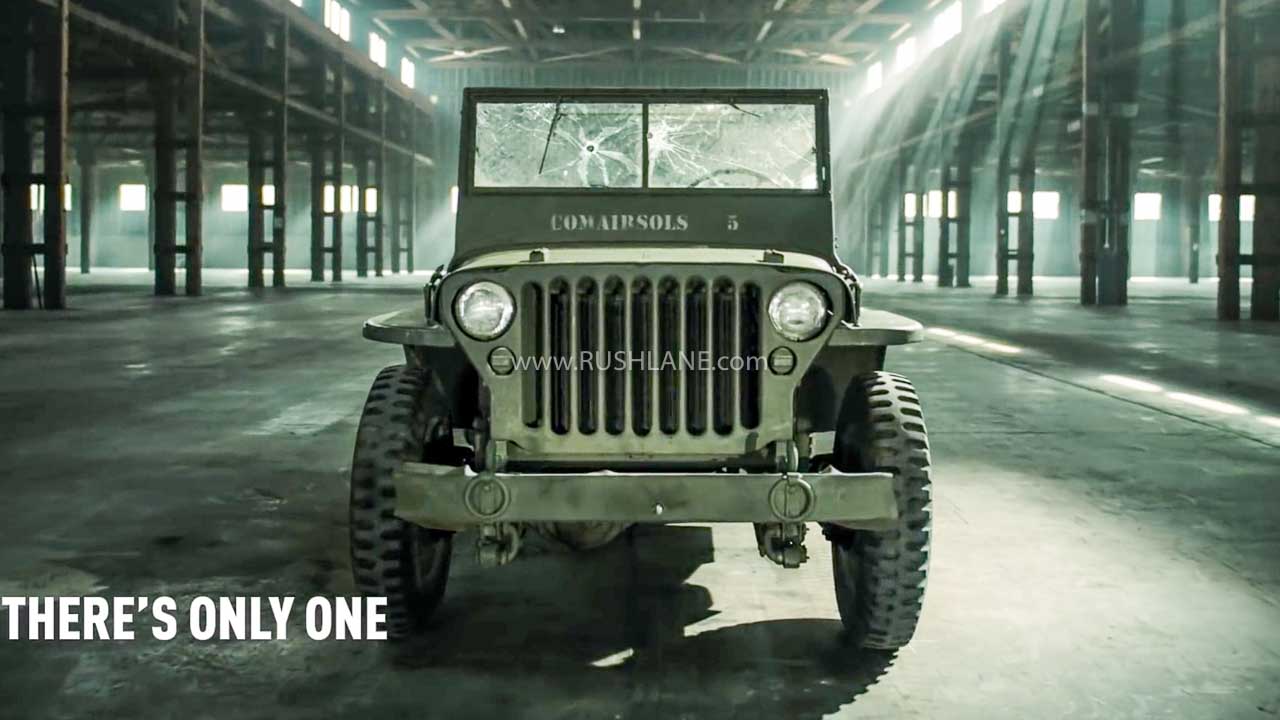 Is Jeep India taking a dig at the soon to be launched new Mahindra Thar with this new TVC?

We have already said enough about the new Mahindra Thar and how it imitates the Jeep Wrangler. Jeep India finally broke its silence regarding this matter by releasing a new TVC titled “The Originals”, taking a thinly veiled dig at its imitator.

The video highlights some of world’s most spectacular landmarks, arts and engineering feats to drive home the point that the original ideas rise above mediocrity and empower the mankind to break free and lead the way.

The reel uses clips of the neoclassical Statue of Liberty, the enormity of the trio of Giza Pyramids in the backdrop of the great Sphinx, Van Gogh’s Starry Night, Michelangelo’s The Creation of Adam fresco, a clip of Orville Wright with Major Albert B. Lambert seated in the Wright Flyer, 1910, the Wright brothers lift off, Devi Prasad Roy Choudhary’s 11 statue sculpture, Michelangelo’s David, Rome’s Colosseum, Leonardo da Vinci’s Mona Lisa, the Eiffel Tower named after Gustave Eiffel, and Taj Mahal.

The video cleverly integrates Indian connection in the form of Mahatma Gandhi’s revolution and the Taj Mahal. The messaging is, the Jeep’s original design which has been carried forward since 1941 is likened to some of mankind’s greatest creations. The video ends with the statement that the originals can be imitated but never duplicated.

While it is not clear if Jeep’s parent company FCA will initiate legal proceedings against the new Mahindra Thar’s design in India or elsewhere, the automaker has made its opinion about the Indian off-roader’s design clear with this video. With the prices of new Mahindra Thar set to be announced on October 2 (the automaker’s birthday), we expect Jeep India to kick start a marketing campaign with this video as a center piece.

The new Mahindra Thar is based on an updated ladder frame chassis and is considerable larger than the outgoing model. The company has clearly moved the SUV several notches up the market with improved interior, more features and powerful engines. Though the new gen off-roader features conventional forward facing rear seats, it still is not practical enough to be full fledged family car. In other words, the Thar will be positioned as a lifestyle product with go-anywhere capabilities.

The vehicle is offered in hardtop, soft-top and convertible soft-top variants. Feature highlights include a touchscreen infotainment system with voice command and navigation, large MID, cruise control, tyre pressure monitoring system and so on.

The off-roader can be specified with a 2.2-liter diesel engine rated at 130 hp and 300 Nm of torque, and a 2.0-liter petrol engine capable of 150 hp and 320 Nm of torque (300 Nm with MT). Both engines are available with a standard 6-speed manual gearbox and an optional 6-speed torque converter automatic unit. 4WD with low-ratio transfer case is standard across the range now but cheaper rear-wheel-drive variants could be introduced down the line.

Bookings for the new generation off-roader are open and the prices are set to be announced on October 2. There are reports of leaked prices but we advice you to take them with a pinch of salt until the official figures are released by the automaker.