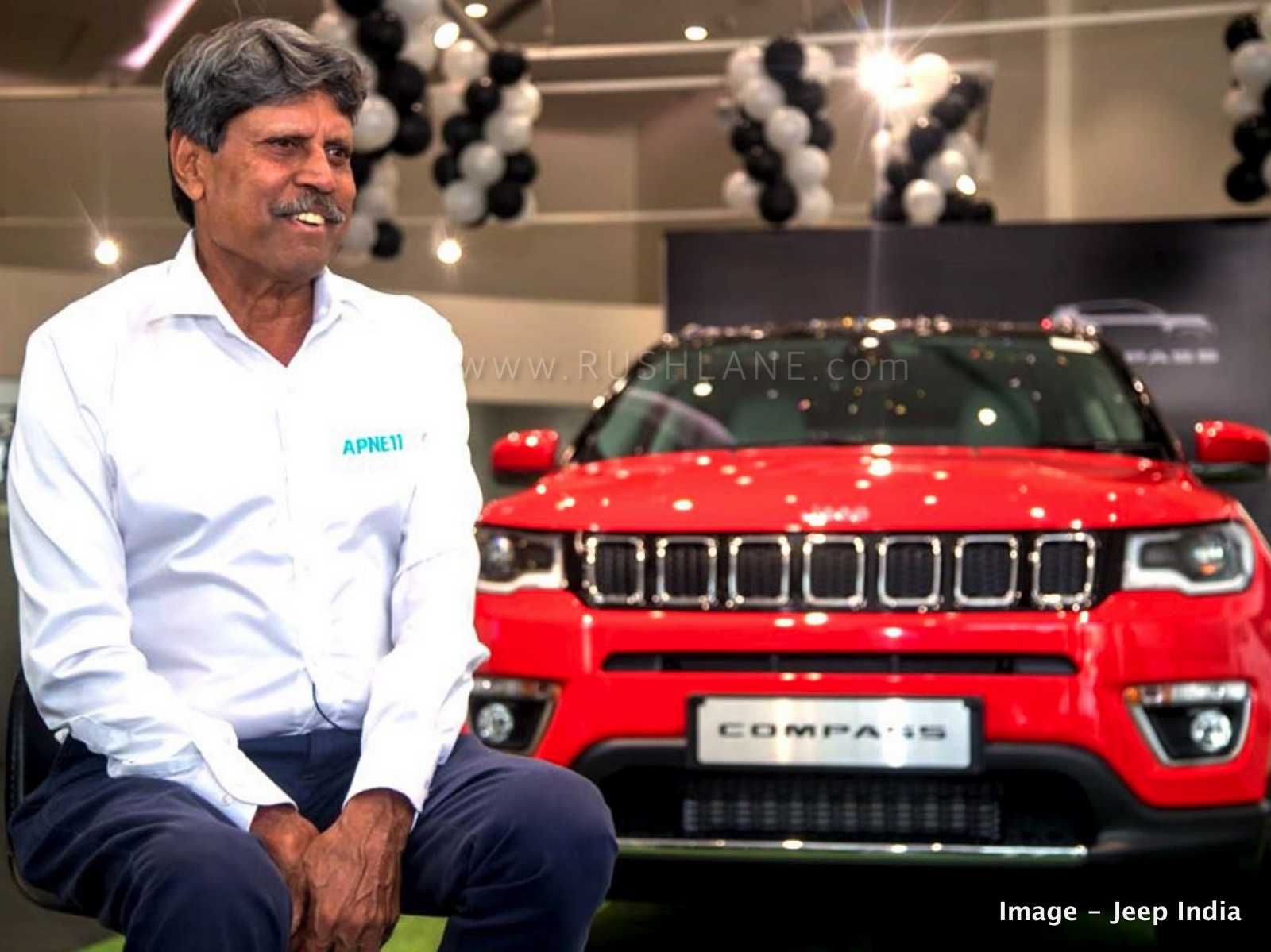 When legends meet, it’s bound to result in some extraordinary experiences and memorable moments to be cherished for a lifetime. This is exactly what some lucky few got to witness on November 6, when Jeep invited former Indian cricketer Kapil Dev to be part of their growing family. The grand event was organized at Landmark Jeep dealership in South Delhi.

While Jeep is a globally renowned carmaker and one of India’s most trusted brands, Kapil Dev is considered as one of the best all-rounders in cricket. Kapil is also counted amongst the best captains in cricket history. Among his many achievements, the most notable is his contribution to winning the Cricket World Cup in 1983. This was India’s first World Cup win, something that is forever etched in history books.

It is also worth noting that currently, a movie named ’83’ is in the works, which depicts the life and times of Kapil Dev. The lead role in the film is being played by Bollywood actor Ranveer Singh, who has already received several commendations from Kapil Dev for his brilliant performance.

Everyone had a great time at the event, as they interacted with the legendary cricketer and got to know him at a personal level. When people meet a legend, one of their main queries is about the secrets of achieving success. When asked this question, Kapil Dev responded by saying that legends are not made overnight. He said that various factors such as your performance, hard work and durability go into the making of a legend.

For his invaluable contributions to the world of cricket, Kapil Dev was presented with various gifts and the keys to a brand new Jeep Compass wearing Exotica Red colour. This was exactly the moment that fans and shutterbugs were waiting to capture, as it signified the meeting of two legends. Kapil Dev also cut a cake that had the caption – “Welcome to #Jeeplife”.

Talking about Jeep, Kapil Dev said that he had known the brand since he was young. He said that the name ‘Jeep’ is extremely difficult to forget and kind of sticks to the mind. As a surprise act at the event, an artist created a caricature of Kapil Dev in real-time. The artwork looked magnificent and everyone could be seen flashing their mobiles for an unforgettable selfie.

Kapil Dev described his Jeep Compass as a ‘beautiful piece’ and said that his young daughter will enjoy it even more. The event concluded with Kapil Dev driving off with his newly acquired Jeep Compass, which we believe is on the wish list of many car lovers.