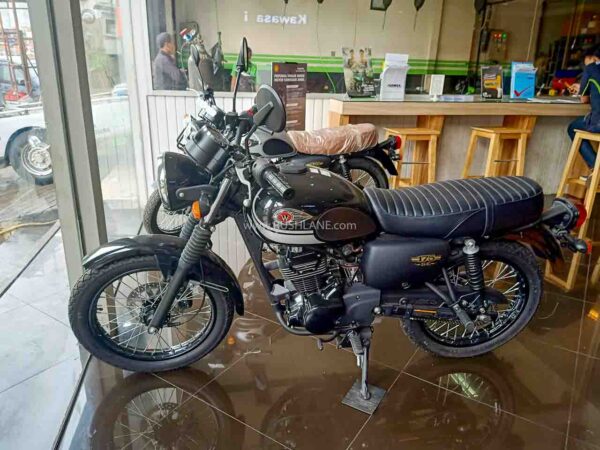 Retro-style classic motorcycles have always been liked by a certain section of the biking community. In recent times, these bikes have been in demand for the masses as well. With Royal Enfield, Jawa, Benelli and now Honda, in the market with their respective motorcycles, any new entrant will find it difficult to make a place for itself in this segment.

However, as per latest reports, Kawasaki is expected to enter this space with its entry-level W175 next year. W175 is set to be launched in India in the first quarter of 2021 (Jan to Apr 2021 period). It is already on sale in other Asian markets such as Thailand and Indonesia.

As seen from the images, Kawasaki 175cc Motorcycle is a retro-styled bike with a simplistic design approach. It gets pure classic styling with round headlamp, spoked wheels which are wrapped around by tube tyres and a peashooter muffler. It is offered with a conventional round analogue instrument cluster which reads out information from the tripmeter, speedometer and odometer.

At the rear it gets similar turn indicators with squared off tail light. Overall, the layout seems quite basic yet very neat and simple thanks to the blacked out components such as the engine, tail pipe and suspension springs. It gets a single-piece seat with easy contours and good cushioning. Its international spec model weighs just 126 kg, however, this figure is set to increase when it has to meet all the mandatory safety and emission requirements in our country. 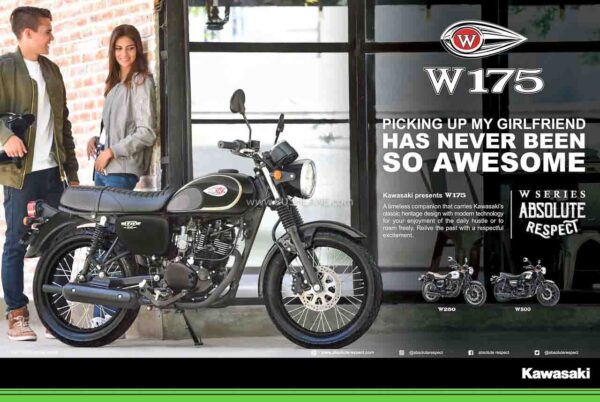 Coming to its powertrain, the W175 draws its power from a 177cc single-cylinder air-cooled SOHC motor which produces a modest output of 13bhp and 13.2Nm of peak torque. However, this unit in its international spec is in carburetted form. Therefore, output figures might slightly alter if it comes to India where BS6 emission norms and fuel injection are a certainty. This unit comes mated to a 5-speed gearbox and also gets a balancer shaft to help reduce vibrations.

The bike is built on a semi-double-cradle frame with a simple box-section swingarm. Suspension duties are carried out by conventional telescopic forks at front with normal rubber stockings and a twin shock setup at rear. Anchoring duties depend on 220mm disc at front and 110mm drum at rear. India-spec model will also be equipped with ABS although only single-channel ABS is expected to be on offer.

Kawasaki W175 is said to be more than 90 percent localised if and when it comes to India. This will make W175 the second bike in the Japanese manufacturer’s portfolio to be engineered within the company’s R&D setup in India. The first localised bike being Ninja 300 which was launched in 2018.

Upon its launch, it will be deemed as a more affordable motorcycle in comparison to Royal Enfield Classic 350, Jawa and Honda H’Ness CB350. It is expected to be offered at a price of Rs 1.20-1.40 lakh (ex-showroom, India). It will not only be the smallest engine powered Kawasaki road bike to co on sale in India, but will also be the cheapest and most localized.