Due to heavy localisation, we do not expect Kawasaki to increase prices of BS6 compliant Ninja 300 by a huge margin

Around this time last year, Kawasaki discontinued its entry-level offering Ninja 300 which complied with the now outdated BS4 emission norms. Now, after a year reports have emerged that Ninja 300 might make a return to Indian soil soon. As per Shifting-Gears, who first reported the news, the entry-level Ninja is expected to hit markets at the end of last quarter of current fiscal year 2020-21.

This means it is expected to be launched early next year. The localised version of Ninja 300 was first launched in India two years ago. The bike with its affordable pricing went on to bring very good sales volume for the Japanese superbike maker.

In 2018, components such as body panels, brakes, cables, tyres and headlights of Ninja 300 were localised. Come 2020, Team Green intends to localise the bike even further by locally assembling the engine. The company is currently working on involving more localised components within the powertrain. This could further help in bringing down its price.

Speaking of its powertrain, Ninja 300 derives its power from a 296cc liquid-cooled, 4-stroke parallel-twin engine. In its BS4 form, this unit kicked out 39 PS of power at 11000 rpm and 27 Nm of peak torque at 10000 rpm and was linked to a 6-speed gearbox with a slipper and assist clutch as standard. 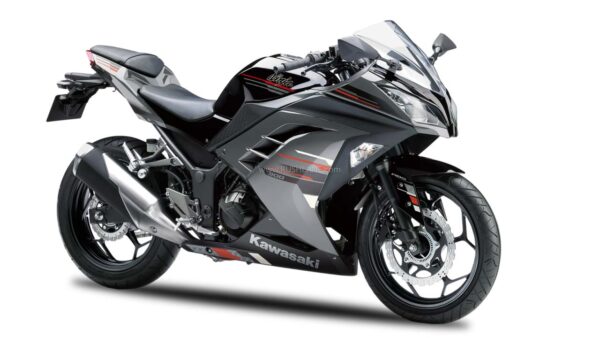 It is built on a tubular steel frame which is assisted by 37mm telescopic forks at front and a preload adjustable mono-shock. Anchoring duties are handled by a 290mm single disc upfront and a 220mm disc at rear complemented by dual-channel ABS as standard.

The BS6 compliant Ninja 300 is also expected to sport the same styling as the India-spec model. Just like the other machines in the Ninja series, it features a sporty new gmass-forward, minimalist-tail design. It gets signature Kawasaki dual LED headlights and a new floating-style windscreen with a gap between cowl and windscreen. In terms of features, it will get a part-digital part-analog instrument cluster and heat management technology.

Kawasaki recently unveiled the 2021 Ninja 250 in Japan which is expected to go on sale later this month. Globally, Ninja 250 is the entry-level offering for the Ninja range of bikes. However, in many international markets like India, the company has replaced the quarter-litre motorcycle with Ninja 300. Upon its launch, it is expected to rival the likes of KTM RC 390, TVS Apache RR 310.