The Kawasaki Ninja 300 sports bike was officially launched in India earlier this year. Offered with ABS as a standard feature, this made in India 300 cc fully faired sports bike is now the best selling twin cylinder motorcycle in India.

Thanks to extensive levels of localization, price now stands at Rs 2.98 lakhs, a reduction of Rs 65,000 as compared to the CBU variant, which was without ABS and was priced at Rs 3.63 lakhs. So the total benefits are of about Rs 80,000 on the made in India Kawasaki Ninja 300. 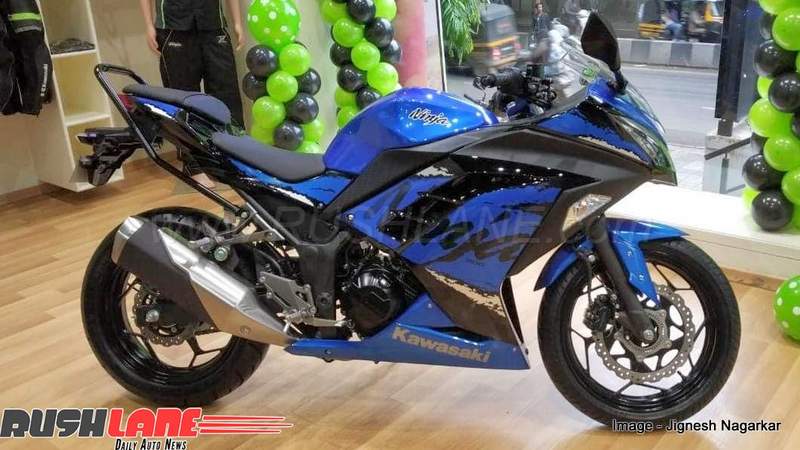 Though the new Kawasaki Ninja 300 remains identical to its earlier counterpart in terms of design, it receives new colors of Candy Plasma Blue and Candy Lime Green shade and a larger 17 liter fuel tank. It gets a new high tensile steel frame which enhances chassis stability while tyres are sourced from MRF for more cost effective pricing now measuring 110mm front and 150mm rear.

The new Ninja 300 also gets LED head and tail lamps and an undated instrument console. It receives petal disc brakes measuring 290mm and 220 mm at the front and rear respectively while it also receives slipper clutch.