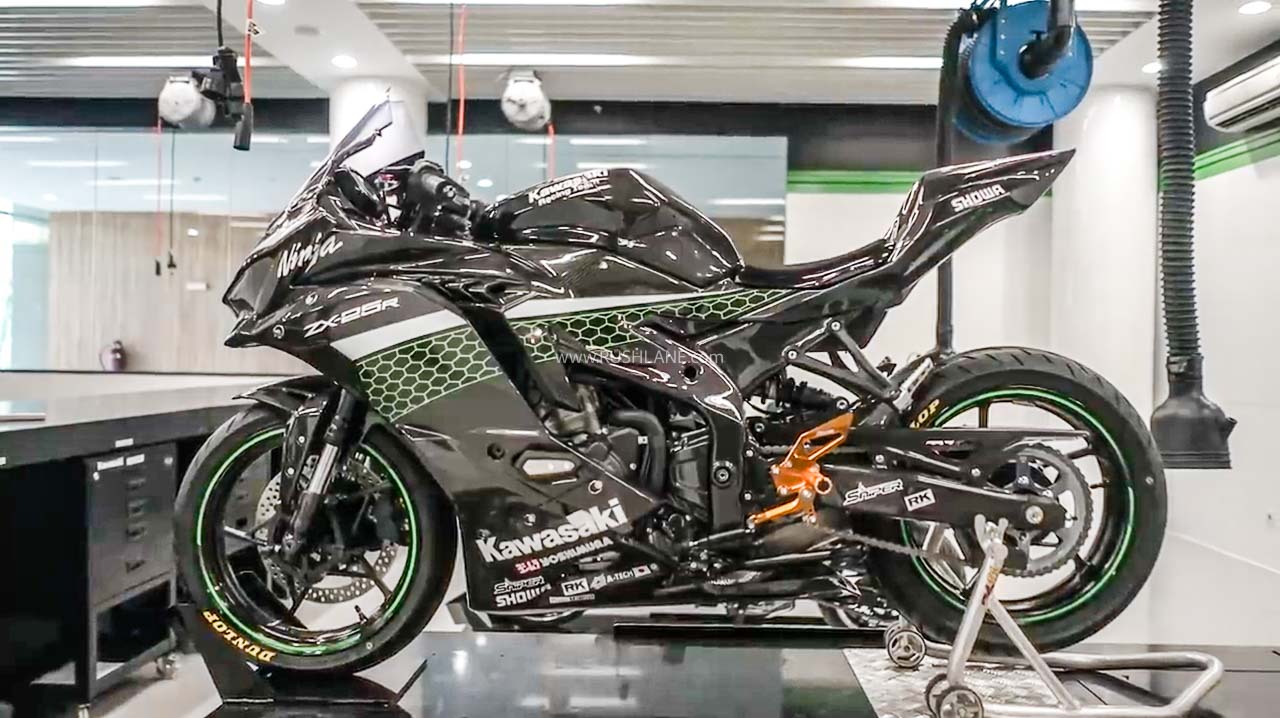 Japanese two-wheeler manufacturer Kawasaki unveiled the Ninja ZX-25R back at Tokyo Motor Show 2019. With a design inspired by bigger models such as the ZX-6R and ZX-10R, the new ZX-25R plays in a unique category thanks to its 249cc ‘inline-4’ power plant. The low-displacement multi-cylinder architecture helps the motorcycle set a high redline — rumours claim it peaks at about 17,000rpm!

Kawasaki has also introduced a track-only or non-road-legal version of the sportsbike earlier last month. Dubbed the Ninja ZX-25R Racer Custom, the motorcycle replaces almost every body panel of the regular model with carbon fibre. Furthermore, the engine breathes more freely and runs on full potential as it does not have to meet any emission norm like its regular road-going counterpart.

A multi-cylinder quarter-litre motorcycle may not be the most sensible choice to many, but those who wish to ride a machine on its limit would have fun times with the ZX-25R. If buying its track version does not seem practical, Kawasaki Motor Indonesia has unveiled a carbon-fibre kit for the regular model. It visually converts the motorcycle into a ‘Race Spec’ version. Watch the installation video below.

The Race Spec kit mostly comprises of a full-carbon bodywork sourced from A-Tech. Unlike the actual Racer Custom, the Race Spec kit accompanies mirrors, licence plate holder and the stock headlamp and tail lamp. Other highlights include a new windscreen, race seat and rear-set footpegs sourced from Sniper. In addition to giving an aggressive riding position, the kit also wears the decals of the original track variant.

To complete the list, Kawasaki has added a Yoshimura Hepta Force exhaust in the package. The actual track model rides on the Ninja ZX-10R’s rear monoshock and comes with a NASSERT-R Evolution Type II full-exhaust system (not street legal). While Dunlop semi-slicks are used on the track, the regular model is shod with Dunlop Sportmax tyres.

As mentioned before, powering the standard 2020MY Kawasaki Ninja ZX-25R is a 249cc liquid-cooled DOHC four-cylinder motor. Kawasaki has not shared its full specifications yet but rumours state that it churns out almost 45bhp while mated to a 6-speed gearbox. Notable features include traction control, riding modes, quickshifter and Showa forks.

The ‘baby 10R’ was supposed to hit certain ASEAN markets including Indonesia by now but the ongoing COVID-19 crisis caused a change in plans. On the other hand, chances of it hitting Indian roads are low.