HomeBike NewsKawasaki Versys 650 owners can get up to Rs 6 L discount... 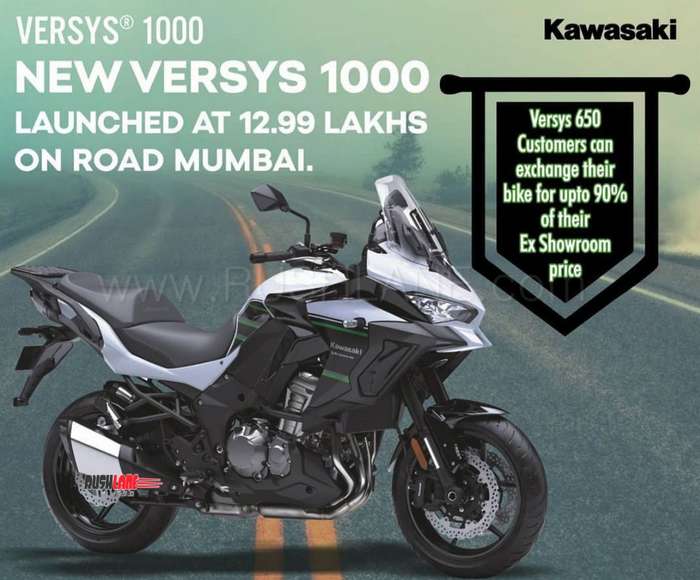 This is what Anzen Kawasaki had to say regarding the new offer. We are now offering exchange option to all our Versys 650 customers who are upgrading to the New Versys 1000!! Indicative exchange rates on Ex-Showroom prices are as follows :
90% for 2018 Versys 650
80% for 2017 Versys 650
70% for 2016 Versys 650
Prices are subjective to change as per the present condition of the Motorcycle. 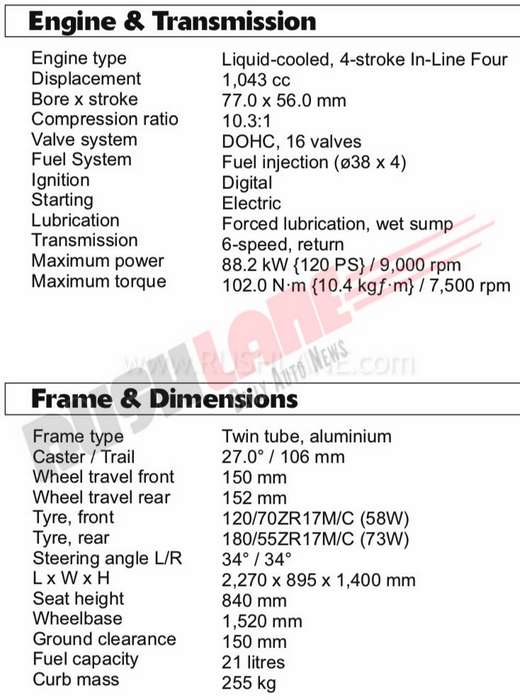 Versys 1000 is the most affordable liter class tourer in India and comes in packed with features. Offered in color options of Pearl Stardust White/Metallic Spark Black color scheme, the Versys 1000 is positioned at the top of the Versys X300 and Versys 650 in company line-up. Brought into India via the CKD route, 2019 Versys 1000 boasts of several updates over its earlier counterpart. It is seen with an LED headlamp, adjustable windscreen, LCD semi digital console and 17” alloy tyres fitted with 120/70 ZR-17front and 180/55 ZR17 rear tyre. It gets seat height of 790mm and fuel tank of 21 liter capacity.

Engine specifications on the Kawasaki Versys 1000 includes a 1043cc, 4 cylinder engine seen powering the Ninja 1000. This engine is tweaked to offer 120 hp power at 9,000 rpm and 102 Nm torque at 7,500 rpm. Bookings have opened for the new Kawasaki Versys 1000 with deliveries slated to commence from March 2019. The new Versys 1000 will face competition from the Ducati Multistrada 950 and the Honda Africa Twin, both of which are priced higher than the Versys 1000.