As Kia Motors India prepares to launch its first car here, the company has begun trial production of the SP Concept SUV. It will be launched by June 2019. In the meantime, Kia has also been testing other cars in India. Though there’s no indication of launch for anything other than Kia SP2i Compact SUV for now.

2019 Kia Cerato was recently spotted by Sai Ram Chitturi, while it was getting refuelled. The car was not wearing any camouflage, and thus all design elements were revealed. 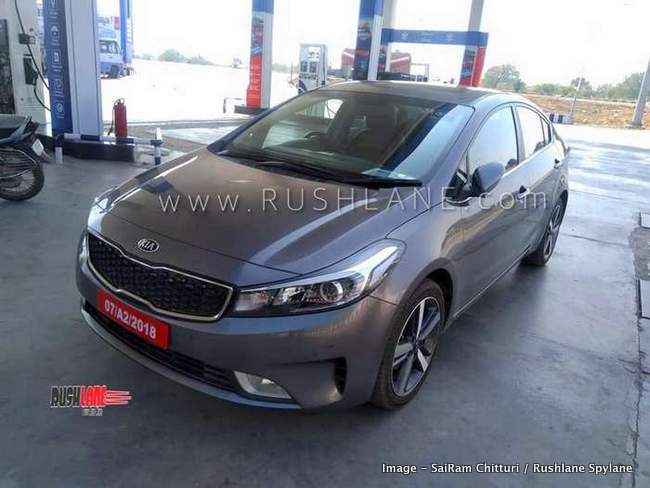 2019 Cerato boasts of a new front fascia with a tiger nose grille, sleek headlamps with integrated LED DRLs, shark fin antenna, turn indicators positioned on the lower bumper along with fog lamps, lower air intakes and new tail lamps along with LED graphics. At 2018 Auto Expo, as Kia Motors showcased a range of vehicles it already sells overseas, the Cerato sedan too was on display.

The stubby rear end receives a lower lip spoiler and mono exhaust while the new Cerato sits on 17″ alloy wheels. Dimensions have been increased and the Cerato is now 81mm longer and 18mm wider while it is 13mm taller than its outgoing counterpart, which results in more interior space and boot capacity that stands at 428 litres. 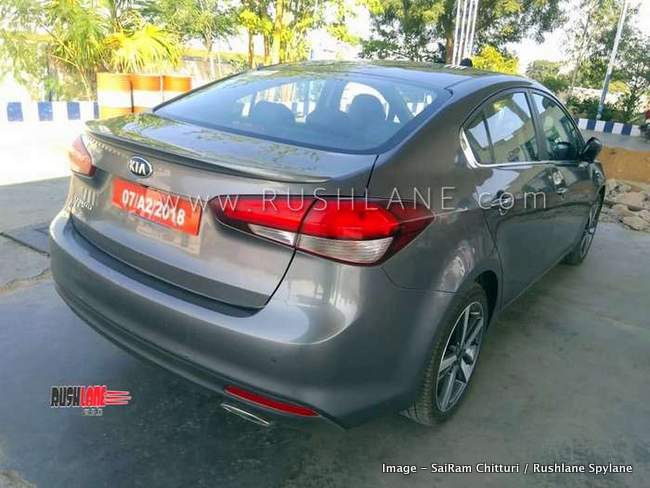 Interiors of 2019 Kia Cerato also see some changes which include a new infotainment system, new instrument cluster and steering wheel design along with new AC vents, an updated gear lever, buttons and switchgear. Leather seating with integrated headrests are also part of its interior updates.

Speaking about company plans, last week Kia India opened their first dealership. Located in Noida, the dealership houses modern day Kia cars, which are currently on sale around the world. Apart from this, many more dealerships will open in different Indian cities, before their first car is officially launched this year. The idea is to promote the brand, ahead of their first car launch.