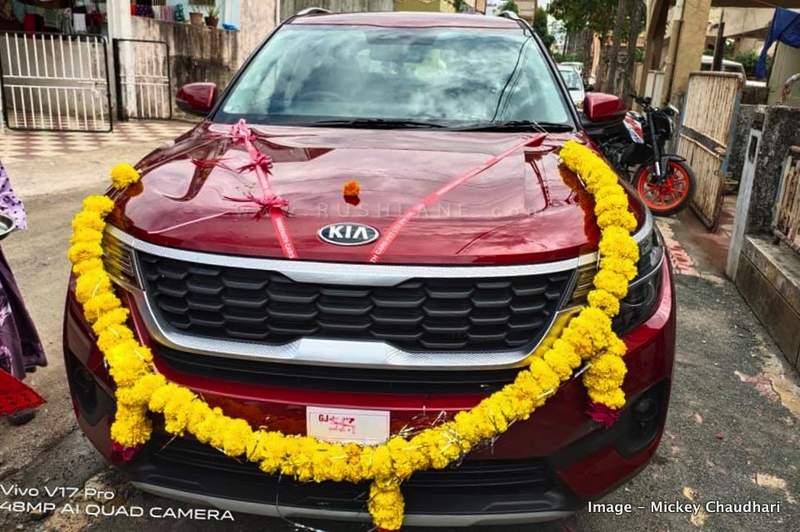 Kia Motors has only one offering in India, the Seltos. However, it is with this sole SUV that the company has been able to scale the sales charts in the past month. It is to be noted here that Kia launched their first ever car in India on 22nd Aug 2019.

Within 3 months of launch, the company has now become the 5th largest car maker of India; overtaking the likes of Honda, Toyota, Renault, Ford, Volkswagen, etc. For Oct 2019, sales of Kia Seltos stood at 12,850 units.

Thanks to this, Kia Motors currently commands a market share of 4.52 percent in the Indian passenger car industry. Kia Motors at No. 5 was surpassed by automakers such as Maruti Suzuki, Hyundai, Mahindra and Tata Motors. Below is the detailed sales table for Oct 2019.

Kia Seltos is the highest selling SUV in its segment. Price between Rs.9.69 and Rs. 16.99 lakhs, it has not only surpassed the Hyundai Creta, which was once the best selling SUV in the country, but has also scaled past sales of the Jeep Compass and Tata Harrier.

Sales of the Kia Seltos have been steadily rising. A total of 6,236 units were sold in August 2019 which increased to 7,754 units in September and there on to 12,850 units in the past month. When comparing sales to September 2019, it may be noted that there was a 65.72 percent jump in sales which is particularly notable considering the fact that the company has just made its presence felt in the country.

Offered in two trims of Tech Line and GT Line and in 3 engine and 4 transmission options, the Kia Seltos sees several segment first features along with the UVO Connect technology with 37 smart features that gains the attention of buyers in the country.

The Seltos is priced from the Kia plant in Anantapur, Andhra Pradesh into which the company has invested $1 billion. Exports to countries like South America, Middle East and South Asian are undertaken via the Chennai Port with the company having signed an MoU with Hyundai Glovis for export logistics.

Having seen such tremendous response to the Kia Seltos, the company now plans two new cars in 2020. These include the QYi compact SUV and Kia Grand Carnival. Both will be showcased at the 2020 Auto Expo prior to launch in the country.