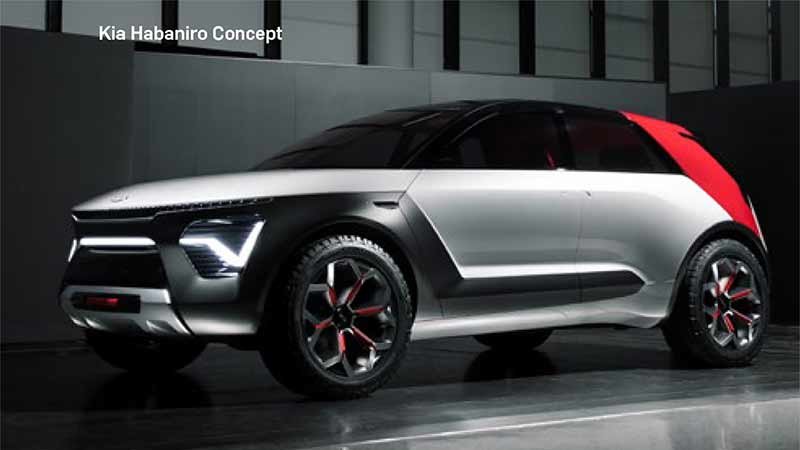 The Hyundai Venue sub-4m compact SUV is all set to make its world premiere in India as well as in New York on April 17. So, it is only a matter of time before Hyundai’s sister company Kia comes up with its own version of the compact crossover based on shared platform. As it turns out, Kia is not planning to wait around and give Hyundai a big headstart.

Kia Habaniro SUV concept is scheduled to make its world premiere on April 17 at 2019 New York International Motor Show alongside the Hyundai Venue. Going by the size, Habaniro concept previews Kia’s version of the Venue, albeit in a three-door bit car, bit concept avatar. Given that India is one of the primary markets for the Venue, it is reasonable to expect a production version of Kia Habaniro to follow a similar strategy as well.

An image of the Habaniro concept has been leaked online, giving us a clear idea on what to expect. For starters, the concept harbingers a completely new design direction which could eventually become Kia’s next gen brand identity, or nothing.

The trademark Tiger Shark grille has been retired in favor of a massive X-shaped silver element which wraps around the fenders and extends till mid-way of the rear doors. The unique LED lighting signature complements the X-element. The profile is relatively conventional with a flat roofline and contour-less sheet metal panels. Overall, like most of the small SUVs, the Kia Habaniro concept has the appearance of an overgrown hatchback.

Details about the technology, timeline for launch, and market positioning are expected to be revealed at the time of unveiling. We expect the Kia small SUV to borrow its powertrain lineup and advanced features from its Hyundai sibling.

Kia Motors’ brand new plant in Anantapur, AP, is likely to be the primary production location for the upcoming mini SUV. That way, both Kia and Hyundai can leverage economies of scale and keep the pricing competitive not just in the local market but also in export markets. Needless to say, in addition to conventional IC engines, the platform will be compatible with hybrid or pure electric drivetrain.