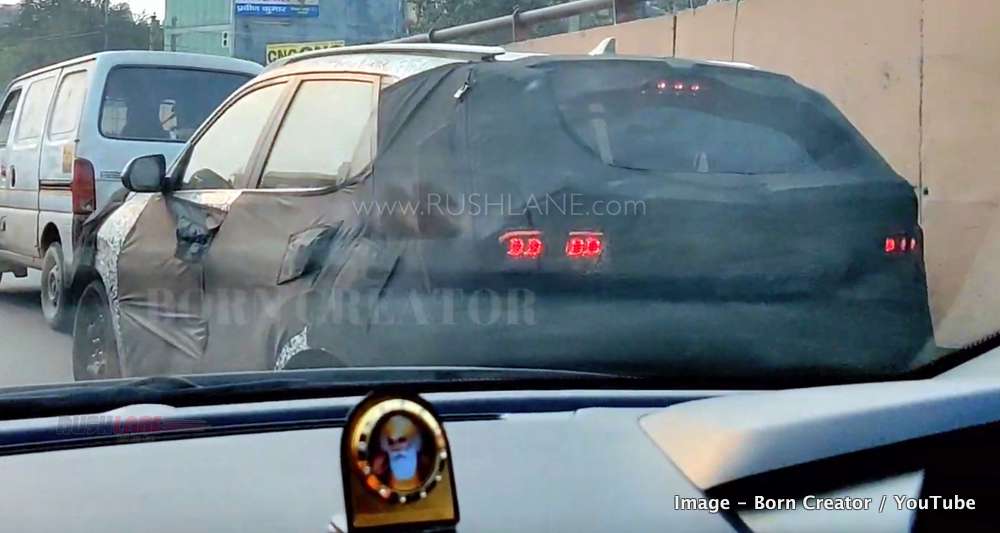 Kia delivered 2,184 units of Seltos this Dhanteras and the South Korean manufacturer seems to be planning to break its record next year. After a successful launch of the Seltos, Kia is now planning to bring 2 new products in India.

While one product will be the Carnival MPV (which is already on sale in multiple countries across the world), the other will be a country-specific new product, just like the Seltos. Coincidentally, it will again be a monocoque SUV, however this one will measure less than 4 metres in length.

Internally the new sub 4 metre SUV is codenamed as ‘QYi’ and is also popularly known as Baby Seltos or Mini Seltos. While the SUV has been spied testing couple of times in the past, this time it was captured on video by YouTuber ‘Born Creator’. The SUV was spotted while it was testing in Delhi NCR.

While the test mule was heavily camouflaged, what could be easily noticed were the LED tail-lights in the rear. Also, it is clear that the QYi will have a modern crossover-ish profile and won’t be having a typical SUV-like boxy structure.

However, to add to the SUV feel, Kia will be providing roof-rails on the top. Other minor detail which can be noticed from the video is that the car will be getting a shark-fin antenna (at least the top-end trims), which will add to the modern feel of the vehicle.

Though exact details of the product are limited at the moment, we can still safely predict that the car is being designed while keeping Indian customers in mind. Also, the fact that there is no other car in Kia’s global stable which could fit in as a proper sub-4 metre SUV shows that this is an all-new product for India, which might be introduced in other countries later.

While it is clearly a new product for Kia, it will be sharing its platform and considerable mechanicals with the Hyundai Venue (which was launched earlier this year). This would mean that customers will be getting similar powertrain options like the Venue on the QYi.

Global unveiling is scheduled to take place at the 2020 Auto Expo in Delhi NCR. Launch shall take place by July 2020. Post launch, it will be facing stiff competition from the likes of Hyundai Venue, Maruti Brezza, Mahindra XUV300, Tata Nexon and Ford EcoSport.