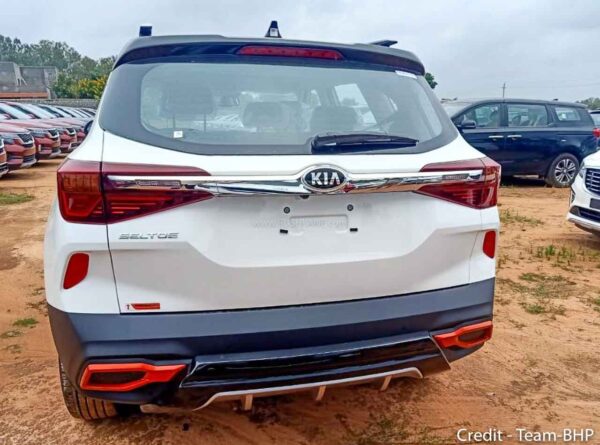 Launched in August 2019, the Kia Seltos has been one of the hottest selling passenger cars in the country since day 1. The lockdown did briefly slowed things down but the crossover has managed to resume its strong show on the sales chart once again. With the festive season upon us, the automaker has decided to celebrate a slightly overdue one year anniversary of its entry into India.

We have gotten our hands on the details of Kia Seltos Anniversary Edition which is set to be launched in the coming days. The special edition model is based on the mid-level HTX trim and comes with a bunch of exclusive features. 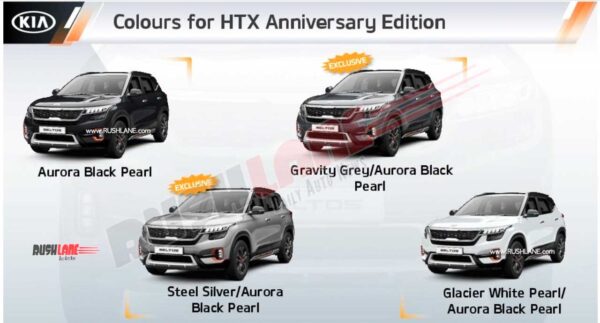 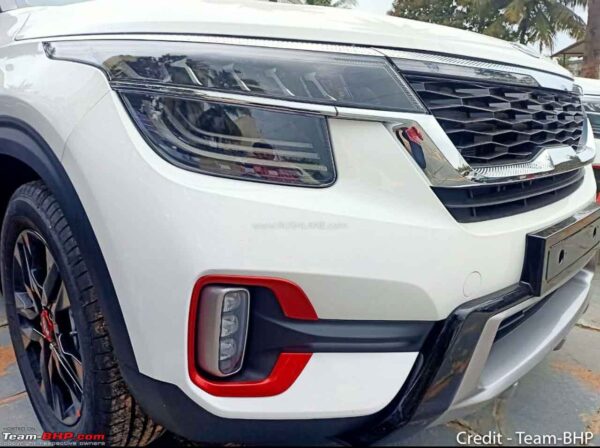 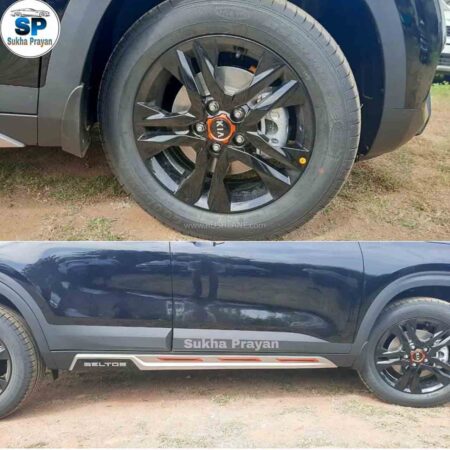 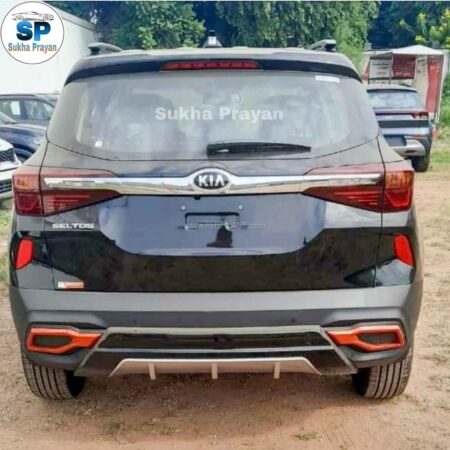 This is closer to US spec Seltos length, that is 4370mm. Leaked material says that the increase in length is due to the revised skid plates at the front and rear. It has no added advantage on the space inside, or to the boot space. 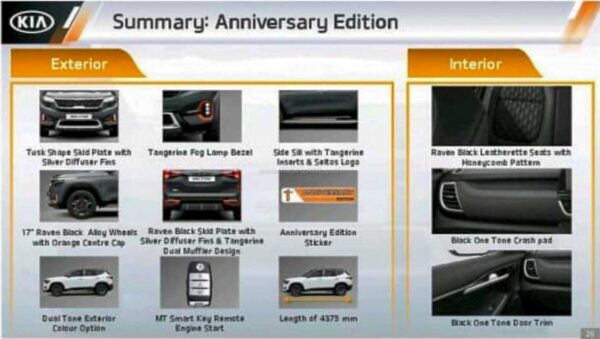 On the inside, the Kia Seltos Anniversary Edition gets leatherette upholstery and full black trim for the door pads. The manual variants also get Smart Remove engine start feature as well. 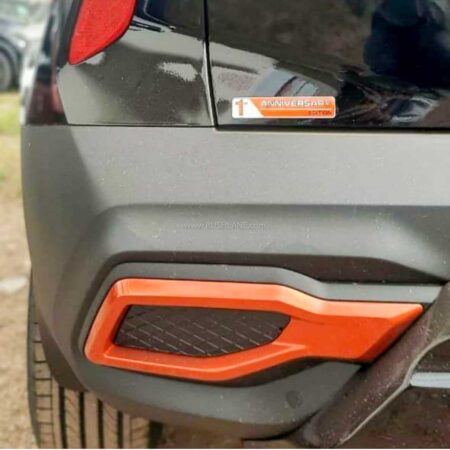 There are no mechanical changes to the anniversary edition. The petrol motor dishes out 115 hp and 144 Nm of torque while the oil burner is just as powerful as the petrol unit but offers a higher torque output of 250 Nm.

Features At A Glance

The Seltos Anniversary Edition is expected to reach showrooms across the country in a matter of days. It is likely to command a slight premium over the regular HTX variant.

Update – Kia Seltos Anniversary Edition has arrived at dealer yard. The article has been updated with spyshots, credit to Team-BHP member DKSV and Sukhaprayan.