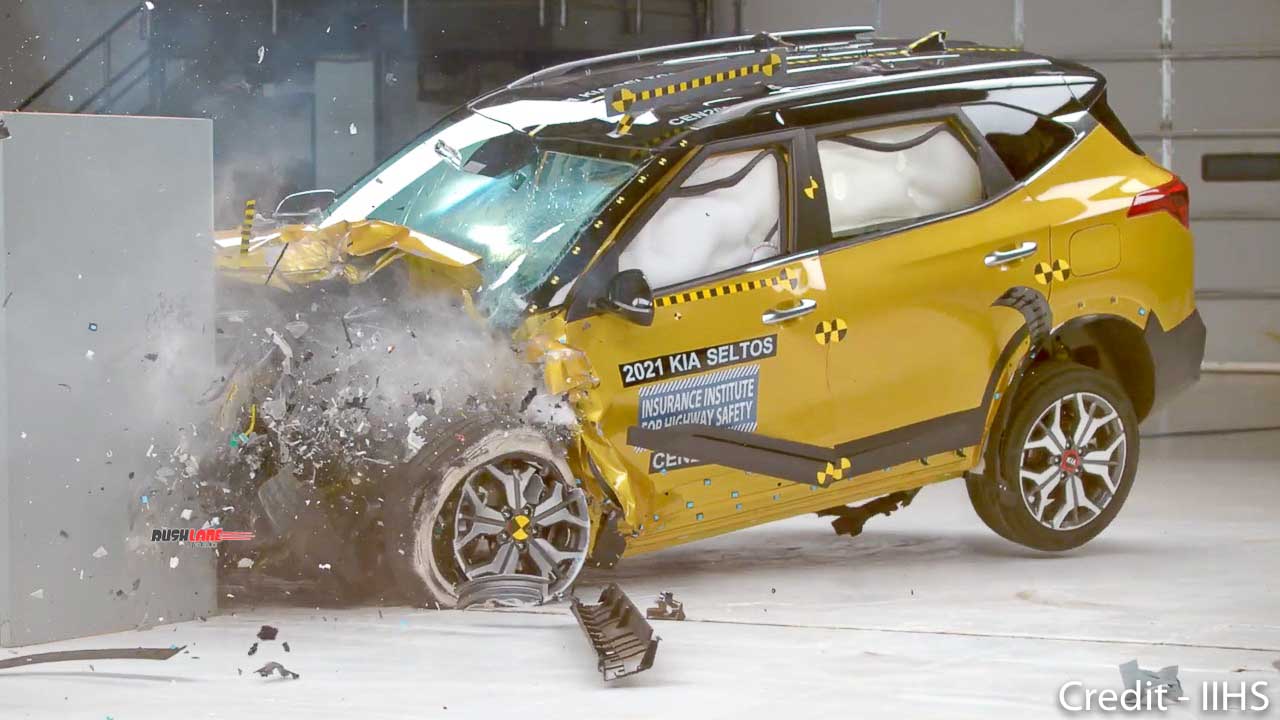 If it’s not for the ‘poor’ headlamp rating, the Kia Seltos would have qualified for the IIHS 2020 Top Safety Pick Award

The US-spec Kia Seltos compact crossover has been subjected to IIHS (Insurance Institute of Highway Safety) crash and safety tests recently and it has emerged with flying colours. The crossover which enjoys immense popularity in India has managed to receive an overall rating of good.

The vehicle’s structure has been categorized as ‘good‘. The car also scored high marks for preventing critical injuries to the driver. Below is the crash test video, shared by IIHS.

Led down by poor headlights

Despite scoring high marks in all critical parameters, the Kia Seltos failed to qualify for IIHS’s coveted 2020 Top Safety Pick award due to poor performance of headlights. Depending on the trim level, the compact crossover offers halogen or LED headlamps but both versions were deemed to be inadequate when it comes to illuminating the road along the curves. At least one good or acceptable rating for the headlamps would have make the vehicle eligible for the safety award.

The crash test evaluation of the India-spec Kia Seltos is not available yet but we expect it to perform just as well as its US counterpart. It is to be noted that the India-spec version does not offer the front crash prevention system which is an option on the US-spec model. The safety highlights of Indian Kia Seltos include 6 airbags, ABS, hill start assist, electronic stability control, vehicle stability management, tyre pressure monitoring system and so on.

The Kia Seltos has been a huge sales success in India, making the South Korean automaker the fastest to cross 1 lakh sales milestone in the country. Moving forward, Kia will soon launch the Sonet which has already managed to amass over 10,000 bookings. Like its bigger sibling, the upcoming sub4-m crossover is expected to be have India as its primary market but will be sold in several international markets as well.