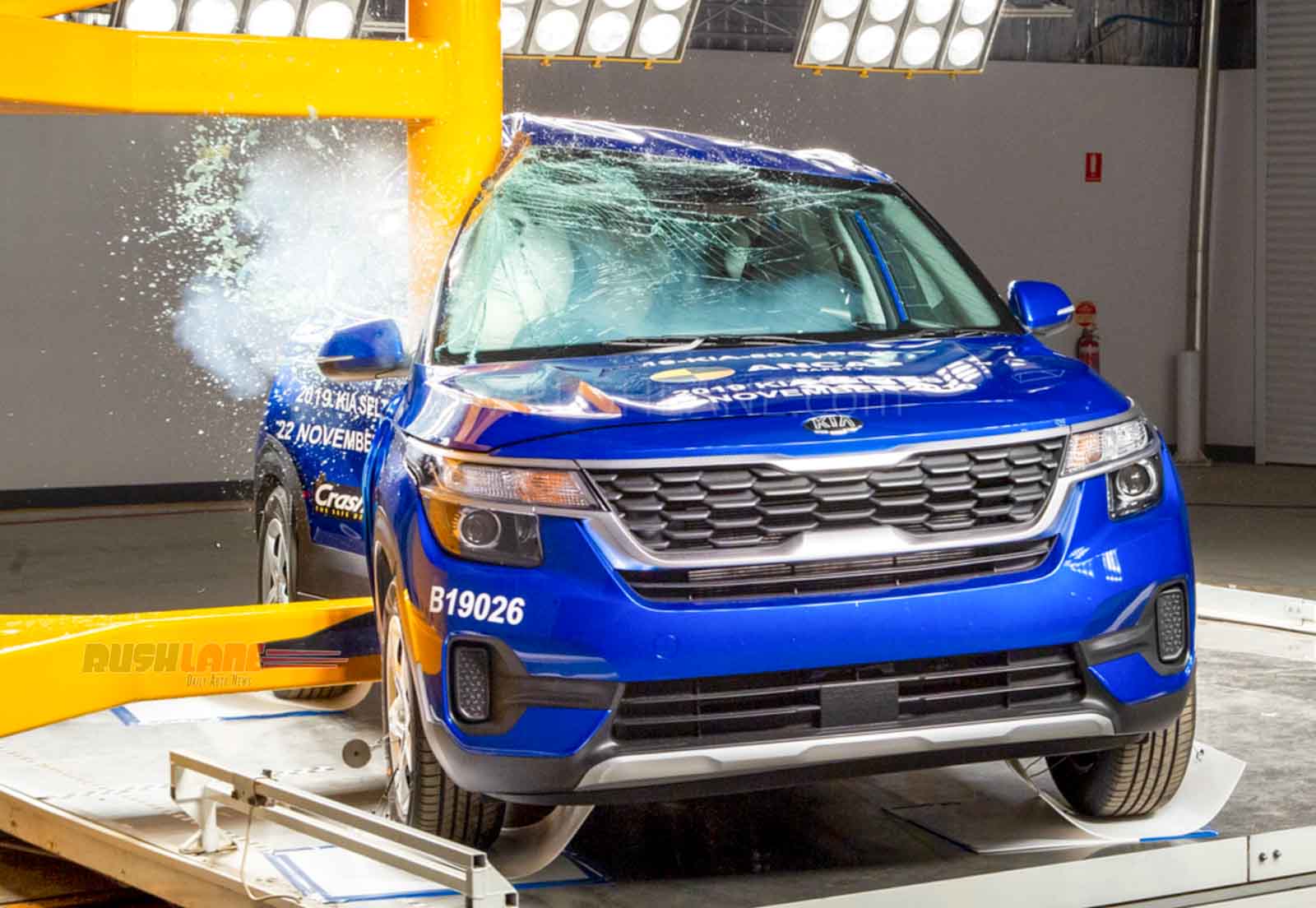 The mid-size SUV (compact-crossover, technically) became an instant success and the South Korean brand is seeing strong numbers on the sales chart. Some of the main highlights of the Kia Seltos are its looks, wide range of variants, equipment levels and dynamics (for its class). Now, the compact-SUV has accomplished a new feat by acquiring a 5-star safety rating in ANCAP (Australasian New Car Assessment Program) crash tests.

Kia Motors launched the Seltos in Australia and New Zealand in October 2019 and the ratings apply to all variants available in those markets. Watch the crash test video below.

However, do keep in mind that safety regulations in these countries are much more stringent than in India. For instance, Australian-spec Kia Seltos models come standard with Autonomous Emergency Braking (radar-based in higher variants), Lane-Keep Assist with Departure Warning and much more. In India, the top variant of the Seltos boasts of six airbags, a 360-degree camera system + front and rear parking sensors; blind-view monitoring (on the instrument cluster), alongside other comfort and convenience features.

While the India-spec Kia Seltos comes in more than 20 variants under two trims (Tech Line and GT Line), the Australian version mainly gets six variants: S, S Plus, Sport, Sport Plus, LX and LX Plus. It is not sure if the foreign versions of the Kia Seltos share the same build quality as its Indian avatar. Since the Australian version scored five stars in ANCAP tests, safety standards of the Indian version may not be a major setback, especially in comparison with the other cars on the market.

In November 2019, Kia Motors registered a 9% market growth with its single-product portfolio and the figure is expected to rise even further by the end of this month. The Indian market is not particularly concerned about class-leading safety standards, but the news of the Seltos attaining a five-star safety rating will only boost its overall desirability.