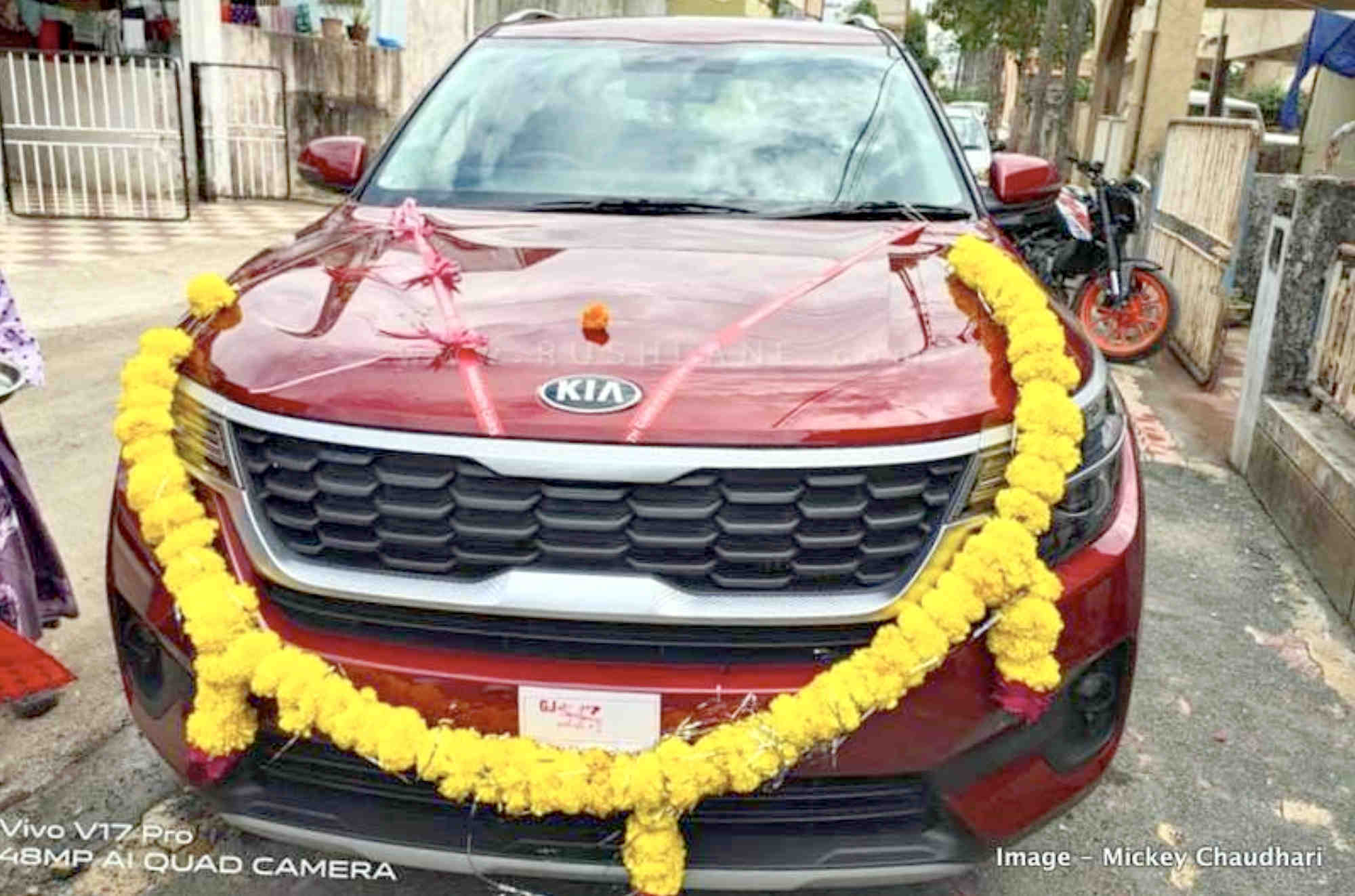 Not only in India, Kia Seltos demand is on the rise in all the countries where it has been launched. The new Kia global SUV is setting new sales records in India as well as countries abroad.

Kia saw Seltos sales cross the 12,850 mark in the domestic market in Oct 2019. This made Kia Seltos the best selling SUV in India for the month. Now, exports data reveals that Kia Seltos is also one of the highest exported car from India. Featuring on the 7th spot, in the list of Top 10 exported cars from India for Oct 2019, Kia Seltos exports for Oct 2019 stood at 1,850 units.

On the top of the exports chart was Nissan Sunny sedan – a car which registered sales of just 21 units in India, has registered exports of 6,025 units. This is a 65% rise in exports of Sunny, when compared to figures of Oct 2018. For those who wonder what Nissan is doing in India / or how it is sustaining; well, here is the answer. 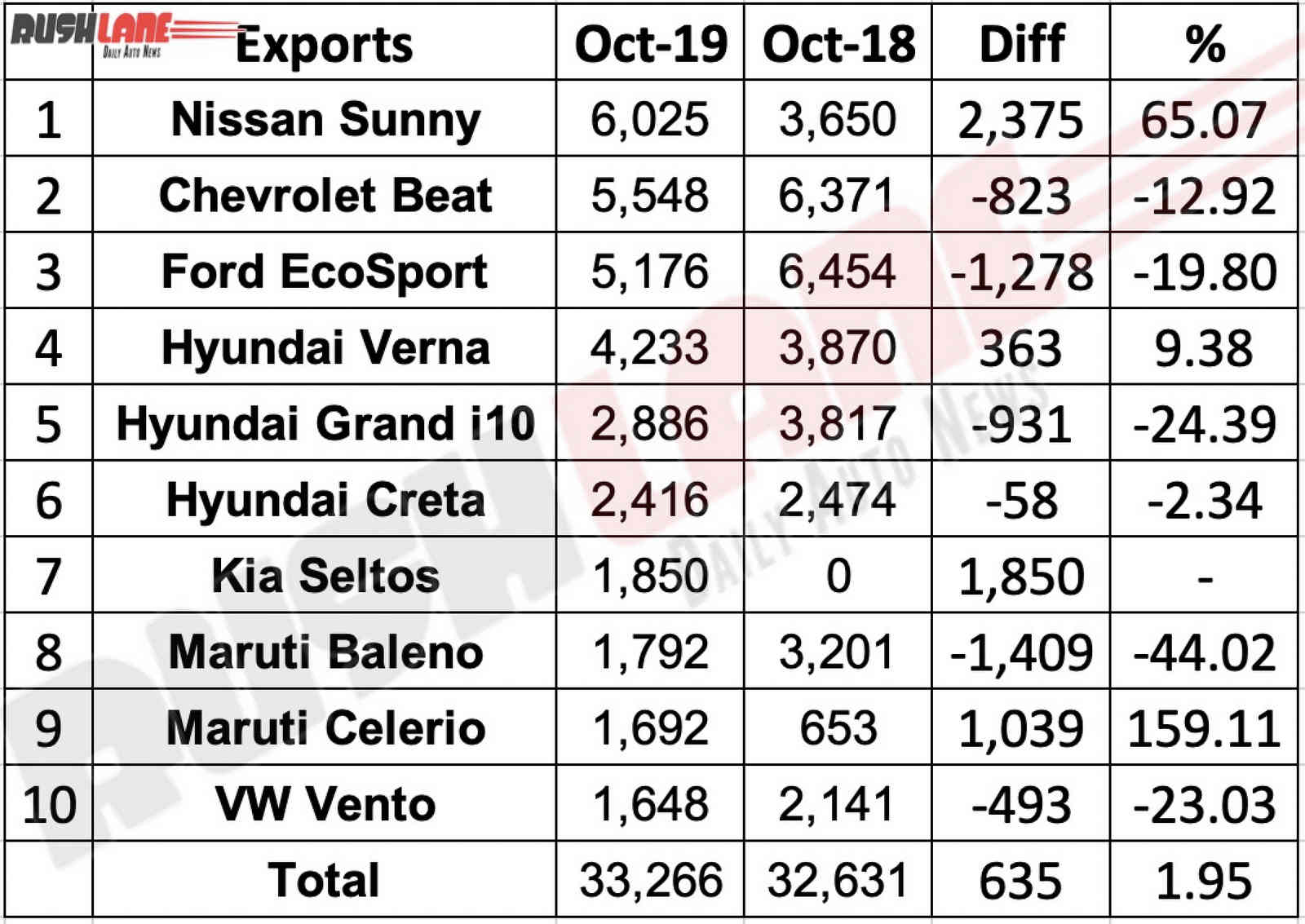 On the 2nd spot is a car which is not even on sale in India. Chevrolet Beat exports stood at 5,548 units. In comparison exports of Chevy Beat has declined by about 13%. On the 3rd and 4th spots are Ford EcoSport and Hyundai Verna respectively. Both cars have posted lower domestic sales when compared to their respective exports for the month.

Speaking about Kia Seltos, the SUV was launched in the US recently. It has also entered the final list of World Car of The Year award. In India, Kia has already received over 60,000 bookings of Seltos. Waiting period is about 2 months on average. With Kia Seltos a success, the company is now getting ready to launch their next car in India – Carnival MPV.

Kia Carnival will go on display at the 2020 Auto Expo. It will be a more premium alternative to the Toyota Innova Crysta in India. It will measure 5,115mm in length, 1,985mm in width, and 1,740mm in height, with a 3,060mm wheelbase which makes it longer and wider than the Innova Crysta. It will boast of a lower slung construction, sliding doors, captain chairs with extendable leg rests, arm rests and higher quality infotainment system with multiple 10.1” screens.

For India, the Carnival MPV is expected to get a BS VI compliant 2.2 liter, 4 cylinder, turbocharged diesel engine offering 202 hp power and 441 Nm torque mated to a 6 speed automatic transmission while a 6 speed manual could also be on the cards. Booking announcements could commence sometime in mid January 2020.