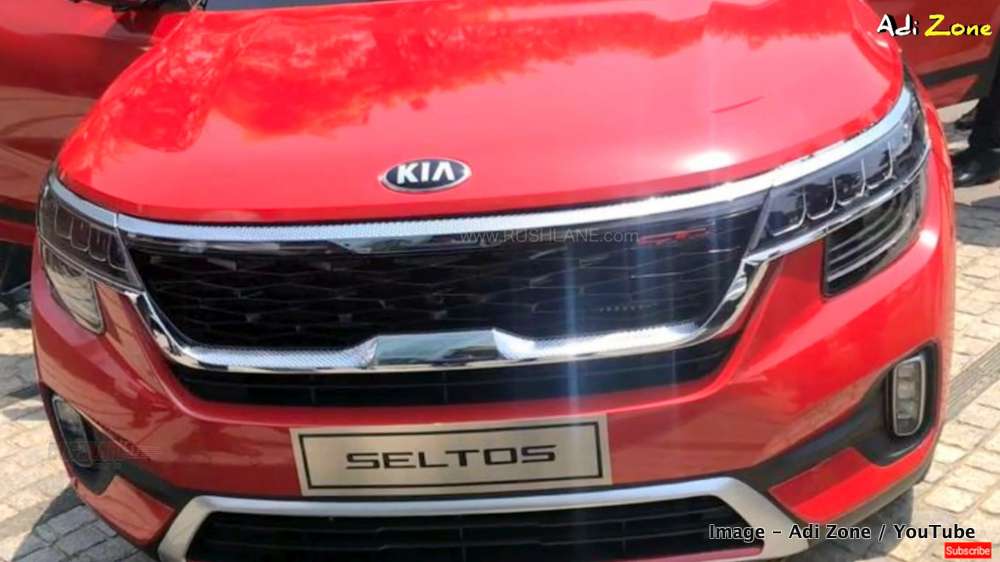 Based on a new generation platform, Kia Seltos is getting ready to be launched in India. Last month, Kia unveiled the car to media at a gala event in New Delhi. But unfortunately, interiors of the cars were not revealed as Kia officials were against opening doors of the Seltos.

Kia India recently showcased the Seltos to their dealers. Some photos from the event have leaked, and have been shared online by Youtube channel Adi Zone. These new leaked photos of Seltos not only reveal the interiors of the SUV, but also detail its specs, engine output, dimensions, etc.

At the event, there were atleast two Seltos units on display. One features the state of the art 10.25 inch touchscreen system while the other features a smaller touchscreen with buttons and knobs on the side. The unit is seamlessly integrated with the driver info console on the dashboard. 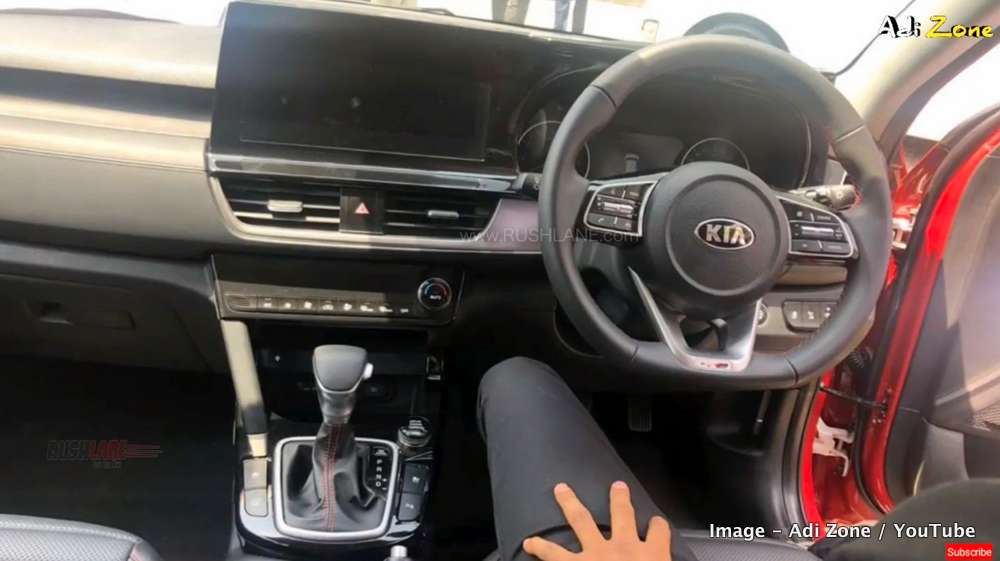 The Seltos which has smaller touchscreen system is believed to be the mid variant while the one with larger unit is the top GT Line variant. Both variants are mated to an automatic transmission. Though the gear lever is similar, the gearbox underneath are not same. The mid variant gets IVT / 6 AT while the GT Line gets state of the art 7 speed DCT unit.

Interiors are done in all black, giving the car a sporty feel. Flat bottomed steering wheel is wrapped in soft leather and features controls to the MID, touchscreen, calls, head-up display, etc. The seats look big and comfortable. Front seats also offer lumbar support. Rear seats are spacious enough for 3 adults. The center seat portion can be folded and converted into an arm rest for rear passenger/s.

Along with rear AC vents, Kia Seltos also features an innovative air purifier system. It also gets state of the art Bose speakers, which promise to deliver best in class music experience inside the cabin.