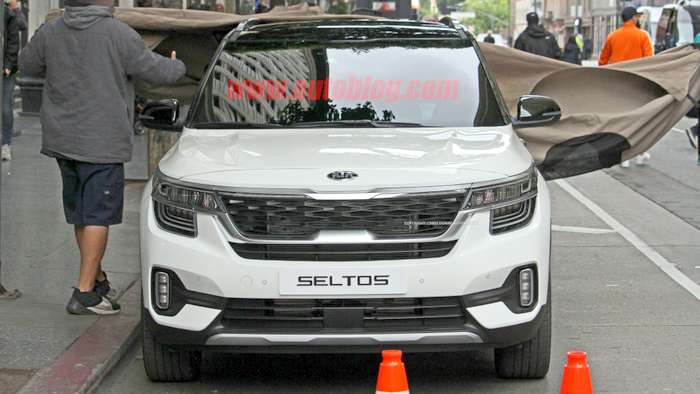 Kia Motors is all set to launch its first product in India in the coming months. Ahead of the official unveil, which will take place on 20th June 2019, the SUV has been spied undisguised in the US. Wearing the name of Kia Seltos, this new C segment SUV is a global product.

Talking about the product, it was showcased for the first time in its concept form at the 2018 Auto Expo. Since then, Kia has continuously displayed the concept over the last few months at various occasions. The closest one could get to the final product was during the trial-production run at company’s plant in Anantpur, AP.

As far as the global version is concerned, Kia had recently displayed the near production-ready global variant at the 2019 Seoul Motor Show in March 2019. Powering the Kia Seltos in India will be new generation 1.5 liter petrol and diesel engine options. It will be offered with manual as well as automatic transmission option. It will also get eSIM connected car tech, just like Hyundai Venue. 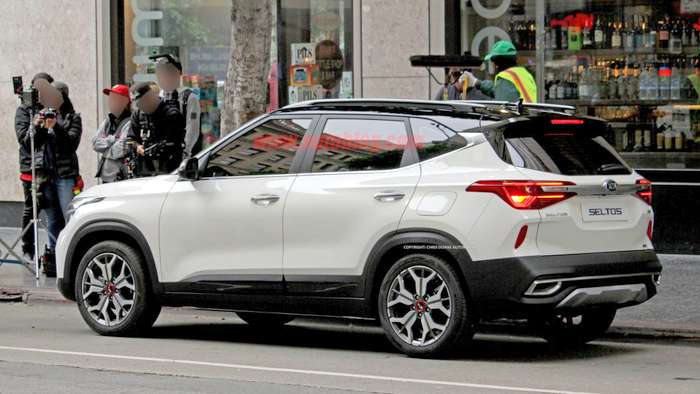 Back in India, the SUV has been spotted testing regularly across the country. The car’s debut is slotted for 20th June 2019 and is expected to be launched before the upcoming festive season. An India-wide launch is expected to take place by August-September’19, at max.

Being a global product, the Kia Seltos SUV will be offered in both Left-Hand Drive and Right-Hand Drive configurations. India will get the RHD variant, though LHD countries will get appropriate variants. Kia had released the design sketches of both the variants and though both of them look almost similar (except the placement of driver console), there are some subtle differences.

Both the variants do get 10.25-inch touchscreen infotainment units. The Indian variant will have the media unit wrapped in piano black panel, which also surrounds the instrument cluster. However the global-spec vehicle will have a stand-alone media-unit. The other minor change between the two variants is the way the grey/silver accents are included in the central AC vents.

Pricing of the Seltos SUV is expected to be in the Rs 10 -16 lakh range, hence , once launched, the Kia Seltos SUV will compete with the likes of Hyundai Creta, Nissan Kicks, Tata Harrier, MG Hector and Mahindra XUV500.