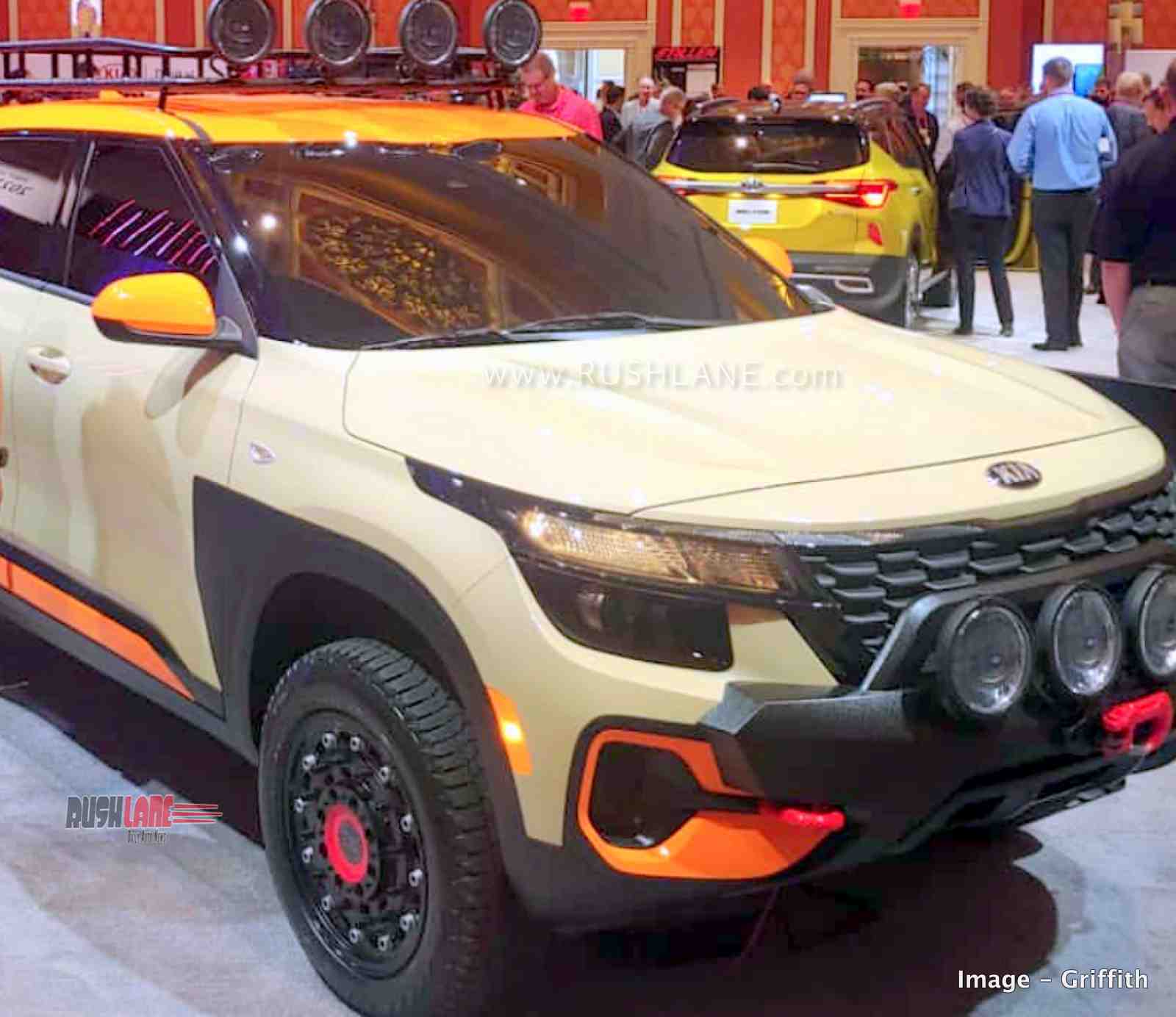 Kia Seltos is a global SUV. Already launched in many countries, Kia Motors is now getting ready to launch the Seltos in the US. Ahead of that, the SUV was showcased at a dealer-only event a few hours ago.

Apart from displaying the regular Seltos which is on sale currently in other countries, Kia America also showcased two modified variants of the Seltos. Both having some degree of off-road modifications, the two concepts give a fair idea as to how the Seltos is adaptable to mod jobs.

One of the Seltos off-road mod job is based on the base trim, and is missing out on the LED DRLs, LED headlights. It is seen in a off-white sort of body colour with orange accents on the side skirts, front and rear bumper. It also gets orange roof and orange outside rear view mirrors (ORVMs). 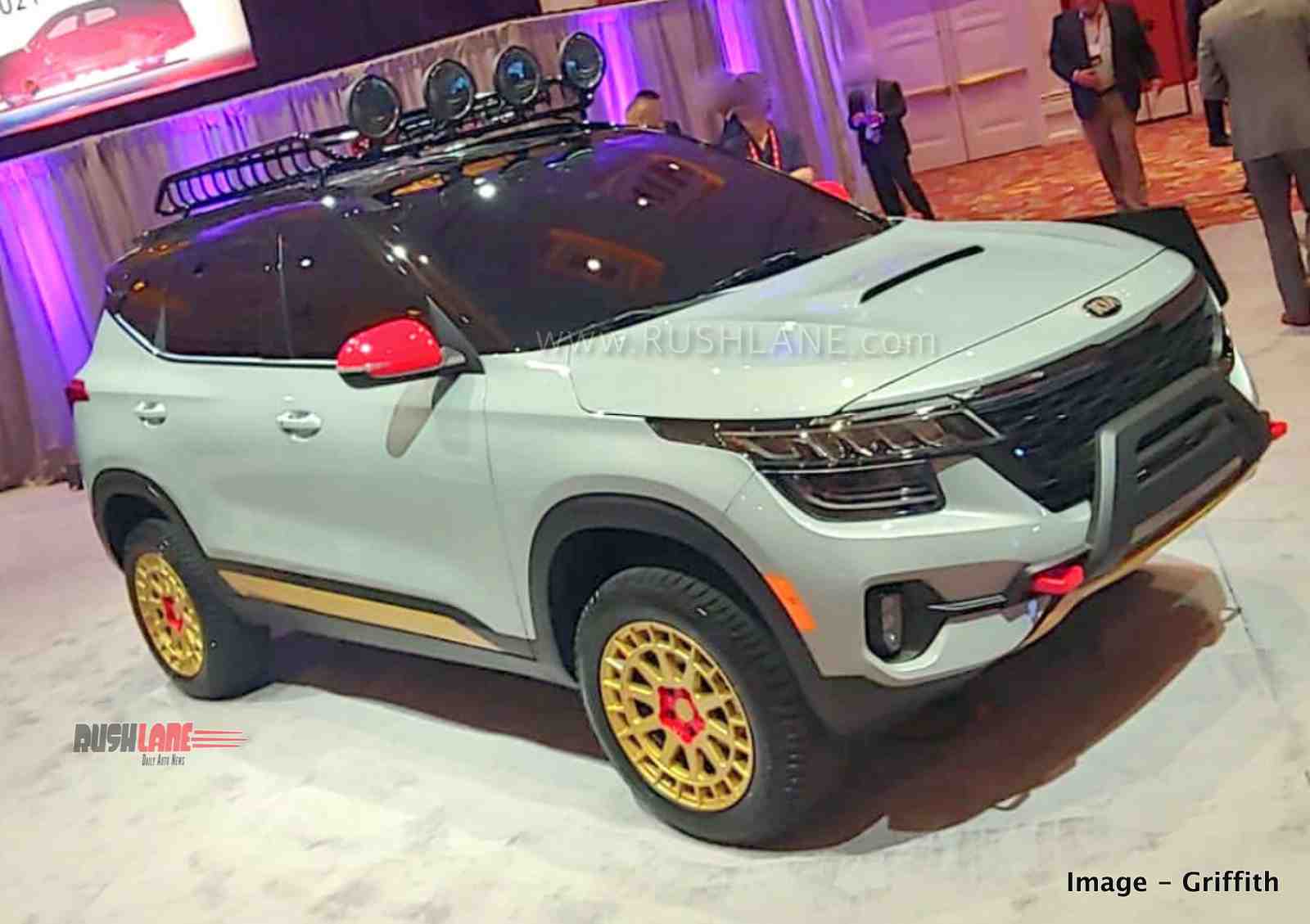 In the front it gets all black grille, with a matte finish. The surroundings of the headlight too are finished in black. Additional 4 lights are installed in the front – on the bumper. Four more lights are seen on the roof, installed on the roof carrier.

From the side, one can notice that the ground clearance has been increased. The suspensions are also different, which now has more travel. Tyres are off-road spec, ready to take on any terrain. In the front and rear there is a tow hook. There is also a winch.

Speaking about the 2nd Kia Seltos modified variant, this one is finished in white body colour with black roof. This one is based on the top of the line variant. It gets LED headlight with LED DRLs. It gets golden colour accents on the front bumper, rear bumper, side skirts and wheels.

Like the first one, the second one also gets raised ground clearance with new suspension setup. It also gets off-road tyres. Front and rear tow hooks are in red. In the front, there is chrome treatment near the grille and headlight. There is a new additional protection to the bumper in the front. There is a scoop on the bonnet as well.

Additional 4 headlights can be seen on the roof, which are installed on the roof carrier. ORVMs are finished in contrast bright red colour. Powering these two Seltos modified variants is a 1.4 liter turbocharged petrol motor which delivers 140 PS power and 242 Nm torque via 7 speed DCT. Below are more images of the two cars.