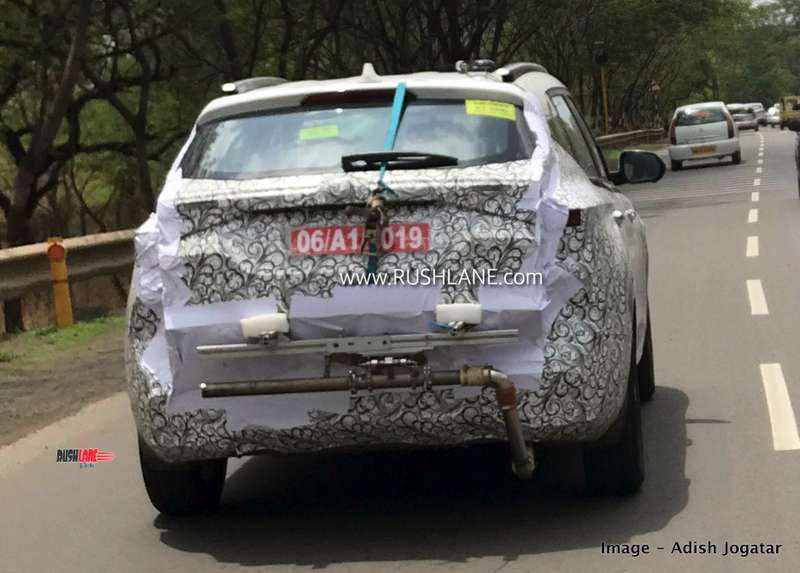 Kia SP2 concept made its debut at the 2018 Auto Expo. It’s production variant was officially christened as Seltos earlier this month. Named after Celtus, the son of Hercules, but sporting the letter ‘S’ which stands for sportiness and speed.

The name was revealed after it was spied undisguised at a TVC shoot sporting the name Seltos on the car’s number plate. Kia Seltos will make its world premiere on 20th June 2019 in India while launch is slated for sometime later this year.

Ahead of its global debut, Kia Seltos has been spied outside of Pune, wearing emission testing equipment. The car featured BS6 sticker on it. It is believed the car was getting BS6 homologation done by ARAI. Images are credit to Adish Jogatar. 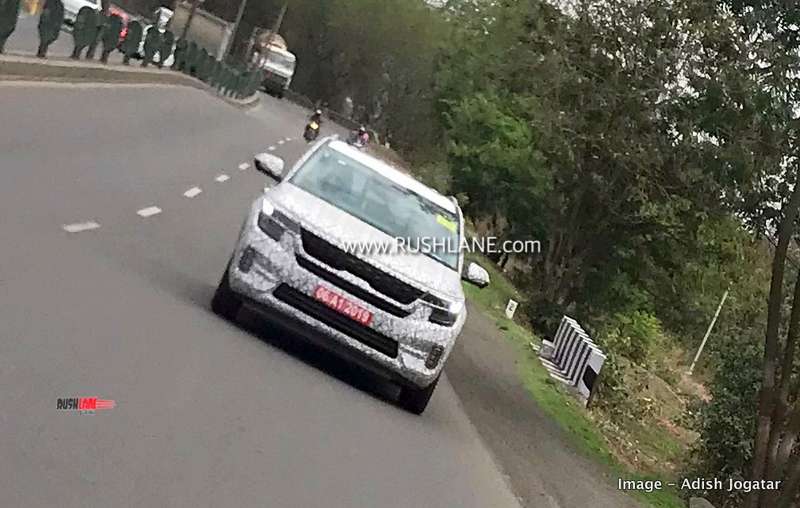 Kia Seltos enters a highly competitive SUV segment. It is being produced at the Kia Motor’s manufacturing unit in Anantapur in Andhra Pradesh. Leaked images show off the exteriors of the Seltos with a signature tiger nose front grille which is flanked by LED headlamps and DRLs.

Interior features and design elements of the Kia Seltos also get detailed in leaked images showing off its black cabin, leather seating and piano black inserts on the dashboard. The leather seats get independent headrests while armrest can be seen at the front and rear.

Interiors are spacious with sufficient head, shoulder and leg room even for passengers at the rear with the rear cabin area receiving AC vents. The list of features also includes a 360 degree camera, heads up display, wireless phone charging, a 10.25”touchscreen infotainment system, paddle shifters, ambient lighting and a Bose surround sound system.

Though no engine specifications are announced as on date, the Kia Seltos could get a new 1.5 liter petrol and 1.5 liter diesel engine with manual and automatic transmission options. It is slated to be priced between Rs.10-16 lakhs. It will face competition from the Hyundai Creta, Tata Harrier, Jeep Compass and MG Hector.