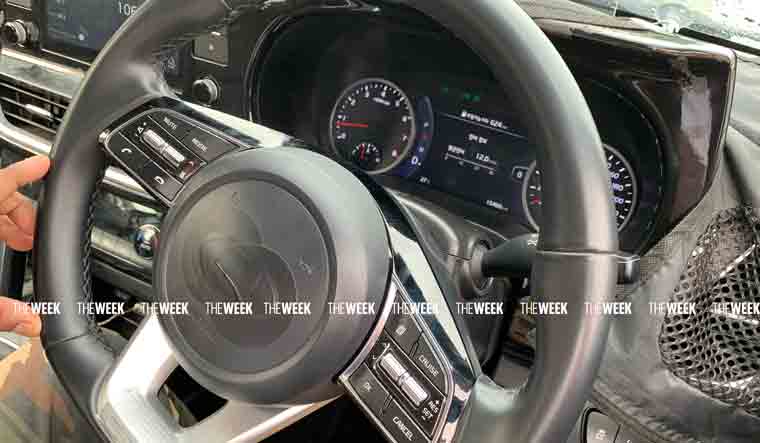 What was shown as the SP Concept at the 2018 Auto Expo, is all set to launch as the Kia Seltos. The mid-sized compact 5 seater SUV is the first Kia car to be launched in India.

Launch is scheduled to take place by Sep 2019. But ahead of that, Kia will unveil this global SUV in India, on 20th June 2019. Production of Kia Seltos has already commenced at the company’s plant in India, which is located in Andhra Pradesh. 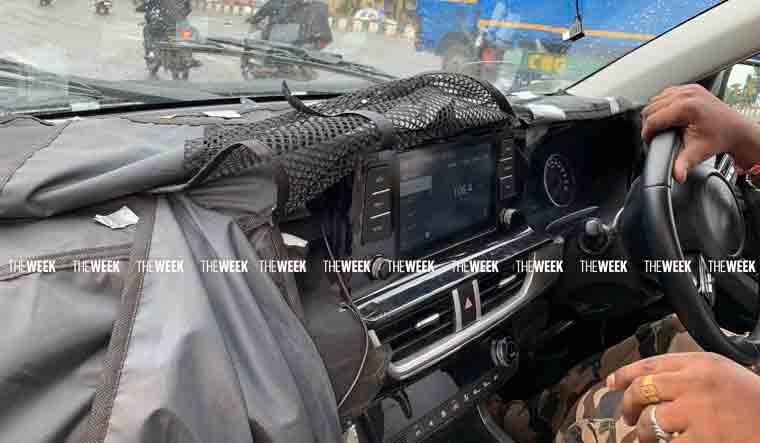 The multi info display, which is located in the instrument panel, is a colour screen. Apart from showing info like distance to empty, avg fuel consumption, trip meter, outside temperature, car settings, etc, the MID also shows the gear the car is engaged in. The car spotted, features an automatic gearbox. 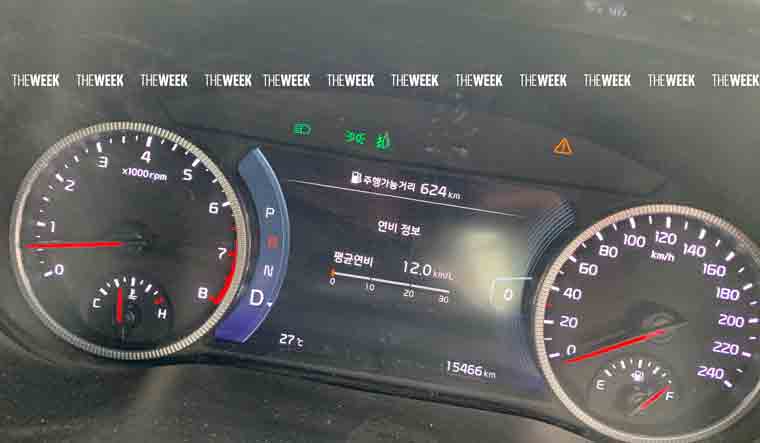 The standalone touchscreen system features buttons on either side and two circular knobs. The HVAC controls feature digital display, and is located below the air vents.

Where its exteriors are concerned, the Kia Seltos is dominated by a large Tiger Nose front grille positioned between LED headlamps. It also gets an LED light bar connecting the headlamps above the grille.

The 5 seater Kia Seltos will be powered by 1.5 liter petrol and diesel engines which will comply with new BS VI emission standards. No power and torque figures have been announced as on date but both the engines get mated to manual and automatic transmissions. Expect pricing to be in the Rs 10-16 lakhs range. It will rival Hyundai Creta, Tata Harrier, MG Hector, etc.