The Kia Seltos X-Line concept, a heavily accessorized version of the immensely popular crossover, has been unveiled at the Auto Expo 2020.

Last year at the LA Auto Show, Kia showcased a pair of Seltos X-Line concepts (Urban and Trail Attack) alongside the regular version but the X-Line that is in attendance at the Expo is totally different.

The while the US-spec X-Line concepts focused on making the crossover look rugged by enhancing its off-road capabilities, the India-spec Seltos X-Line is all about more aggression. For starters, the matte grey paint job provides a good canvas for all the modifications. 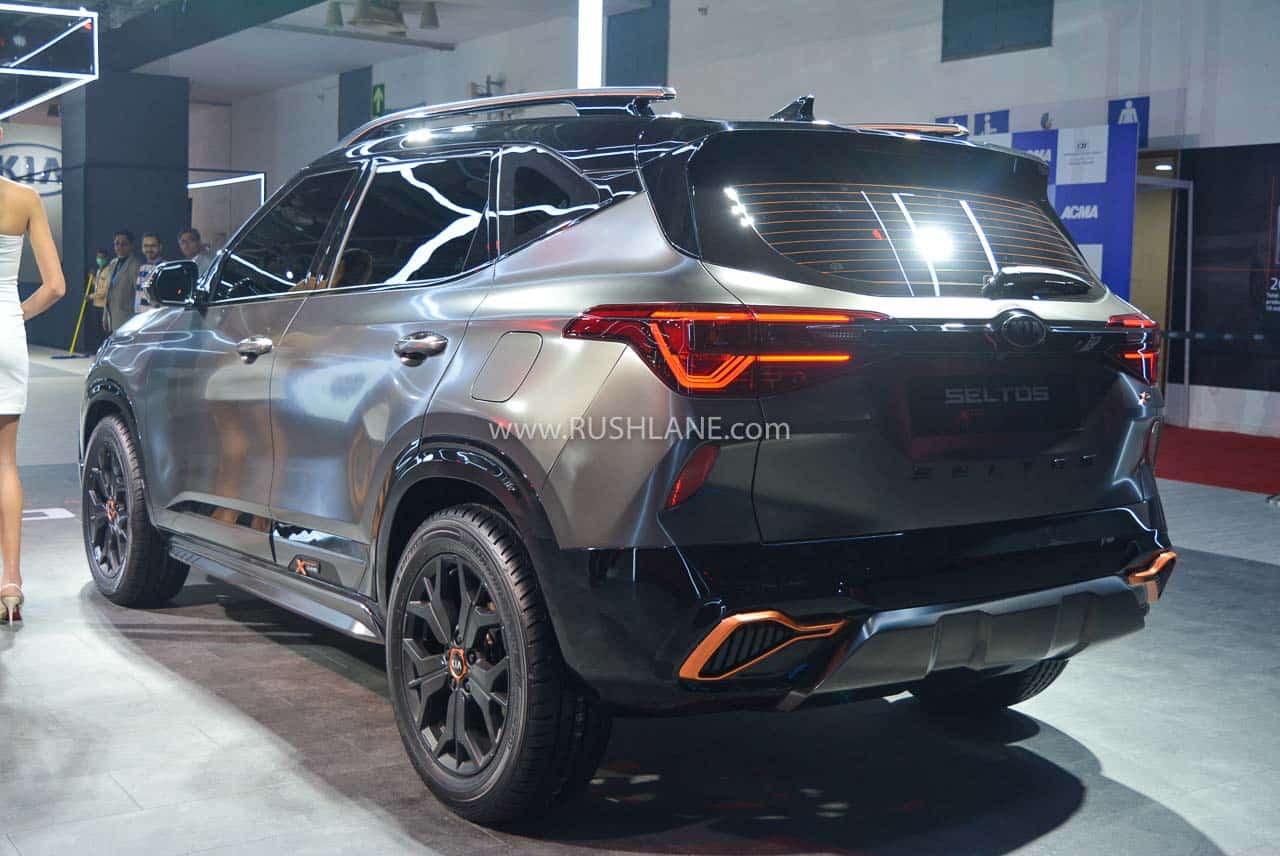 The trademark tiger-shark grille has been replaced by a new X-Line branded black-finished unit that renders a meaner look. The sporty front bumper features contrast orange inserts and glossy black applique that makes an ‘X’ motif. The vents and blacked out ‘SELTOS’ badge on the hood add to the sporty appeal.

The profile is characterized by special black-finished multi-spoke alloy wheels, contrast black roof, chrome skirts and X-Line branded rub-strips. A massive silver diffuser and orange-finished pseudo exhaust tips round of the exterior embellishments. Kia has not revealed the interior of the India-spec Seltos X-Line. 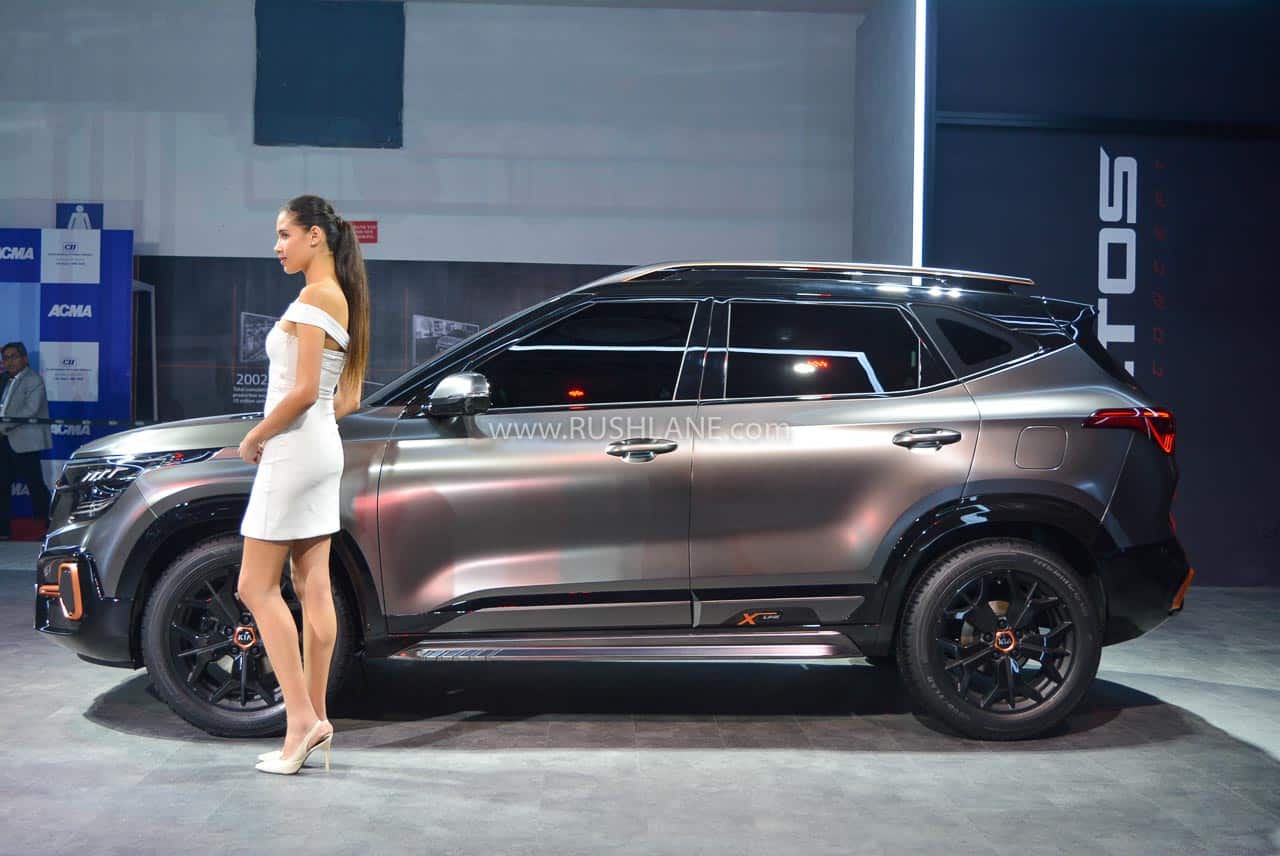 As of now, the Kia Seltos X-Line is merely an accessorized concept which demonstrates the SUV’s ability to take on personalization. The South Korean automaker has not revealed any plans to introduce the heavily spruced up version. We won’t be surprised if Kia India rolls out a comprehensive range of accessories for the Seltos which can be fitted at the dealer level.

Since its launch in mid-2019, the Kia Seltos quickly surpassed the 60,000 sales mark with January 2020 alone accounting for over 15,000 units (its best ever monthly performance). In the coming months and years, the Seltos will be facing increased competition but, for now, Kia India seems to have things sorted out.

Kia India also world premiered the Sonet concept which previews an India-spec sub-4m SUV. Inspired by elephant, the Sonet features an unconventional styling. The production version which is expected to be ready as early as Q3 2020 will lock horns with the likes of Tata Nexon, Maruti Vitara Brezza, Ford EcoSport, Hyundai Venue and Mahindra XUV300.