Kia Motors launched its subcompact UV Sonet last month. In its first month itself, it proved to be a sales success, overtaking other heavyweights in its segment to occupy the top position in sales charts. Today, Kia India has announced that Sonet total bookings has crossed the 50k mark, in just 2 months. (bookings had opened on 20th Aug 2020 in India)

Needless to say, but Sonet is one of the finest looking compact SUVs in its segment, in line with its elder sibling Seltos. However, car enthusiasts always seek a little extra. Hence, after-market modifications are a common sight on Indian roads, although many of them might not comply with the government norms.

An owner has done the same with his brand new Sonet. As soon as Prashanth Swaminathan took delivery of his Sonet on September 30, he wasted no time and took it to a local customisation shop in Bangalore.

The variant in pictures here is the HTX variant and modifiers at Kirthi Care customisation hub have done a splendid job to make it look close to the top-spec GTX+ trim.

This is also said to be the first black coloured Sonet to be delivered in Bangalore. All chrome detailings associated with the Tech line have been removed and the Sonet has been given an all-black treatment. 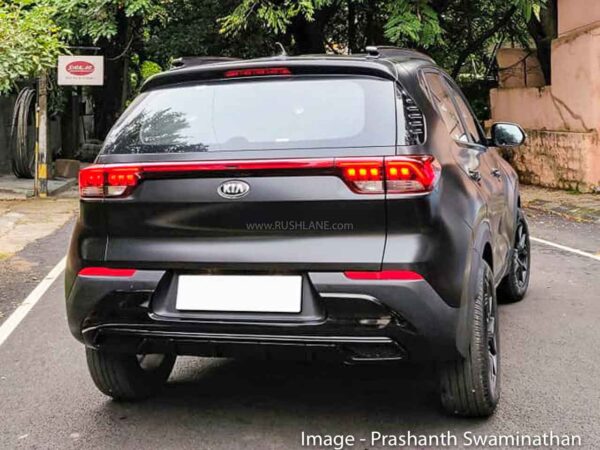 For starters, the owner has decided to wrap the car in Satin Black which gives it an aggressive feel to it. The front grille, roof rails and skid plates at front and rear have also received an all-black treatment. Adding cherry to the cake are the 16-inch GTR Pro completely blacked-out alloy wheels which accentuate the aggressive look of Sonet. They replace the stock 16-inch steel rims.

Speaking about the total cost of this makeover, the owner has revealed that it took him one lakh to give this blacked-out treatment to his Sonet and an additional Rs 30,000 for the GTR Pro alloy wheels. The all-black treatment surely goes well with its overall design given the Sonet’s aggressive stance. 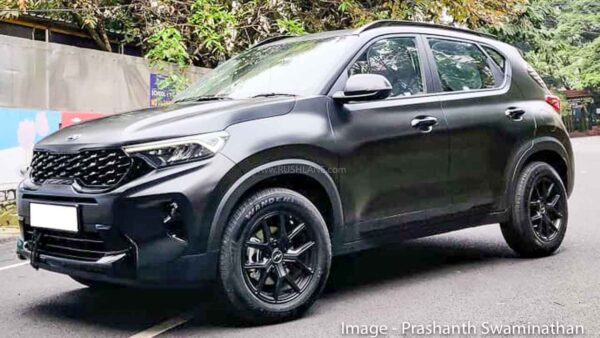 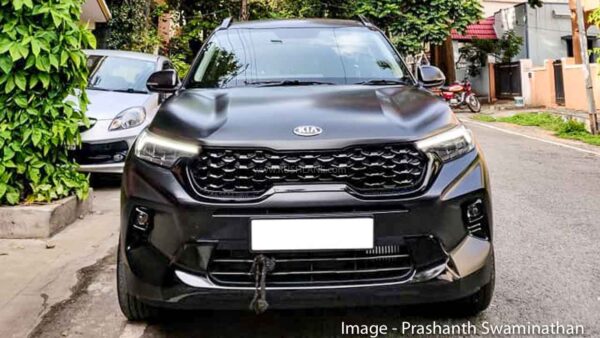 Coming to its engine spec, the HTX variant comes in two engine options- a 1.5-litre diesel engine and a 1.0-litre turbocharged petrol engine. The former is mated to a 6-speed manual gearbox and the latter is mated to a 6-speed iMT just as in the case given above. Other than this, there is also an option of a 1.2-litre naturally aspirated petrol engine which is available in other variants of the compact SUV.