The sub compact SUV segment is a much sought after, highly lucrative segment in the country today. Already there are so many cars on offer in this segment. But that does not stop from new entrants. With every automaker striving to bring in more offerings to claim a portion of the pie.

It may be recalled that the Ford EcoSport was the first sub compact SUV to be launched in India. Other automakers soon followed suit with the introduction of the Maruti Suzuki Vitara Brezza, Hyundai Venue, Tata Nexon and Mahindra XUV300. The competition does not stop there as other automakers are also planning new entrants. These include the Kia Sonet, Toyota Urban Cruiser, Renault Kiger and Nissan Magnite – all in the sidelines awaiting launch before the end of this year.

Kia Sonet, a sub 4 meter SUV, based on the Hyundai Venue; is poised for launch next month. It was showcased at the 2020 Auto Expo earlier this year as a concept. And just yesterday, it made its global debut. At the global debut, Kia revealed the SUV in Red and Golden colour options. Now, for the first time, a completely undisguised test mule of Kia Sonet has been spotted on public road. This is the same orange colour option which is also on offer on Seltos. Images are credit to Rishabh Rajesh / Auto DNA. 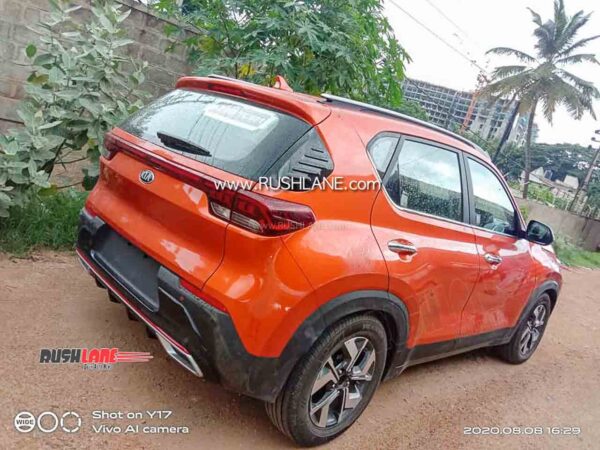 Kia Sonet will sport the same platform as seen on the Hyundai Venue with which it will also share its engine lineup. It will be seen in a five seater layout with exteriors boasting of the company’s distinctive tiger nose grille, LED DRLs, LED tail lamps and LED stop lamps along with alloy wheels and sporty bumpers. It will get a contrasting roofline with black roof and silver roof rails along with a silver faux skid plate.

The interiors will be loaded with features. It will receive Kia’s UVO connected car technology, 10.25 inch touchscreen infotainment system, connectivity features of Apple CarPlay and Android Auto, Bose sound system and will be the first in its segment to receive a 360 degree camera. Auto air conditioning, air purifier, wireless phone charger and an electric sunroof will also be seen on the Kia Sonet. It will borrow its safety equipment from the Venue which will include a total of 6 air bags, vehicle stability management, tyre pressure monitoring system and ABA and EBD. 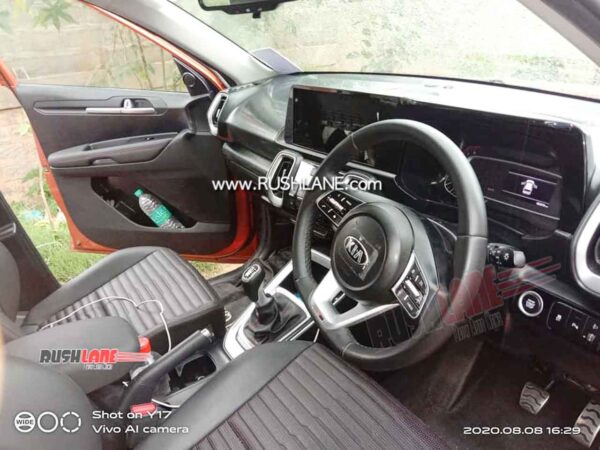 Positioned below the Seltos, Sonet will be powered by the same engine lineup as seen on the Venue which includes two petrol engines and one diesel engine. The 1.2 liter naturally aspirated petrol engine will make 82 hp power and 114 Nm torque. The 1.0 liter turbocharged petrol unit offers 118 hp power and 172 Nm torque while the 1.5 liter diesel will offer 98.6 hp power and 240 Nm torque. All engines get mated to a 6 speed manual, 7speed dual-clutch automatic and 6 speed iMT with automated clutch. 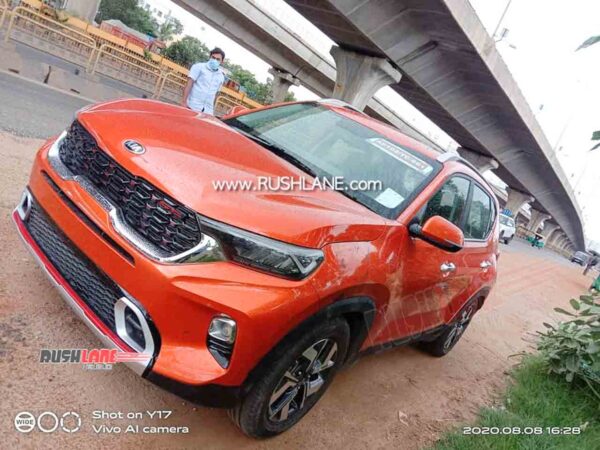