For now, Sonet is exclusively produced only in India, at the Kia Motor plant in Anantapur, Andhra Pradesh. After its India launch, one of Kia Sonet’s next destinations will be Nepal. It is expected that Sonet will be launched in Nepal by Dashain that is most commonly referred to as Dussehra, Dasara or Vijayadashami in the Indian subcontinent. Just like in India, Dashain is considered an auspicious time in Nepal.

As compared to India where Sonet is being offered in more than a dozen variants, there will be only four variants on offer in Nepal. The base model in Nepal will be HTE variant, priced at NPR 35.90 lakh (INR 22.5 lakh).

In India, this variant is priced from Rs 6.71 lakh, while in Nepal it is priced more than 3 times. This is due to the high import taxes implied by Govt in Nepal. Just like India, Sonet HTE in Nepal will be powered by the 1.2 litre naturally aspirated petrol motor that churns out 82 hp of max power and 115 Nm of max torque. Transmission will be a 5-speed manual unit. Below is the detailed price comparison of Sonet prices in Nepal vs Sonet prices in India.

As is evident, Sonet variants with 1.0-litre turbo petrol motor will not be on offer in Nepal. This engine generates 120 hp and 172 Nm and is paired to either a 6-speed iMT or 7-speed DCT transmission.

Why Sonet prices so high in Nepal?

For the uninitiated, it’s worth mentioning that passenger cars in Nepal attract a range of taxes including customs, excise, road tax, VAT, etc. Overall, the taxes amount to around 250% of the original price of the vehicle. This is why cost of cars in Nepal is often 3-5 times than that of India. 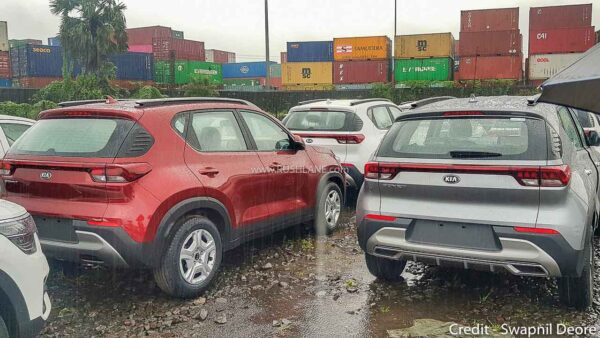 A landlocked country, Nepal imports most of its vehicles. Its road infrastructure is underdeveloped and not in a position to support a heavy inflow of vehicles. This is one of the reasons why the country imposes a heavy tax on vehicle imports.

Another reason is that the import taxes on cars are a major source of revenue for the Nepal government. It is unlikely that taxes on car imports will be reduced anytime soon in Nepal. The automobile dealers association in Nepal has already requested the government to reduce tax rates, but no action has been taken so far.