Sonet will take on the Vitara Brezza, XUV300 and Nexon in the sub-four meter SUV segment

Kia Motors India gears up for the launch of the new Sonet sub 4 meter SUV on 18th September 2020. It will be a Made-in-India car, that will also be exported from India to over 70 global markets. Kia Motors has commenced series production at the company’s Anantpur facility

Kia Sonet has started arriving at dealerships across India. This will allow more people to experience the car first hand, even before launch. But test drives have not started yet. Dealers are only allowing you to take a look at the car inside the showroom, and not take it out for a short spin.

One such dealer car, which was probably travelling from the yard to the dealer showroom, was spotted by automotive enthusiast Sandeep Singh. The undisguised Kia Sonet shows its road presence along side other popular Indian cars like Hyundai Creta, Maruti WagonR, Maruti Swift, etc. Below is the video revealing the road presence of Sonet.

Buzz around Sonet is huge. Though production started this month, pre-bookings started last month for Rs 25k. The demand is such that over 10k bookings were received in a matter of days. With cars now available at dealerships, booking number is expected to be even higher.

The Kia Sonet will be offered in two trims of Tech Line and GT Line. The former will receive a GTX+ variant while Tech Line will sport HTE, HTK, HTK+, HTX and HTX+. The interiors of the Sonet will boast of several first in segment features.

This tech loaded car will get a 10.25 inch HD infotainment screen, UVO Connect with 57 connected car features, Smart Key and over-the-air (OTA) map update. It will also be seen sporting a Bose 7 speaker system with sub woofer, LED sound mood lamps, wireless phone charging system with cooling function and ventilated seats for driver and co-passenger. Sonet will also get an air purifier system that is not only segment first but also a much needed feature especially considering the present COVID-19 pandemic condition in the country. 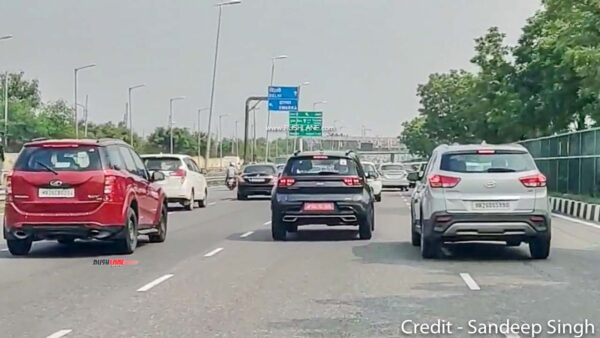 Kia Motors has also paid special attention to safety on the new Sonet. It will come in with a total of 6 airbags, electronic stability control, hill start assist, vehicle stability management and brake assist. ABS and EBD will be offered as standard.

The Kia Sonet gets its power via two petrol engines. These include a 1.2 liter petrol unit making 81 hp power and 115 Nm torque mated to a 5 speed manual gearbox. The Kappa T-GDI 1.0 liter turbo petrol engine produces 117 hp power and 172 Nm torque. It gets mated to three gearbox options that include a 7 speed dual clutch automatic and new iMT clutchless manual that recently made its debut on the Venue.

Kia Sonet is expected to be priced in the range of Rs.7.5-13 lakhs. It will enter a segment currently commanded by the likes of the Hyundai Venue, Tata Nexon, Ford Ecosport and Maruti Suzuki Vitara Brezza while it will also take on the upcoming Toyota Urban Cruiser.