Since the lockdown due to Corona Virus, every car / bike unveiling or launch event in India has taken place online. Car and bike brands usually record the event beforehand, and then telecast / webcast it online. Same is the case that is going to be with the Kia Sonet SUV. On 7th August, Kia will make the global premiere of Sonet here in India.

From the shoot location of Kia Sonet premiere, someone posted a photo on Instagram. And in this photo, one can notice the first undisguised photo of the Sonet SUV. Seen in bright red colour, with black roof. Soon the photo was picked up by auto enthusiasts and shared on the internet. Obviously, the photo is no longer there on Instagram.

The photo also shows Kia official getting ready for the camera. There is also the map of India in the background. Cameraman can also be seen in the photo along with multiple focus lights. Except for the Kia official, the other two people in the frame are seen wearing PPE kits.

South Korean automaker Kia Motors has currently got only two products in its Indian portfolio: Seltos compact crossover and Carnival minivan. Meanwhile, the company is almost ready with the all-new Kia Sonet subcompact (sub-four-metre) crossover or “compact SUV”. It will make its global debut on August 7 before hitting the Indian market in a few weeks from then.

The 2020 Kia Sonet plays in one of the most active four-wheeler segments in India. Its South Korean sibling, Hyundai Venue is already a successful product despite facing tough competition from the Tata Nexon, Mahindra XUV300 and Maruti Suzuki Vitara Brezza.

Meanwhile, Renault India and Nissan India are working on the ‘CMF-A+ platform’ Kiger and Magnite, respectively. Both products are currently doing test runs across the nation in their early test mule avatars. However, Nissan India has unveiled the Magnite in a promising ‘B-SUV’ concept format.

Over the months, we have shared multiple spy shots and powertrain details of Kia Motors India’s new ‘small SUV’. After being showcased as a concept at Auto Expo 2020, several potential buyers of existing choices started to wait for the Kia Sonet. This happened before India went into a near-two-month total COVID-19 lockdown.

YouTube channel named PeeCee has shared a spy video of the all-new Kia Sonet, finished in what seems to be Punchy Orange; a colour familiar from the bigger Seltos. The test mule looked production-ready than ever before under all the temporary camouflage.

It was only recently that we posted an interior image of the Sonet showing its three-spoke ‘GT Line’ steering wheel. It remains unknown whether the Kia Sonet would come in Tech Line and GT Line formats like the Kia Seltos.

As mentioned before, the upcoming Kia Sone borrows its underpinnings from the Hyundai Venue. It will also feature the revolutionary iMT semi-automatic transmission. Introduced in the Venue, iMT essentially lets the driver use a traditional manual gear lever without a clutch pedal — understand its engineering. 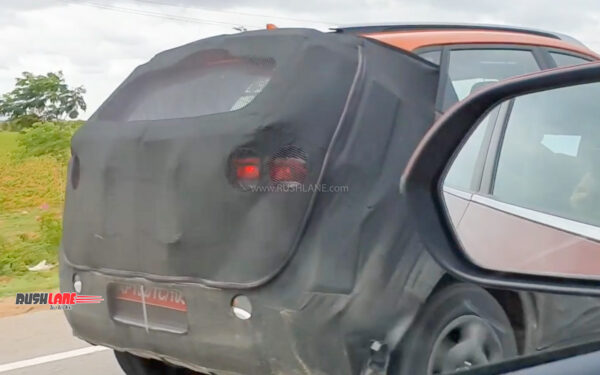 iMT is offered only with the 1.0-litre GDi turbo petrol model. Hyundai Motors India has also launched the Venue Sport, based on select trims of its regular version. Prices start at Rs 8.31 lakh ex-showroom (for S Plus Sport trim).