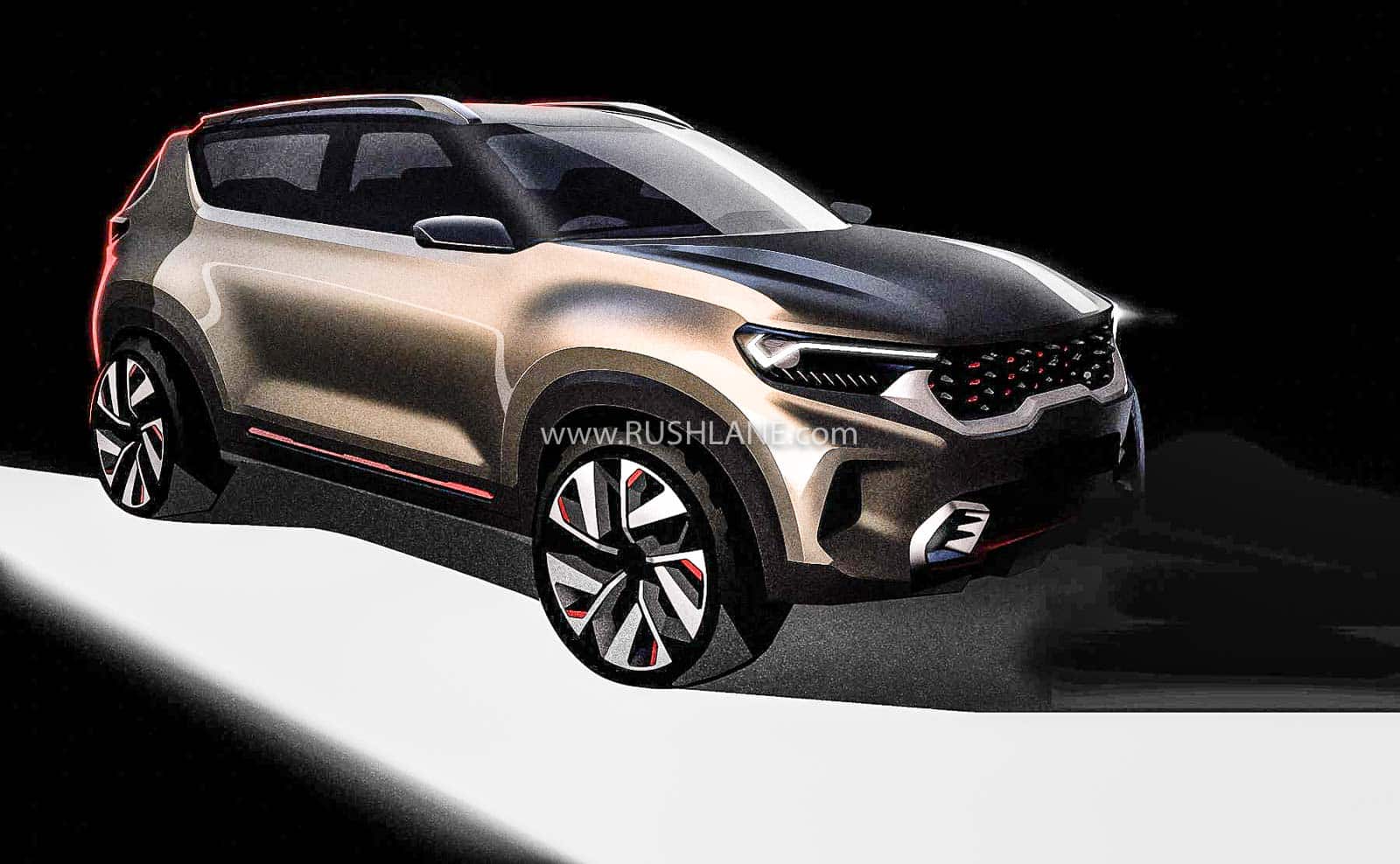 Based on the Hyundai Venue platform, Kia is getting ready to launch a sub 4 meter SUV in India. It will rival Maruti Brezza, Tata Nexon, Ford EcoSport, etc.

Ahead of its debut at the 2020 Auto Expo, Kia India has revealed the first official sketches of their upcoming compact SUV, which is reportedly going to be called Sonet. Kia India has not officially confirmed the name, yet.

Kia says, “The concept will be globally unveiled at the upcoming Delhi Auto Expo 2020 and is the third offering of Kia for India. With its modern, dynamic and bold design, this concept will be a testimony of Kia’s focus on consumer-insight driven product innovation and orientation. This bold concept along with its head-turning looks, dimensions, and features will embody Kia’s ‘Power to Surprise’ slogan in India.” 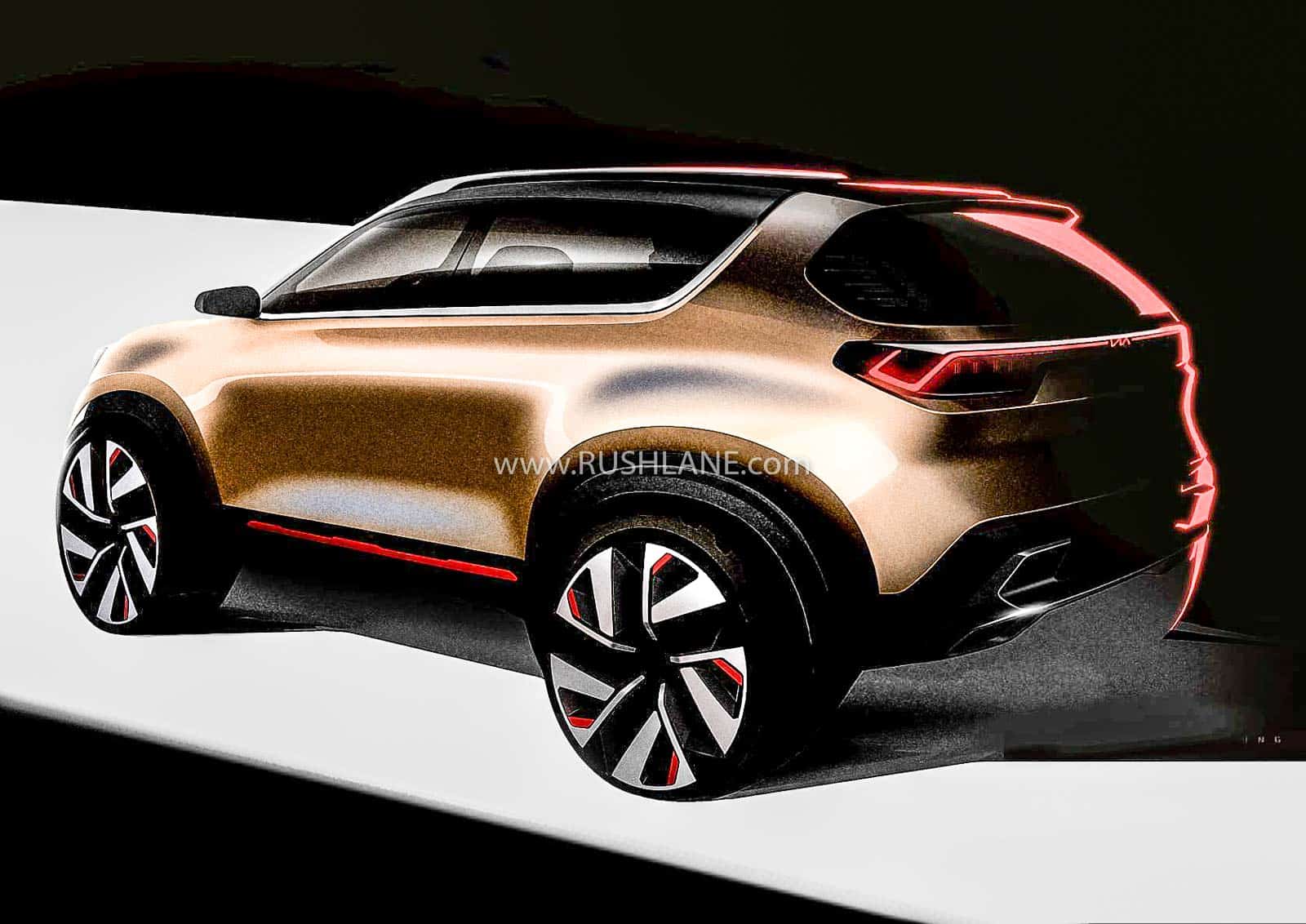 Codenamed Kia QYi, the car has already been spied on test multiple times. It showed off a similar style to the Hyundai Venue but with a squatter stance and a more upright rear segment.There were LED tail lamps noted on the model on test and while the car was under camouflage, the front end is slated to sport a more aggressive posture along with the brand’s tiger nose front grille. It will also borrow some design elements from the Seltos with projector headlamps, LED DRLs and flared wheel arches.

Interiors will also see similarities to both the Seltos and Venue along with some segment firsts with a 360 degree camera. It will get a touchscreen infotainment system with Apple CarPlay and Android Auto, UVO internet connected car technology and other features such as automatic climate controls, cruise control, sun roof, ventilated seating and wireless phone charger.

Sharing its engine lineup with the Venue, the Kia QYi will also receive a 1.0 liter turbo petrol and 1.2 liter Kappa petrol engine which are currently in BS4 format on the Venue but which will be updated to comply with new BS6 emission standards. These two engines on the Venue offer 125 PS power / 172 Nm torque and 83 PS power / 114 Nm torque respectively. Transmission options will include a 7 speed dual clutch automatic and a 6 speed manual. Kia QYi will receive the 1.5 liter diesel engine that also powers the Seltos.

Set to be unveiled at 2020 Auto Expo, the Kia QYi will be launched sometime in mid 2020 and will be produced at the company plant in Anantapur, Andhra Pradesh. It will enter a segment currently commanded by the likes of the Hyundai Venue, Ford EcoSport, Tata Nexon and Maruti Vitara Brezza. No pricing has been announced as on date but the sub 4 meter SUV could fall in a range of Rs.6.8-11.4 lakhs.