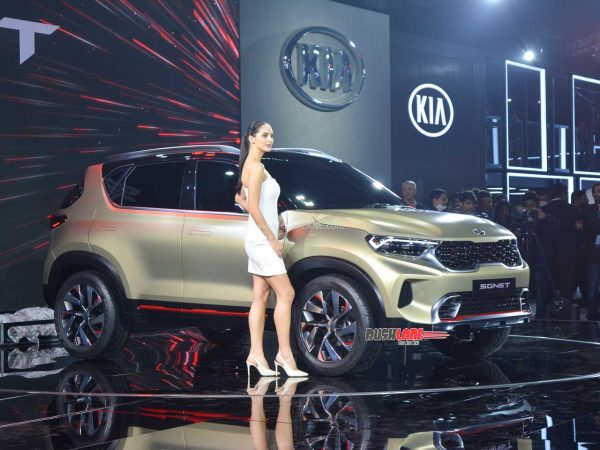 It has been almost a year since Kia Motors India launched its very first product on our market. The South Korean automaker has got only two products in its Indian portfolio: Seltos compact crossover and Carnival minivan. The Kia Seltos received a 2020MY update a few weeks before the next-gen Carnival made its global debut. The Indian market is currently looking forward to the brand’s all-new subcompact crossover (or “compact SUV”), Kia Sonet.

Kia Motors India had showcased the Sonet at Auto Expo 2020 as a concept. A compelling product proposition for India’s rising sub-four-metre UV market, test mules of the Kia Sonet were spotted multiple times in the recent past. One of its primary highlights is the unique powertrain technology.

The Kia Sonet will feature an iMT (intelligent Manual Transmission) system. It will be the second vehicle in India, after the Hyundai Venue, to have an ‘almost-automatic’ transmission. iMT is essentially a manual gearbox featuring electronic clutch-actuation in place of traditional mechanical linkages. In other words, the Kia Sonet has a ‘clutch-by-wire’ manual transmission. In the simplest form, the car has no clutch pedal despite being a manual. We have already discussed how it works with the Hyundai Venue. Even so, it is worth mentioning how iMT was initially introduced in the automotive world.

iMT’s parent version hit global markets in the latest Kia Rio hatchback. However, that unit was specifically developed for mild-hybrid powertrains — particularly the latest 1.0-litre Smartstream 48V setup — and has a clutch pedal. Though the original iMT does not allow ‘clutchless’ or ‘no-lift shifts’ as in advanced examples (such as the 991.2 Porsche 911 GT3’s manual variant), the mild-hybrid element eliminates the possibilities of making a poor shift by adjusting engine speed according to gear position. An automatic start-stop function is added alongside.

In a conventional manual transmission, the clutch pedal is coupled to a hydraulic system via various moving components. ‘iMT 1.0’ (unofficial nomenclature), on the other hand, employs a Transmission Control Unit (TCU) connected to an actuator. Upon pressing the third pedal, a sensor signals the TCU which then commands the actuator to make the shift (in practice, like a traditional gear selector/fork).

As mentioned before, it has an integrated ‘Auto Start/Stop’. If the revs are too low to prevent a stall, iMT disengages the clutch (or puts the gearbox in open or neutral position) and the driver can restart the engine by simply depressing the clutch pedal. The right gear is manually selected during the ‘neutral coast’. Since iMT can efficiently control the ‘cranking’ and ‘killing’ over a wide period, Kia Motors promises a 3% reduction in average carbon emissions.

The type of iMT coming to the Hyundai Venue and Kia Sonet is an interesting derivation of the one explained above. It is substantially more convenient as well. Instead of a clutch pedal, it incorporates a button (dubbed ‘Intention Sensor’; as in the intention to make the shift) on the gear lever.