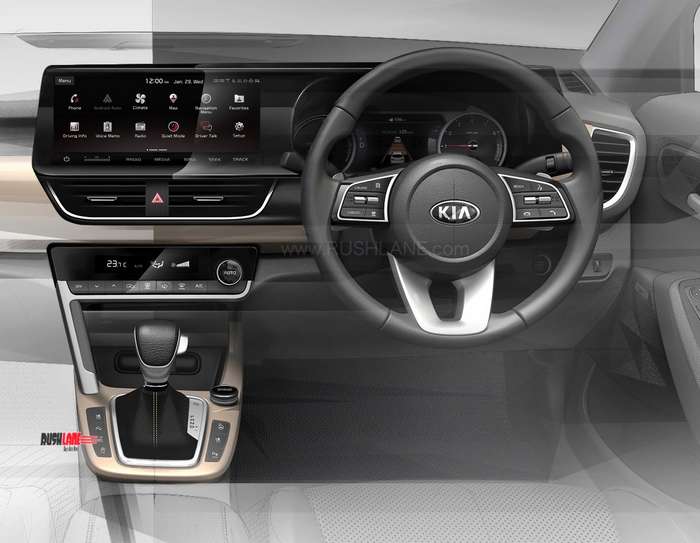 Kia mentions the use of high-quality materials for interiors. Design language makes for the inclusion of metallic highlights in the air vents, and a broad, sweeping dashboard. As with all things smart and tech oriented today, the cabin is tech focussed.

Passenger side grab-bar on centre console makes for a sporty look. The dashboard houses a 10.25” touchscreen navigation system. features. The centre console beneath lets passengers control ventilation and air conditioning easily and safely.

Byung Chul Juh, Head of Kia Styling at Kia Motors Corporation, comments: “We have focused on designing a cabin unlike any other in the mid-SUV segment, with a greater sense of depth and richness to the design. Our newest model will offer greater pleasure and satisfaction to our customers, with a premium-quality interior that benefits from sophisticated design details.” 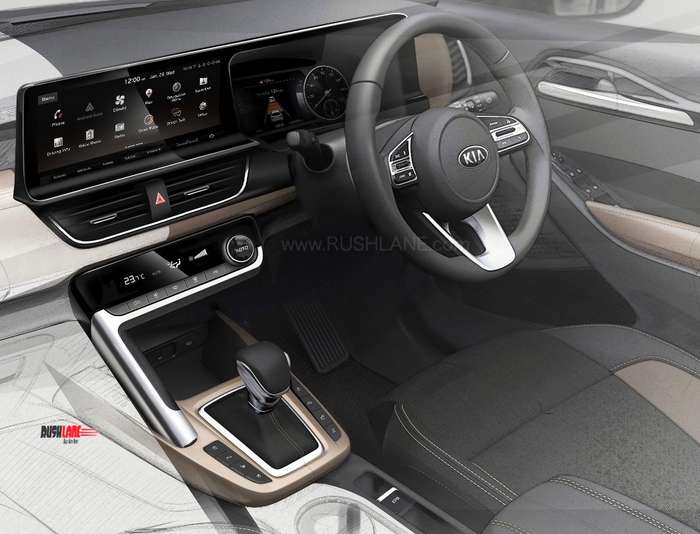 Kia Sound Mood Lighting tech alters cabin ambient lighting as per preference. Kia Motors is geared up to launch its mid-SUV in 2019 H2. The vehicle will debut on June 20, 2019 at which time its name and launch date will be announced, alongwith some tangible details. Trial production began on January 29, 2019 at its plant in Anantapur, Andhra Pradesh.

Kia SP when launched could be named Kia Tusker, and is built on a platform based on the one seen in Hyundai Creta. In its concept avatar, the vehicle was first showcased at 2018 Auto Expo. Engine options include new gen petrol and diesel options. These will be in 1.5 liter capacity, and will be launched for the first time in India. They are expected to deliver power in the range of 110-130 PS.

As the company introduces its first vehicle for India, segment rivals include Hyundai Creta, and Tata Harrier. The initial set of exterior images released by the company point to a trademark Kia ‘Tiger Nose’ grille, sharp shoulder line, dual projector headlamps, and vertical fog lamps up front. There’s also a faux skid plate that merges into the front bumper to add to its frontal stance. The alloy wheels are large-ish. Wrap-around LED tail lights, and biggish bumper with a skid plate and reflectors give the rear character. Roof rails could be on offer as an option.