South Korean automaker Kia Motors will soon launch their first SUV in India. It will be an SUV, which is based on Hyundai Creta. The same was showcased as a concept, at the 2018 Auto Expo.

To be launched in India in the coming months, the new Kia SUV has now made its global debut in near-production form, and it is called the Kia SP Signature Concept. 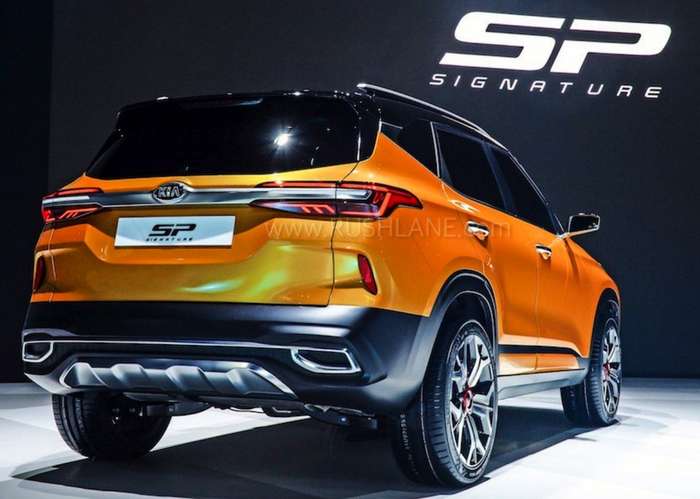 Though they did not reveal the SUV fully, they revealed production parts like alloys, tyres, headlight cluster, tail light cluster, etc. And when you compare that with the SP Signature Concept from Korea, you are realize that they are the same parts of the same car. 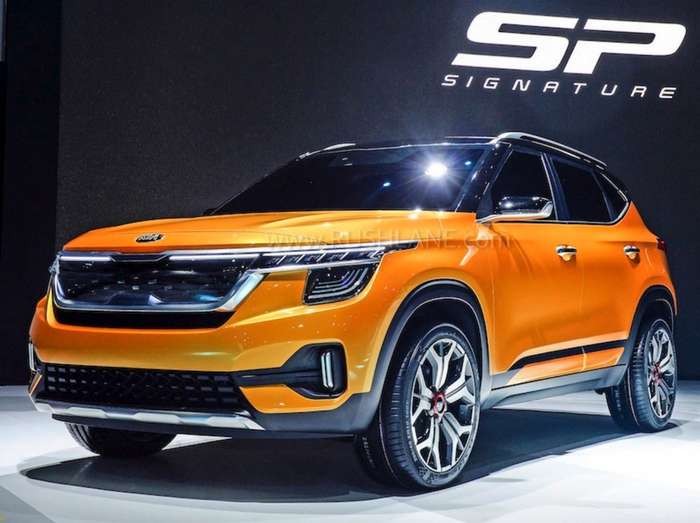 Kia SP SUV exteriors boast of a strong shoulder line with a Kia signature ‘Tiger Nose’ grille, slim headlamps, large fog lamps and an upright tailgate with sloping glass and horizontal tail lamps. Extensive use of chrome is seen on its tail gate and front grille.

Kia SP Concept based SUV will be powered by BS VI compliant petrol and diesel engine options. It could get the same engine and transmission options which are already on offer with the Creta in India.

Kia Motors India has signed an MoU with AP govt to support clean and sustainable mobility. As Kia Motors starts trial production at its Anantpur plant, the plant fast-tracks Anantapur’s makeover as a manufacturing hub. As Kia Motors eyes sustainable mobility, the company aims at bringing in 16 electrified global models by 2025 including hybrids, plug-in hybrids, battery-powered electrics, and a fuel-cell vehicle.