Kia Motors had started the trial production of vehicles at its Penukonda plant recently. The first product planned for India happens to be a SUV based upon the SP Concept which was displayed earlier at the 2018 Auto Expo. Though the exact name of the SUV is still under wraps, it is currently addressed as SP2i SUV.

During the commencement ceremony of the trial production, Kia did display an almost production-ready version of the SUV, however it was covered by decent level of camouflage. What was clear from the model is that the SUV will be having a sporty look and will wear Kia’s trademark Tiger Nose grille at the front. Interestingly, the tyre dimensions were also revealed, which happened to be 205/65 R18 in size. The production-ready model had these tyres fitted on 18-inch alloy wheels which seemed to be made out of gunmetal. 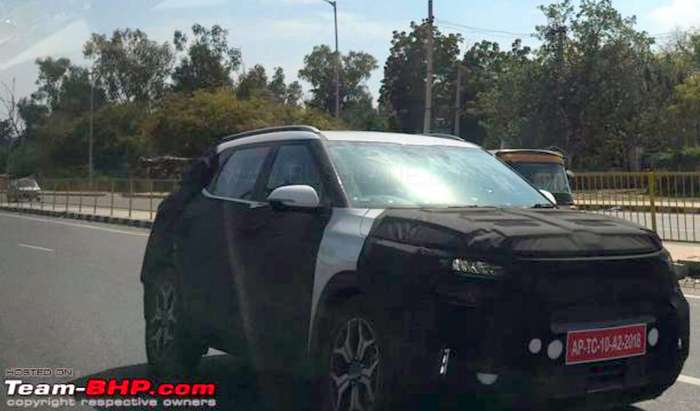 With these details out, Kia’s first SUV in India will land-up having the largest tyre size in its class. SP2i’s closest rivals, Creta, Renault Captur and even the Nissan Kicks, all come with 17-inch wheels. However, we don’t think that Kia will provide 18-inch alloys on all variants. Instead, most likely it will be just the top-end models which will come along with 18-inch wheels while others might get 17-inch alloys/steel rims, depending upon the variant.

The latest spy shots via knrn Team BHP member, reveal interesting new details. Kia SP SUV comes with all LED headlights, which is a segment first. It also gets disc brakes on all four wheels. Roof rails are also visible. It is to be noted here that Creta does not come with all four disc brakes. As far as engines are concerned, Kia will be bringing in 1.5-litre engines, a petrol motor and a diesel unit. To keep costs under check, these engines will be BS-IV compliant at the time of launch. However, Kia will be able to swiftly upgrade them to BS-VI norms once the stricter emission norms come into effect next year. 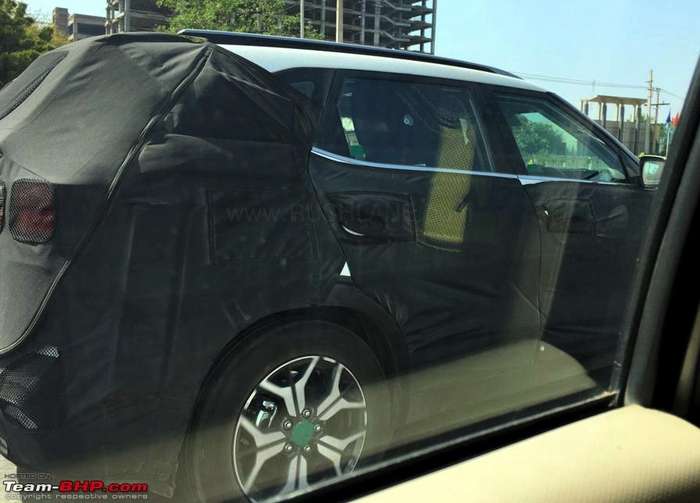 We expect that Kia will be loading its first product with a ton of features and gadgetry. In the past, we drove some of their vehicles, like the Rio, Sportage and the Optima. Among all, there were two things which were consistent across all the 3 models: the amount of features these vehicles came with and their quality levels (though they were imported units, we sincerely hope that Kia maintains similar level of quality in the units which will be produced in India).

Launch of the production-spec SP2i SUV is expected to take place around July’19. As pricing will tentatively be in the INR 9-16 lakh range, it will also compete with SUVs like Tata Harrier and the upcoming MG Hector, apart from the ones already mentioned above.