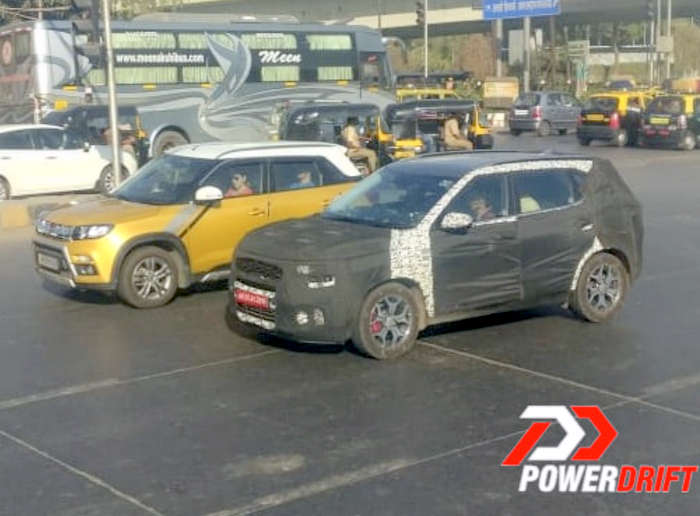 Kia India will launch their first SUV in the country in the coming months. It is based on the SP Concept, which was showcased at the 2018 Auto Expo last year. A near production ready version of the same, was showcased in South Korea earlier this month.

Official name has not been revealed as of now. reports suggest it could be Trailster or Tusker. Codenamed SP2i, the new Kia SUV for India is based on new generation Creta platform. Interestingly, new gen Creta made debut earlier this month in China as ix25.

The latest spy shots show the car in production ready form. Kia SUV gets a sporty appeal with headlamps connected to the tiger nose front grille, integrated DRLs, a strong shoulder line and a glass house that tapers to the rear. It was also its thin LED lamps at the front and rear along with distinctive lines across its body work along with a dual tone color scheme with an orange body and contrasting black roof that enhances its sporty appeal along with the new set of alloy wheels. 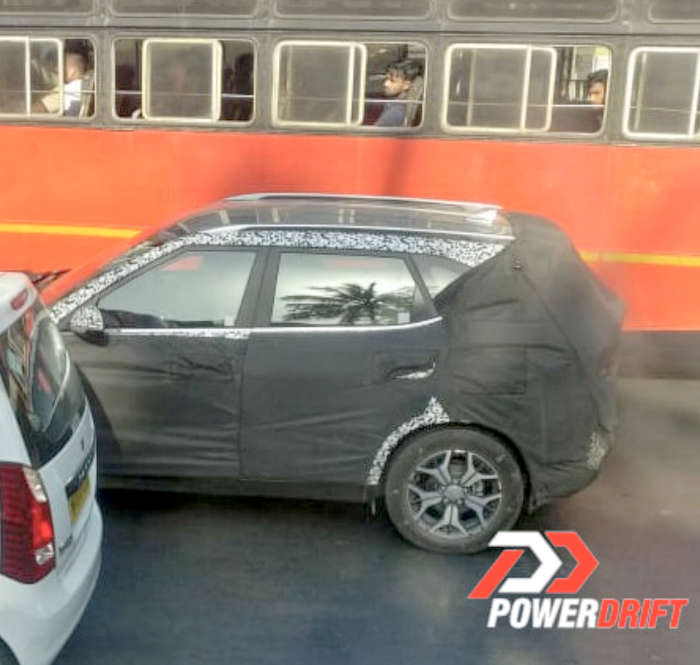 Its interiors will be seen with several driver and passengers comforts and safety features to include a fully digital instrument console, automatic climate control and a multi function steering wheel. Its touchscreen infotainment system will support Apple CarPlay and Android Auto.

Kia SUV is also the first car to be produced in India at the company’s Anantapur plant in Andhra Pradesh. The camouflaged SP SUV was also shown off at the plant opening ceremony earlier this year and slated to enter production and launch in the country by September 2019.

The Kia SP SUV will be powered by the same petrol and diesel engine lineup as seen on the Hyundai Creta in India. Launch price range has been revealed, and it is Rs.9-16 lakhs, ex-sh. It will take on the likes of Hyundai Creta, Nissan Kicks, Renault Duster, Captur and Maruti S-Cross.