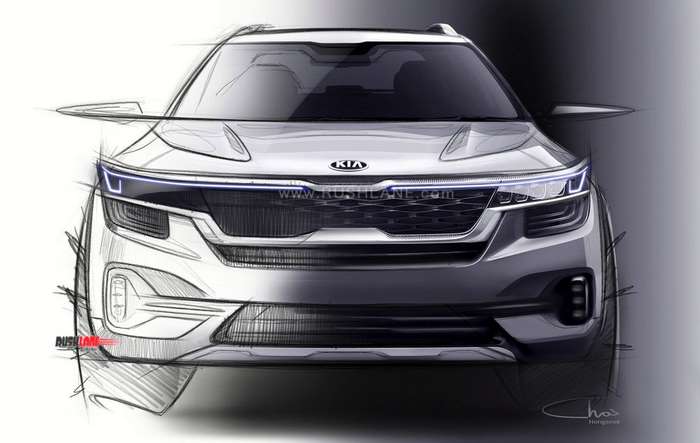 The Kia SP mid-sized SUV made its debut as a concept at the 2018 Auto Expo. The same has now been revealed in production ready form, but as a sketch. Official debut will take place on 20th June. It is a futuristic SUV, boasting of bold styling and a unique design. Kia SP2i (codename) is specially developed for the Indian market. It has already entered production at the company plant in Anantpur, Andhra Pradesh.

Kia SP2i is positioned on the same platform as the 2020 Hyundai Creta. New Kia SUV featrures tiger nose grille in the front, flanked by two tiered LED headlight setup, LED DRLs running across the the front of the car. DRLs with graphics and positioning lamps produce different images during the day and night. At the rear, the SP SUV seems to have borrowed some design elements from the Kia Sportage SUV.

Byung Chul Juh, Head of Kia Styling at Kia Motors Corporation, comments: “We have created a car which stands out everywhere, from the city to the countryside. Its robust yet sporty design will be matched by a wide range of features and technologies that are universally suited to younger buyers in markets around the world. Our new mid-SUV is a proposition that no other car in its class will match.” 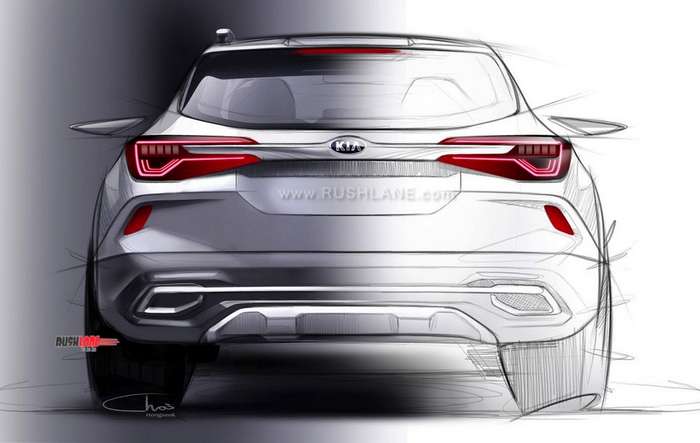 Though side view has not been detailed in the sketches, spy shots reveal that it features machine cut alloys wrapped in tubeless tyres, plastic cladding, roof rails, floating roof spoiler, large rear passenger window, etc. Leaked interior photos reveal the presence of all black interiors, finished in leather. Doors and dashboard getting soft touch materials to enhance the sporty appeal.

Overall, Kia SP2i SUV will be a lot sportier than many other SUVs in the segment. Kia states that it is the design of their car, which will appeal to the buyers. It will also be loaded with features. Kia SP2i will get touchscreen infotainment system with voice command, Apple Carplay, Android Auto, electric sunroof, auto dim day / night IRVM, electrically adjustable driver seat, wireless phone charger, 360 degree surround view of the car on the display, in-car WiFi, etc.

Powering the Kia SP2i SUV in India will be all new 1.5 liter petrol and 1.5 liter diesel 4 cylinder engines. These are all new engines, especially developed for the Indian market, which are being offered for the first time on board a Kia or a Hyundai car. These are the same engines which will also power the 2020 Creta next year. They are BS6 ready engines. Manual as well as automatic transmission options will be on offer.

It will rival the Hyundai Creta, Renault Captur and Nissan Kicks while pricing is expected between Rs.10-16 lakhs. Following launch of the SP, Kia has plans to launch more cars in India. In the next 3-4 years, Kia aims to have about 7 cars on offer in India. They plan on launching two new cars every year in India.