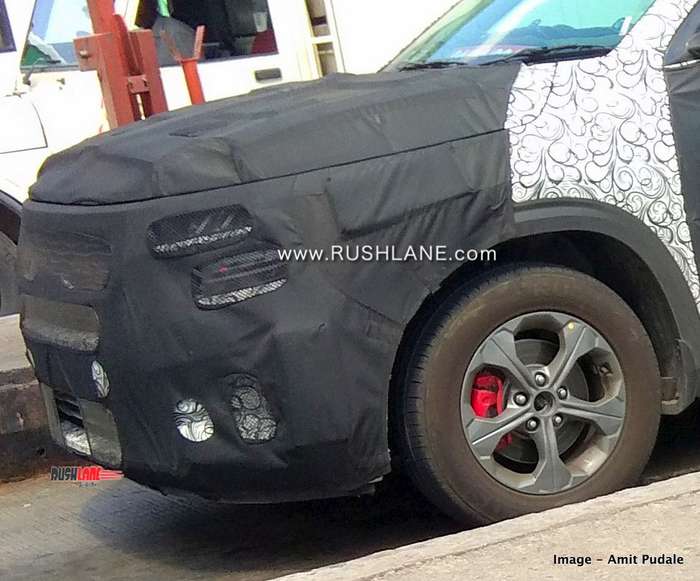 Kia Motors will be marking its entry into India with a new SUV. Called as on date as the SP2i concept, the production spec compact SUV is likely to be called the Kia Trailster or Kia Tusker. Ahead of launch, the SUV has been spied on test by automotive enthusiasts Amit Pudale and Karan Haria. Scheduled for launch in India next month, the Kia SP Concept will rival the likes of Tata Harrier, Hyundai Creta, MG Hector and Nissan Kicks.

The SP Concept, a 5 seater SUV, made global debut at the 2018 Auto Expo. Its recent sighting in production ready format shows off some exterior design elements. It will be based on a platform, which will also underpin the next generation Hyundai Creta. 2020 Hyundai Creta made global debut last month. It is larger than current Creta, and gets new set of engine options. India launch of new Creta is next year.

Speaking about the Kia SP SUV, it will receive machine cut 17” alloy wheels, a camshell bonnet, tiger nose grille, LED DRLs, lower positioned head and fog lamps as compared to those seen on its concept at the 2018 Auto Expo and at the rear, it will get LED tail lamps with the upper half of the tail lamps receiving turn indicators and reverse lights while the lower half gets stop lamps. 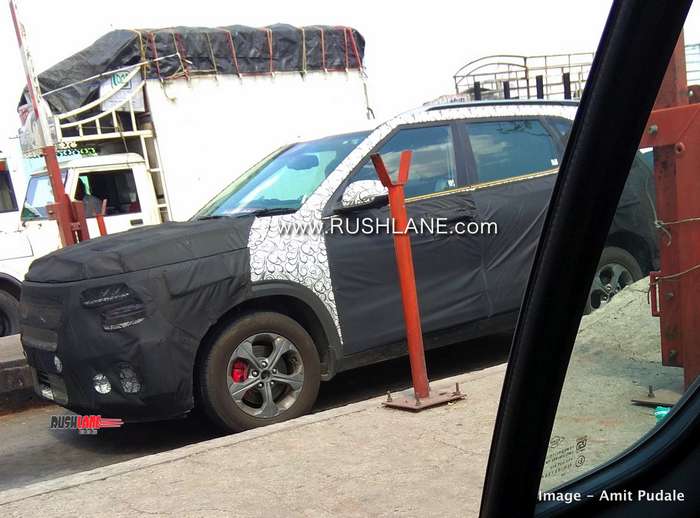 The Kia SP also receives a shark fin antenna. Interiors will sport electric sunroof which has been seen on the model on test but which could make its way only onto the top spec model. There will also be a free standing infotainment system with Apple CarPlay and Android Auto, automatic climate controls, ventilated front seats, one touch power windows and rear seating with adjustable headrests.

In compliance to new safety regulations, the Kia SP Concept will come in with dual airbags, ABS, EBD, ISOFIX child seat mounts. It will also get disc brakes on all four wheels. This is something which is not on offer with the Creta. To add a touch of sportiness, KIA SUV will also get red brake calipers in the front.

Powering the Kia SUV could be BS VI compliant 1.5 liter turbocharged petrol and diesel engines. Power and torque figures have not yet been detailed. The company has also stated that a plug in hybrid variant will be making its way into India in the near future. Kia SP is expected to be priced higher than Hyundai Creta, from Rs.10-15 lakhs.