Kibithoo to Kanyakumari to Koteshwar on a Royal Enfield Thunderbird

Kibithoo To Kanyakumari to Koteshwar (K2K2K) doesn’t just sound ambitious, it is in fact a ride to be documented. The K2K goal is real for a multitude of riders. Why not? It does in fact help you discover the vast plains and ghats of a diverse country.

Going by the moniker, Abhi is not home, Abhi Surendran enjoys being a traveller. Three years earlier, the solo rider mapped his own K2K from Kozhikode to Kathmandu to Kolkata, via Bhutan. 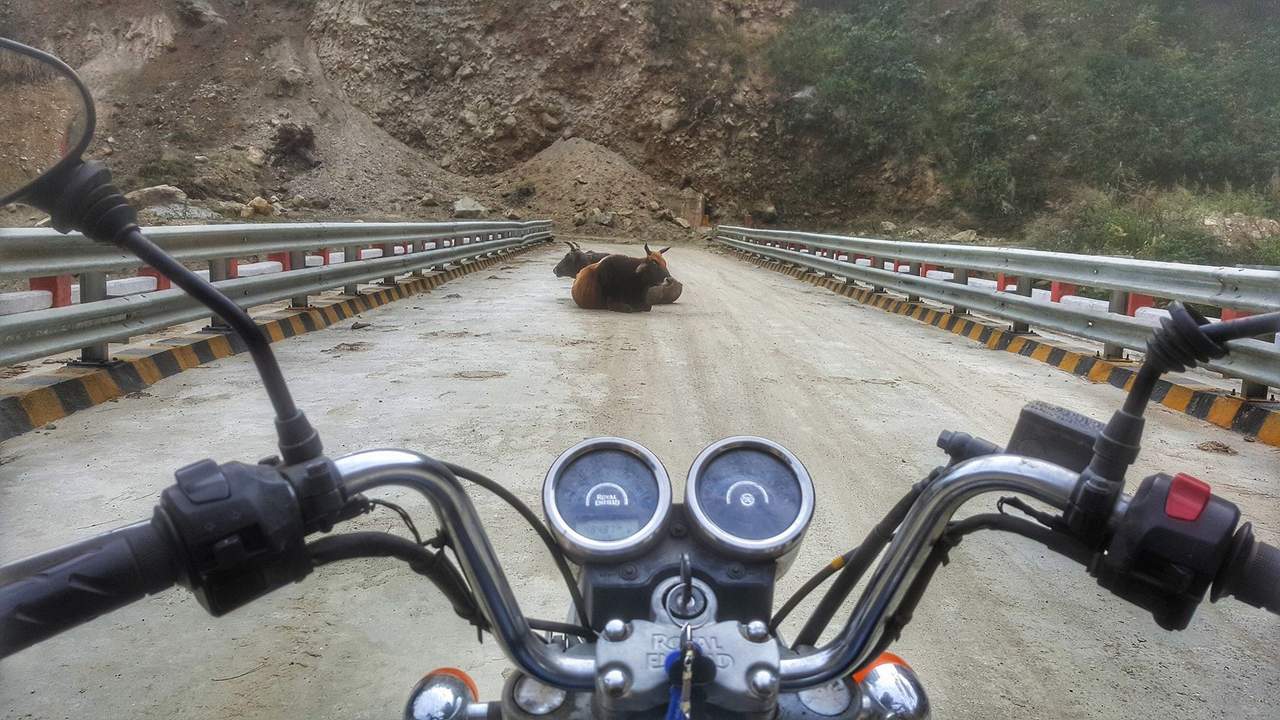 K2K2K Ride: From Kibithoo (Arunachal Pradesh) to Kanyakumari to Koteshvar. Kibithoo is the easternmost point in India. Abhi got on with this great adventure on December 23rd 2017 – at Kibithoo. While the original plan was to ride to Kanyakumari, fellow rider Twinkle Kapdi who rode from Kutch to Kibithoo convinced him to visit Kutch. The destination in the west is set as Koteshvar temple in Kutch, Gujarat.

With a flexible dateline, Abhi hopes to complete the trip by May 1st. Earlier this week, he completed the first proper leg of the journey, having reached Kanyakumari on March 4th. Making the most of his rides, he was able to dock the bike in Calcutta for a week to embark on a short trip to Andamans. That sojourn lasted a week. A break is good for the soul. 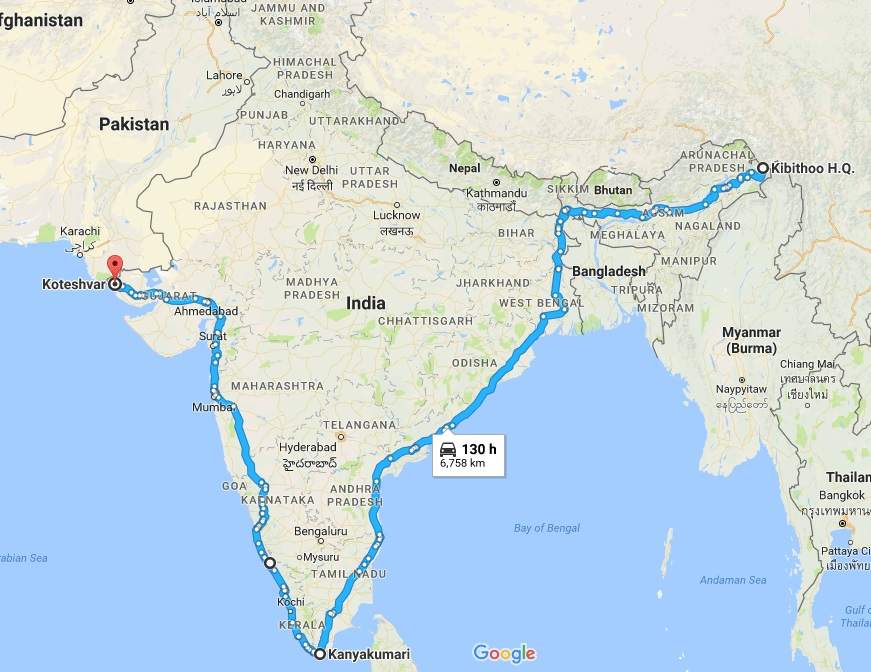 The roadmap takes your from the eastern hinterlands and is pretty much a coastal trip for the reminder of the journey. One thing’s for certain. Why go from west to east when you can pretty much squeeze in a trip to the south. One may ask why Abhi is making the effort. It’s a leisurely trip and doesn’t involve a campaign or cause, and there’s no deadlines to be met. Ride when you are up for it. Sit back when you fell like it. And there’s always the opportunity to ride into one of many small towns and villages that we tend to skip on road trips, and otherwise. Here’s to what you and your four year old Royal Enfield Thunderbird 350 is perfectly capable of. Cruising they say.

There are some times when I just love the (variety of) road traffic in India.Somewhere near Namsai, Arunachal.

Posted by Abhi is not home on Wednesday, 3 January 2018