KTM 390 Adventure delivery starts in India – First in the world

KTM dealers across India have commenced deliveries of the new 390 Adventure, whose bookings had opened last month.

KTM 390 Adventure, showcased at the 2019 EICMA Show and which made its India debut at the India Bike Week, was officially launched in the country in January 2020. It was immediately opened for bookings and now deliveries have also commenced. Hat tip to automotive enthusiast Neelesh Bajaj for the update.

KTM 390 Adventure in India, priced at Rs 2,99,000, ex-sh. Designed for adventure travel, the 390 ADV in India is slightly different from its international spec model. The India spec 390 Adv misses out on the adjustability function for its suspension in the front, but instead receives quickshifter+ as standard. 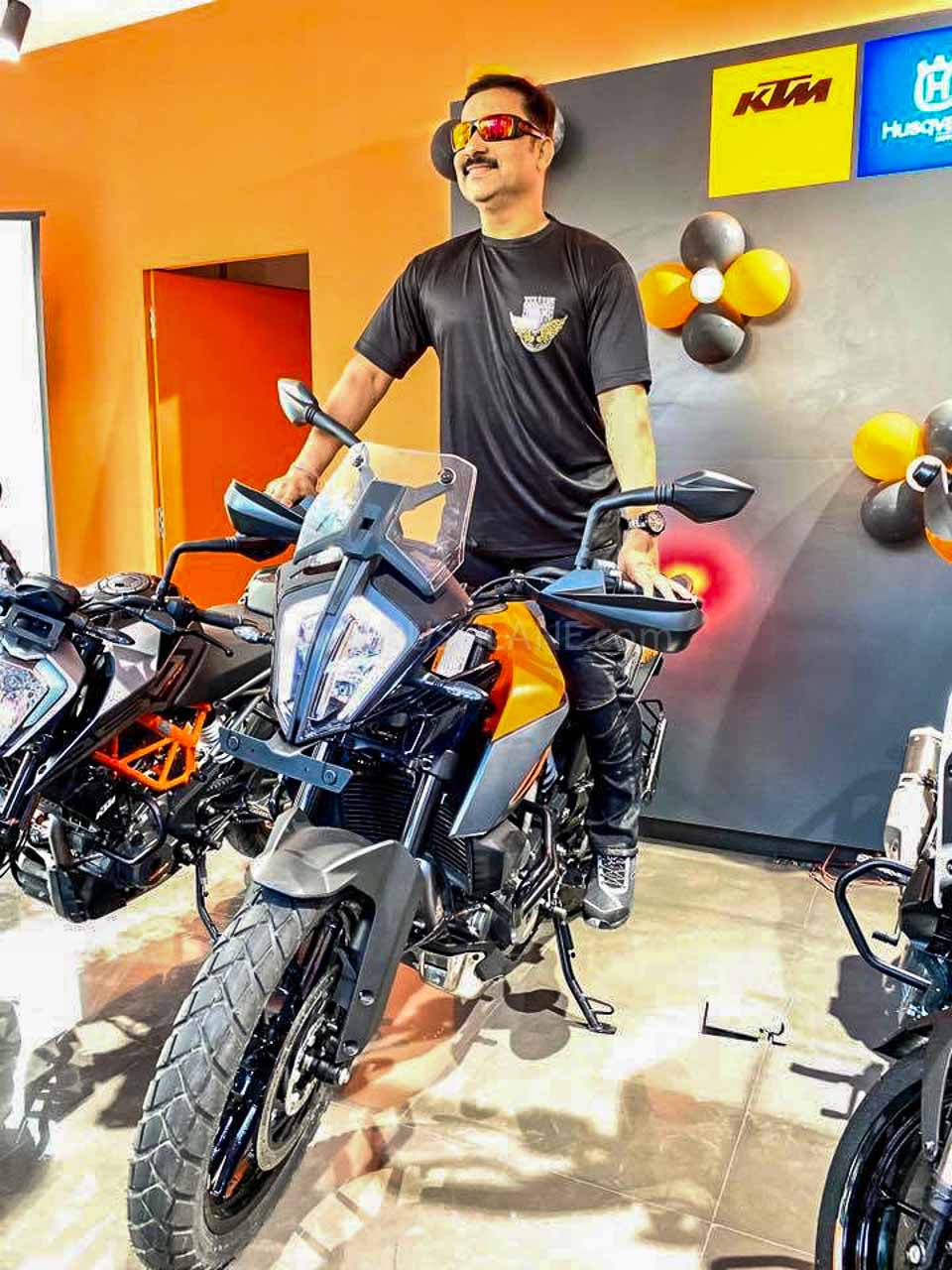 Being an off-roader, the 390 Adv gets a lightweight trellis frame, long travel suspension. The rear unit is a pre load adjustable monoshock. The bike sits on 19” alloy wheels in the front and 17” alloys at the rear. The alloys are wrapped with knobby Metzeler tyres. It gets an extendable windshield and protective bash plate for its engine.

Dimensions stand 2,154 mm long, 900 mm wide and 1,400 mm high with its wheelbase measuring 1,430 mm. It gets high ground clearance of 200mm. Dry weight of the 390 Adv is 162 kgs and it comes with a 14.5 liters fuel tank. The 390 Adv is loaded with features. It gets a digital instrument cluster, LED head and tail lamps, Bluetooth connectivity and TFT display with turn by turn navigation. It also gets quickshifter+, traction control, etc.

Engine specifications of the KTM 390 Adventure is the same as recently launched Duke 390 BS6. This is a 373.2cc single cylinder, liquid cooled, 4 valve, DOHC engine; offering 43 hp power at 9,000 rpm and 37 Nm torque at 7,000 rpm mated to a 6 speed transmission. Braking is via 320mm disc in the front and 230 mm disc at the rear with Bybre sourced calipers and Bosch 9.1 MP twin channel cornering ABS as a standard feature.

Where competition in India is concerned, the new KTM 390 Adventure competes with the BMW G 310 GS, which is priced around Rs 3.5 lakh and the Kawasaki Versys X300 priced at Rs.4.69 lakhs. With deliveries in India now started, the company will also commence exports of the KTM 390 Adventure bike from later this month. India is the first country in the world, where deliveries of 390 Adventure has started.