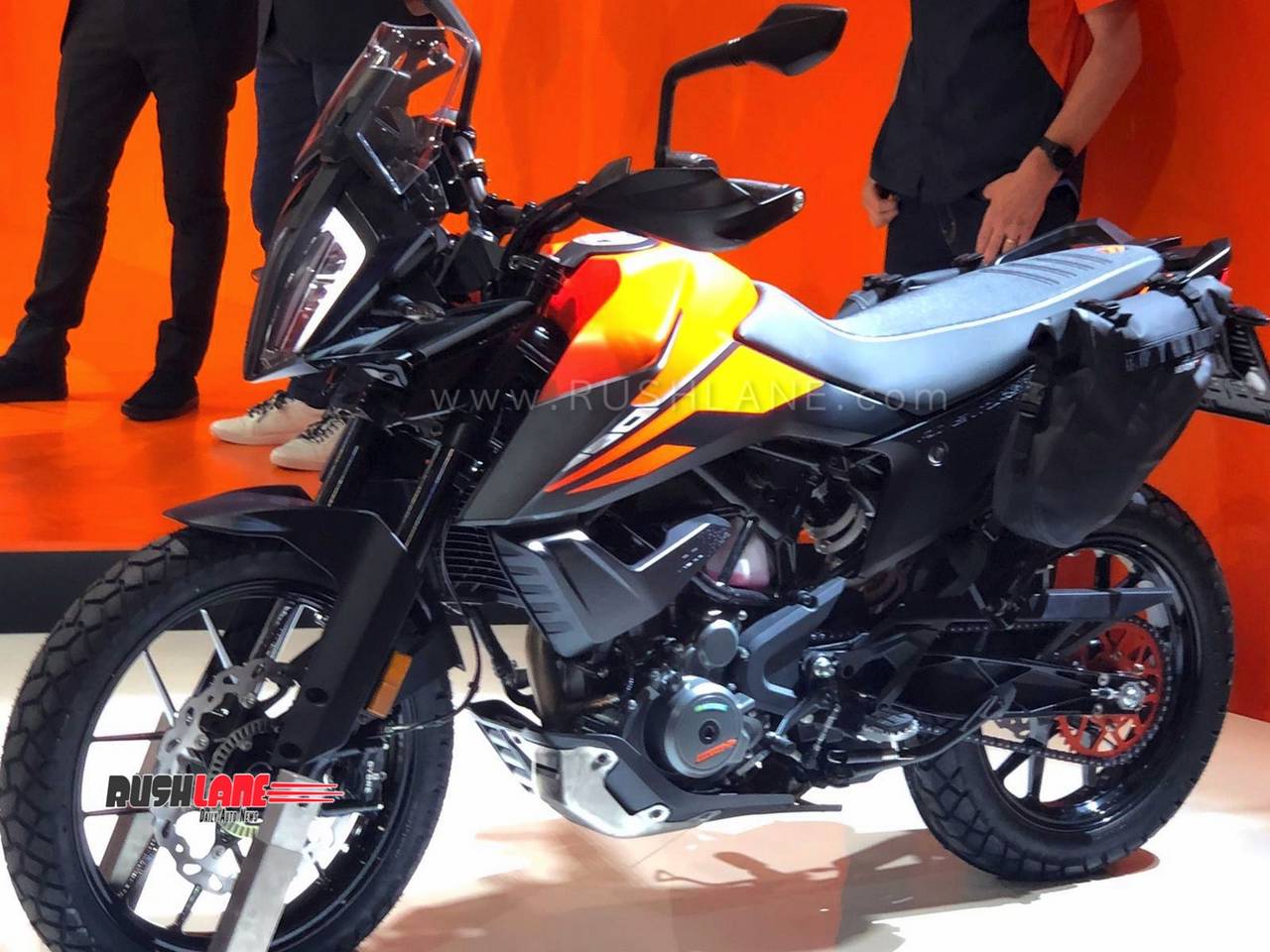 KTM 390 Adventure at EICMA is seen with seen with alloy wheels at both ends measuring 19” at the front and 17” at the rear. These are wrapped with dual purpose rubbers – which will offer equally good traction on road and off the road. It also features a full colour TFT display with Bluetooth, to access phone calls and audio. This is similar to KTM Duke 390.

It is built on a trellis frame with a bolted sub-frame, similar to that of Duke 390. Gets full LED lighting for head and tail lamps. Turn indicators are LEDs too. It gets single seat (split seat is offered as option). There are engine guards, a belly cowl and serrated foot pegs with removable rubber pads. It also has a wider handlebar as compared to that seen on the 390 Duke.

Suspension will be via inverted fork in the front and pre load adjustable monoshock at the rear. Braking will be via disc brakes at the front and rear with dual ABS. Petal discs are on offer as option. Seat height of KTM 390 Adventure is 858 mm, while it has a fuel tank of 14.5 liters. Kerb wt is 156 kgs. Two colours are on offer, orange and white.

KTM 390 Adventure will be produced at the Bajaj Auto plant in Chakan near Pune. It is for this reason that India will be the first market to receive the 390 Adventure. India launch of this bike is scheduled to take place on 6th Dec, 2019 at the India Bike Week in Goa.