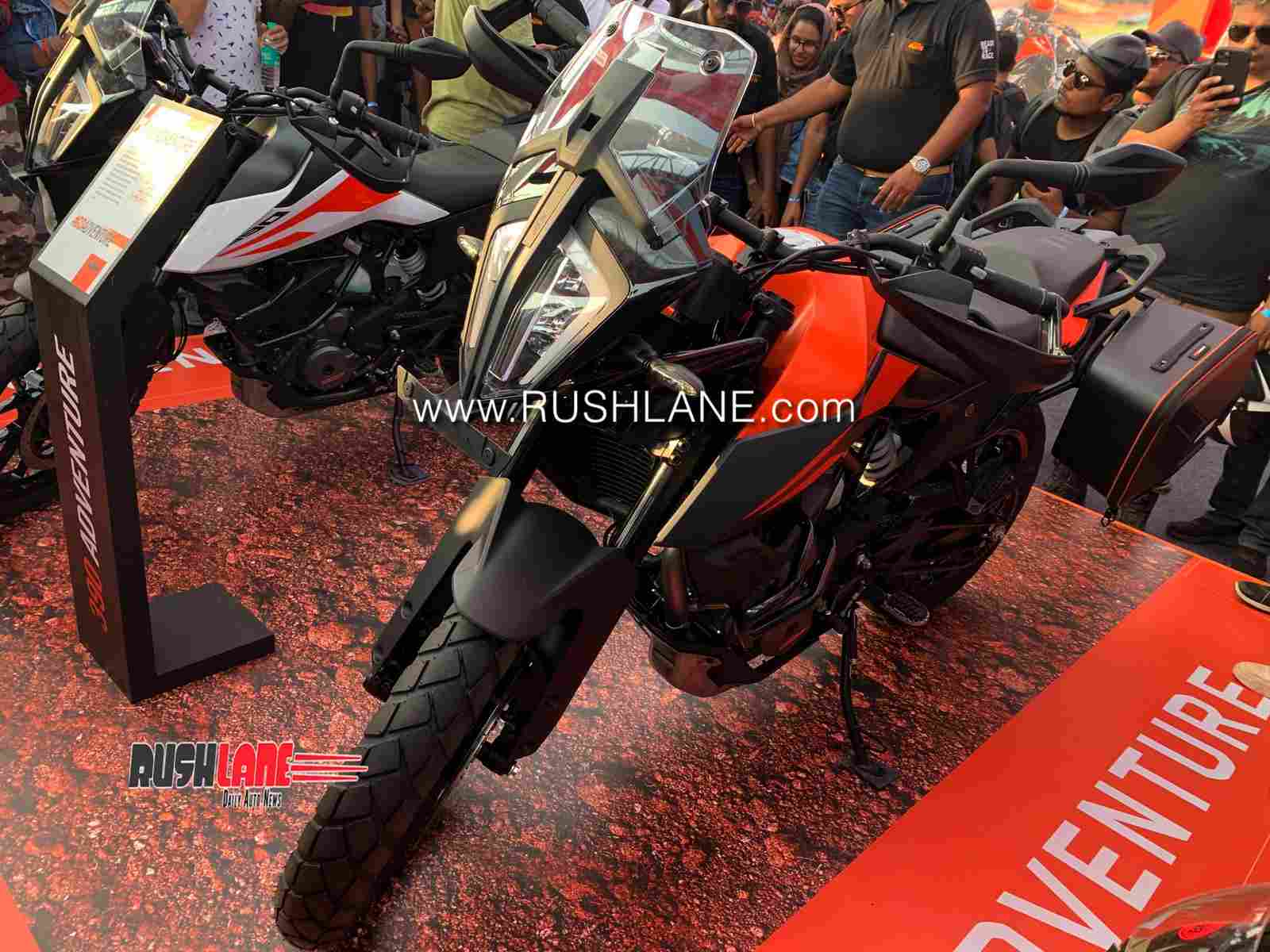 India has become the first country where the new KTM 390 Adventure has been launched. Bookings have opened today across India.

The KTM 390 Adventure was unveiled at the India Bike Week 2019 in Goa. It has now been launched in India at a price of Rs 2.99 lakhs, ex-sh. KTM 390 Adventure is an off road tourer which is based on the 390 Duke street fighter. It also borrows styling elements from the 790 Adventure.

In terms of design differences with international spec 390 Adventure, for starters, the India spec KTM 390 Adventure misses out on adjustable front suspension which is seen on its international counterpart and in its place gets WP inverted forks in the front. Below are the details specs of 390 Adventure for India.

Suspension to the rear remains the same with both the India spec and international spec models receiving WP Apex monoshocks with preload and rebound adjustability with 177mm wheel travel. There are also differences where its tyres are concerned.

The India spec KTM 390 Adventure receives 19” front and 17” rear alloy wheels fitted with Metzeler Tourance tyres as against Continental TKC 70 tyres seen on its international model. The company prefers these tyres on the India spec model due to the fact that Metzeler also supplies tyres for the 390 Duke and RC 390.

In India, the new KTM 390 Adventure will be available with standard bi-directional quickshifter allowing for clutchless upshifts and downshifts. The international spec KTM 390 Adv is exclusively offered with a PowerPart option. Apart from these differences, the rest of the features remain the same on the India spec model as seen on its international counterpart.

The KTM 390 Adv as seen at IBW earlier this month was noted with a triangular split LED headlamp with LED DRLs, a high windscreen, compact fuel tank of 14.3 liters capacity and wide handlebars. It boasts of a 4” TFT color instrument panel offering readouts, KTM My Ride interface, Bluetooth and access to incoming calls, text messages and music, etc. It rides on a wheelbase of 1,430mm and gets 200mm ground clearance.

Engine specifications include a 373.2 cc, single cylinder, liquid cooled engine offering 43 bhp power and 37 Nm torque mated to a 6 speed gearbox with the bike also fitted with ride-by-wire technology. In India, KTM 390 Adventure will compete against the BMW G 310 GS and the Kawasaki Versys X300.