What was expected to make debut at the 2018 EICMA Show in Milan, Italy, has now been spotted in India for the first time. These are the first spy shots of the 2019 KTM 390 Adventure based on the new gen Duke 390.

KTM, which normally shows off concept bikes at EICMA and followed by a production version the next year, deviates from this normal practice with the KTM Adventure 390. The bike is set for launch in India next year, in 2019. The bike you see below, is in production ready format.

It also gets an LCD TFT instrument cluster and smartphone connectivity along with ride-by-wire throttle. Suspension duties will be carried out via USD forks (adjustable) in the front and preload adjustable monoshock at the rear. 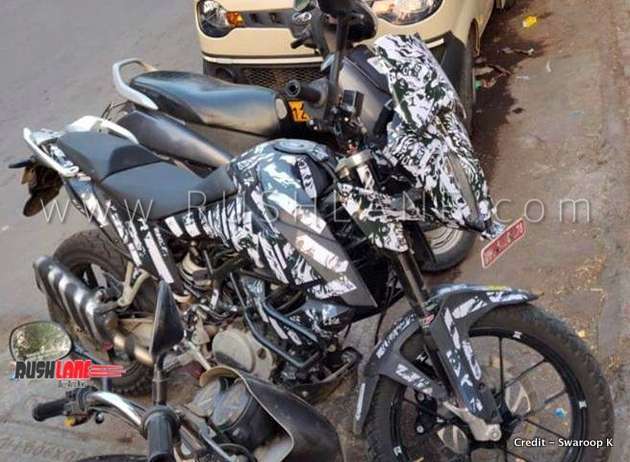 The engine powering the KTM Adventure 390 will be the same as that seen on the 390 Duke in a different state of tune. Engine guard is also present.

On the KTM Duke 390, this 373.2cc engine offers 43.5 bhp power and 37 Nm torque mated to a 6 speed gearbox with slipper clutch. The engine has also been tweaked for better low end and mid range torque curve while gear ratios have also been modified so as to be more capable in off-road performance. 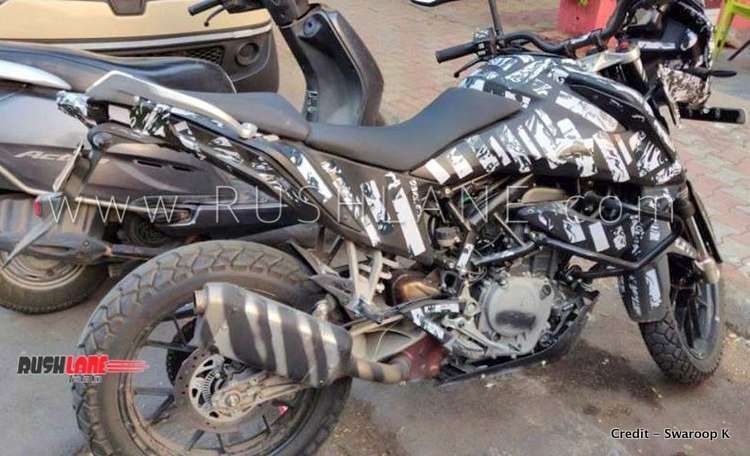 KTM Adventure 390 is also slated for launch in India next year. This was confirmed by KTM officials. Just like the Duke 390, the Adventure 390 will also be made in India by Bajaj at their plant in Pune. It is from here that the motorcycle will be exported to the world. It is expected to be priced in the range of Rs 3 lakhs on road. Once launched, it will take on the BMW G310GS and the Kawasaki Versys-X 300 in India.