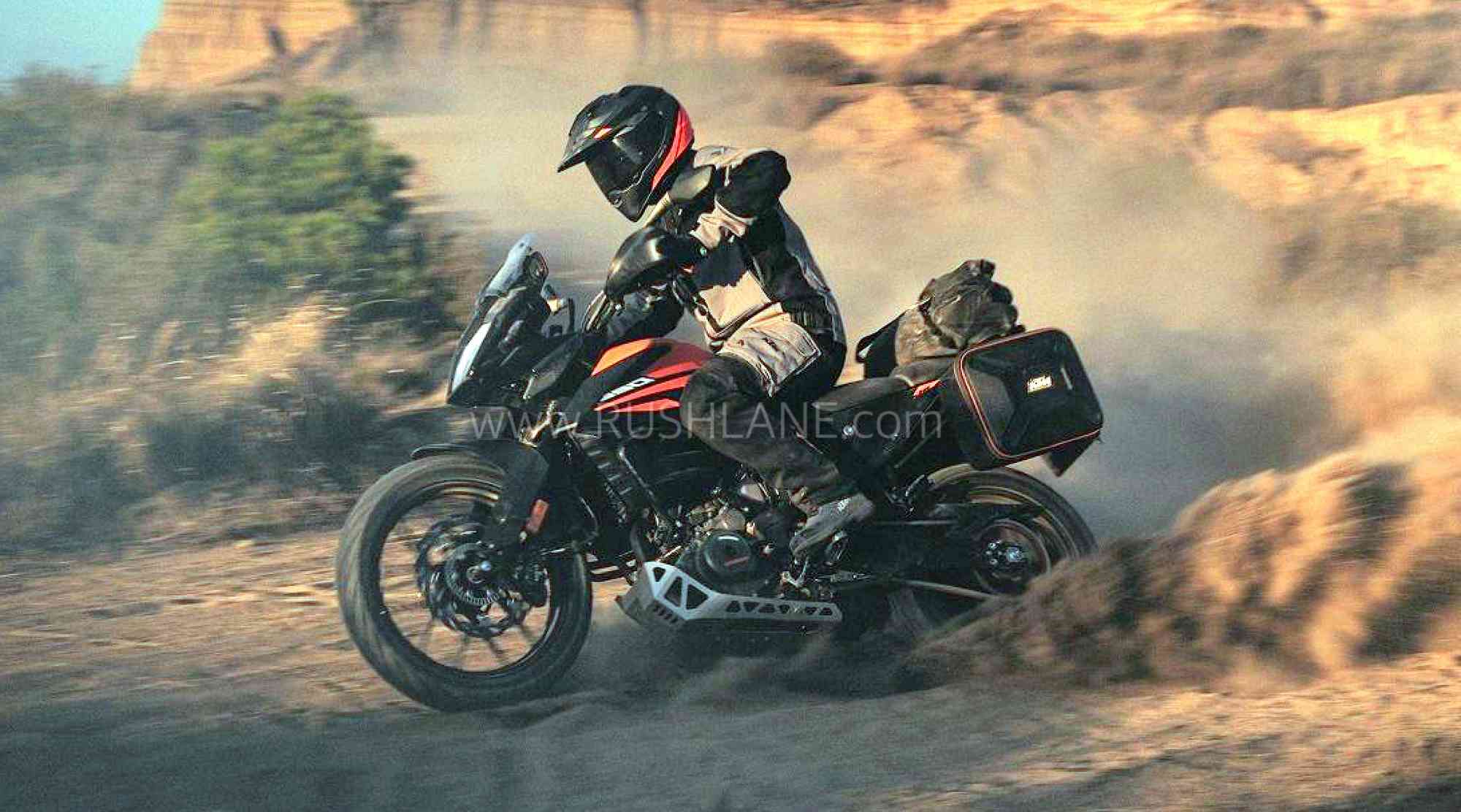 After several faux pauses, the eagerly anticipated KTM 390 Adventure tourer made its world premiere at the EICMA 2019 which opened its doors earlier this week in Milan, Italy. The latest member of compact Duke family will be made in India for global consumption and is expected to be one of the important volume pullers for the Austrian brand worldwide.

The KTM 390 Adventure is equipped with alloy wheels (19-inch front and 17-inch rear), discs at either end with standard dual-channel ABS. Watch the motorcycle in action, in the official KTM 390 Adventure TVC video below.

As expected, the tourer adopts dual-purpose tires to strike a balance between on and off road performance. The prototypes spotted earlier indicated that the trellis frame has adequate provisions to mount several accessories like saddle stays, rear luggage rack, panniers, frame sliders, engine guard and so on. Suspension system comprises long-travel inverted telescopic fork at the front and monoshock at the rear.

The motor comes from the rev-happy 390 Duke and RC but is tuned for adventure touring application. This means, higher low-end grunt and a linear power delivery. On board the latest KTM, the 373 cc liquid-cooled single-cylinder motor delivers 43 hp and 37 Nm of torque. Of course, the 6-speed transmission is connected to the motor by means of slip and assist clutch. It also gets traction control.

The KTM 390 Adventure will be made at Bajaj’s Chakan plant alongside the other compact Duke and RC models. The motorcycle is estimated to be around INR 30k – 50k dearer than the Duke 390 in our market while being priced at par with its primary rival, the G310GS in international markets. Competition will also come from the likes of Royal Enfield Himalayan.

Though launch is next month in Dec 2019, the KTM 390 Adventure is expected to make its sales debut in India sometime in Jan 2020; shortly before reaching showrooms in Europe. Expect the motorcycle to keep the production lines extremely busy, at least for the first few months.