Last month it was reported that Bajaj is planning to launch the cheapest KTM – Duke 125 in India. All new KTM Duke 125 has been spied on test in Talegaon Dhabhade area on the outskirts of Pune. This area is closer to Bajaj plant where the KTM Duke motorcycles are manufactured.

In the video, you can see the Hero Splendor rider going up to the KTM Duke 125 rider. He then asks which bike is, is it the Duke 125. The test rider surprisingly replies in affirmative and confirms that it is indeed the KTM Duke 125. 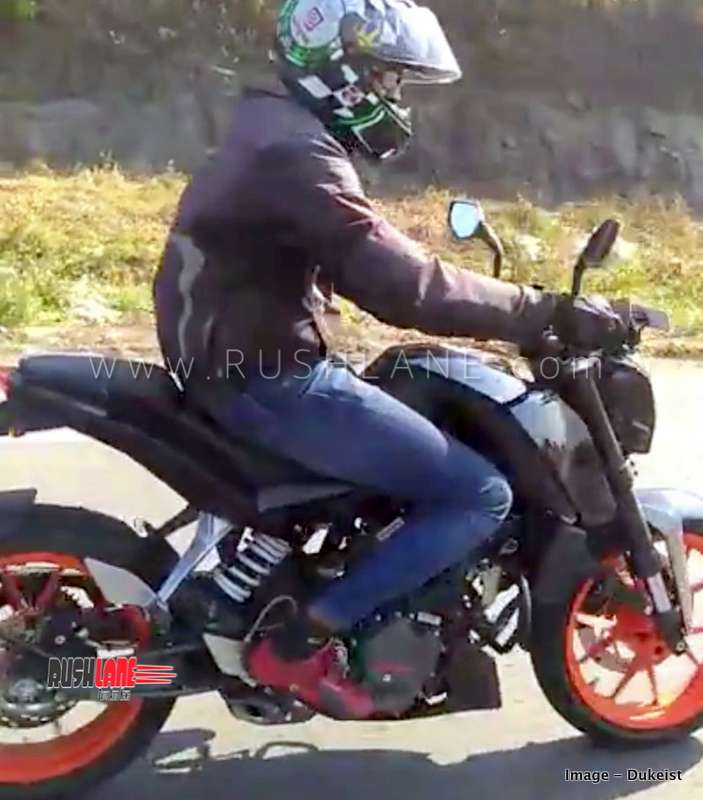 Powering the KTM Duke 125 is a 125 cc single cylinder engine which delivers 15 hp power and 12 Nm of torque. It has a kerb weight of 148 kgs, looks identical to KTM Duke 390, has the same tyres and alloys, also features the same digital screen with bluetooth. Fuel tank capacity stands at 13,4 liters while top speed is at 120 kmph.

It remains to be seen if the KTM Duke 125 for India will be like its international-spec fully loaded variant with dual channel ABS, Metzeler’s digital speedo and so on. Considering that the price point will be entry-level, it is not expected to get these features, just like we have seen in the Duke 200. More details will be revealed once the bike is launched in India.