KTM Duke 200 modified into a streetfighter for Rs 1.55 lakhs

Folks at Delhi-based GM Customs (known for bikes into Hayabusa lookalikes) have taken a KTM Duke 200 streetfighter and transformed it into a whole different animal. The extensively modified motorcycle features handmade parts and one would be hard pressed to believe that it started its life as a Duke.

The images show the progress of the mod-job starting from unpainted bodywork to finished product. The modified KTM Duke 200 retains its trellis frame but employs completely different tubular swing arm (we like the stock bike’s cast unit better). 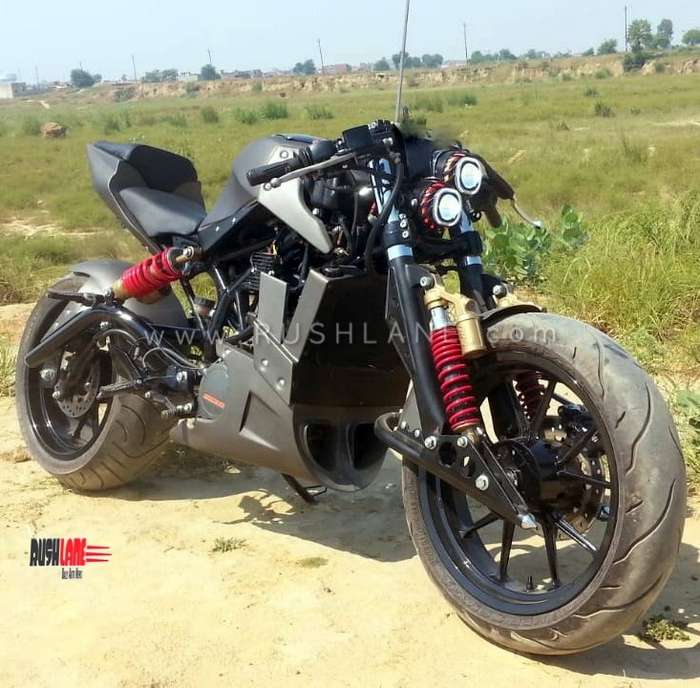 The wheelbase seems to have been extended significantly, thereby giving the bike a low-slung stance. The suspension system has been overhauled too. The modified motorcycle is equipped with an eccentric rear monoshock and an interesting girder fork at the front with gas-charged shock-absorbers.

This setup is there to demonstrate the outfit’s ability when it comes to modification rather than making any dynamic improvements to the motorcycle. In fact, the stock bike’s frame and WP suspension systems are best in the segment. 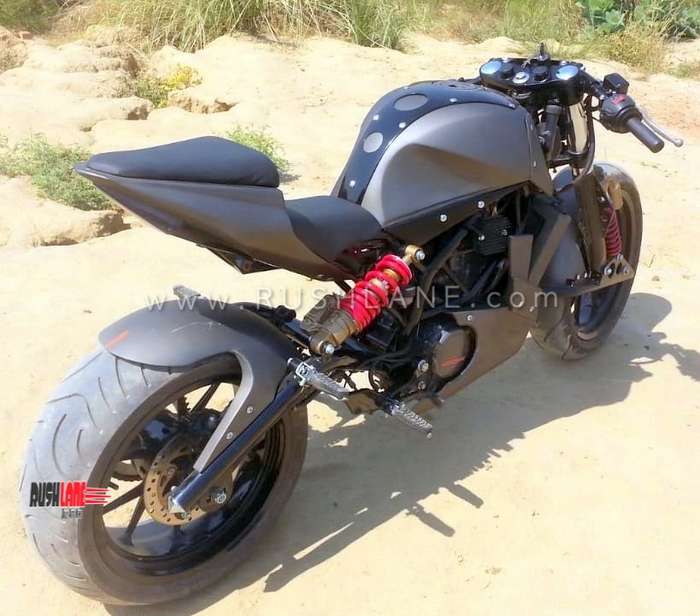 The handmade fuel tank is finished well. A prominent engine and radiator shroud, and tailpiece round off the bodywork. The custom bike eschews KTM Duke 200 digital instrument cluster. Other salient features include an aggressive clip-on handlebar and twin-LED headlamps with illuminated circumferences. While the front wheel and tyre combo have been carried forward from the stock bike, the rear features wider rim and tyre.

GM Customs chose not to fiddle with the powertrain and that’s a good thing. The KTM Duke 200’s single-cylinder liquid-cooled engine with 25 PS and 19.2 NM of torque on tap is known to be a sprightly performer. The motor is mated to a 6-speed transmission.

The KTM Duke 200 streetfighter custom bike would set you back by Rs 1.55 lakh in addition to the price of the stock KTM Duke. We will let you be the judge of its aesthetics but it indeed has a unique appeal. The same modification can also be applied to other KTM Duke’s, like the 125, 250 and 390. Take a look at detailed photo gallery below.