KTM AG has announced that production of Husqvarna Vitpilen 401 and Svartpilen 401 will be shifted from KTM’s Mattighofen plant in Austria to the Bajaj Auto plant in Chakan near Pune from where it will be making its way to global markets. Production will commence from later this year or in early 2019 while the bikes have been spied actively being tested on Indian roads.

Sharing underpinnings with KTM 390 Duke, the Husqvarna Vitpilen 401 and Svartpilen 401 will be positioned on a trellis frame and get exclusively designed elements. While Vitpilen, stands for ‘White Arrow’, Svartpilen stands for ‘Black Arrow’.

The Vitpilen 401 sports a modern café racer design while the Svartpilen has been inspired by scramblers. They will be seen with slim round LED headlamps, circular digital console and spoked wheels.

To set the two apart, Vitpilen will be seen with clip on handlebars and knobby tyres to enhance its off road abilities. The bikes will sit on 17” wheels. Both bikes will get powered by the same engine seen powering the KTM Duke 390. This 373.2cc, single cylinder engine offers 43.5 bhp power and 37 Nm torque mated to a 6 speed transmission. 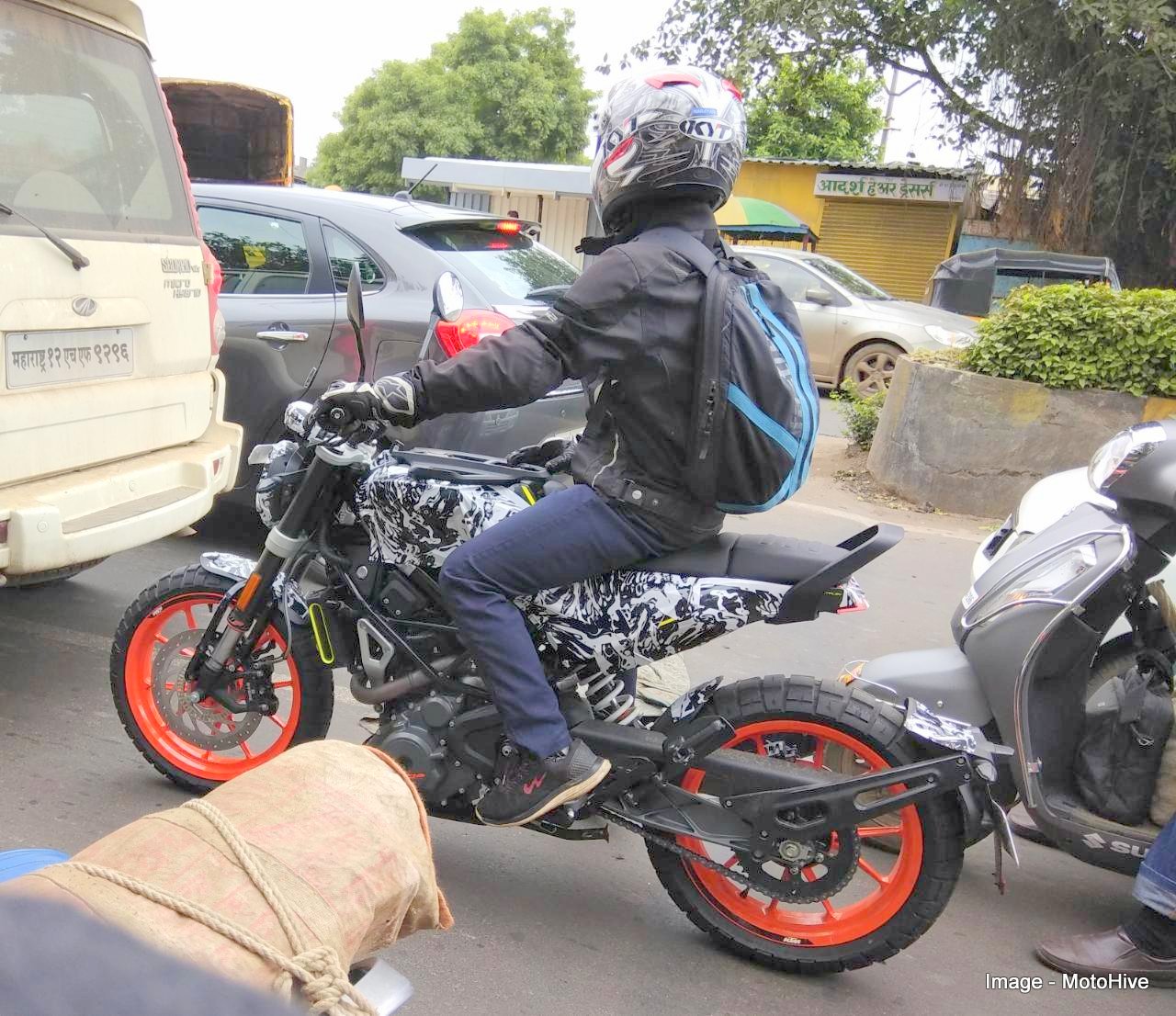 It will get WP sourced USD forks in the front and monoshocks at the rear and disc brakes at both ends with ride-by-wire throttle, slipper clutch and dual-channel ABS offered as standard.

Where pricing is concerned, with the KTM Duke 390 priced at about Rs 2.67 lakhs on road, one can safely put Husqvarna Vitpilen 401 and Svartpilen 401 at a premium of around Rs 20,000-30,000 over it. The bikes will go on sale through KTM dealerships across the country.