BMW India has confirmed that they will be launching their G310R in India next month, on 18th July. Along with G310R, they will also launch its ADV variant, the G310GS. Both bikes are made in India by TVS at their plant in Hosur, Karnataka.

One of the main rivals to the BMW G310R, is KTM Duke 390. The two bikes compete closely with each other on paper. Youtuber Full Gass, has managed to pit the two rivals against each other in a drag race. Before we watch the drag race, here is how the bikes look on paper. 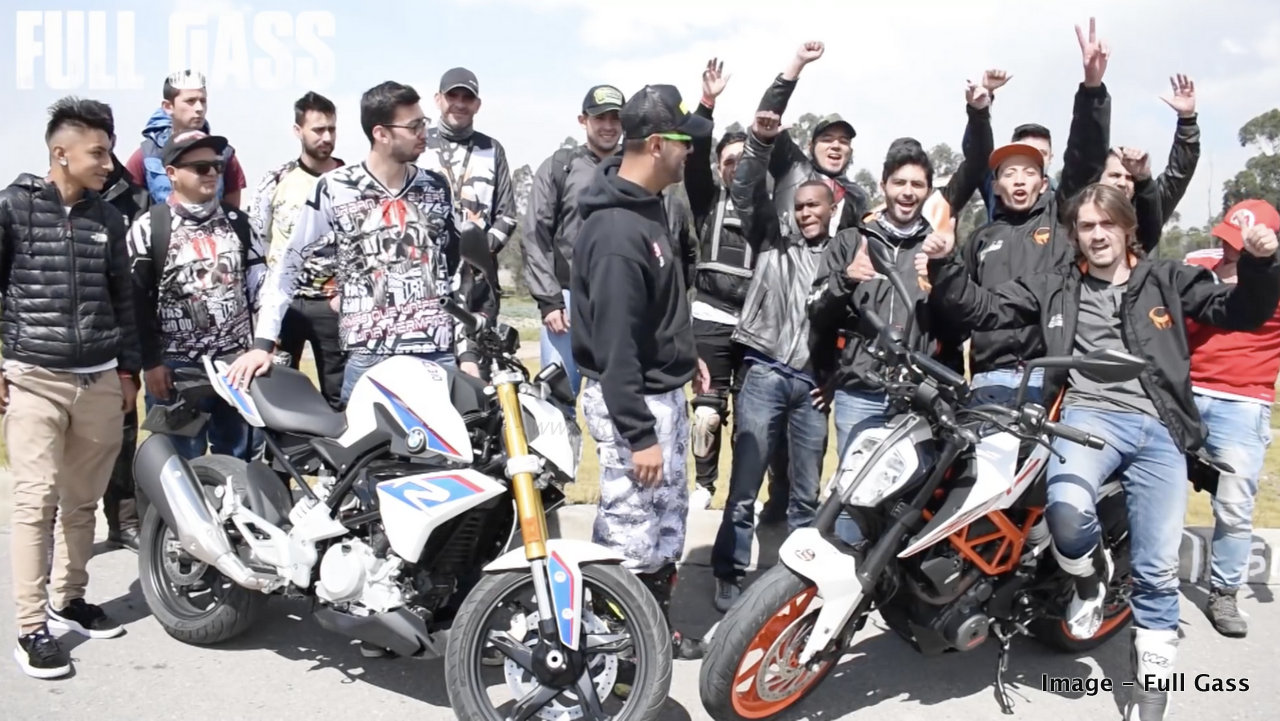 On paper, the KTM Duke 390 wins. In real world conditions too, the D390 is the clear winner. Watch the drag race video below.

G310R is the most affordable BMW one can buy today. In the international market it is priced a little lower than the KTM Duke 390. But don’t expect that to happen in India. Here, BMW G310R is expected to come with a premium price tag, in the range of Rs 3 to 3.5 lakh. On the other hand, KTM Duke 390 is priced at Rs 2.6 lakh in India.

Another bike the G310R could rival in India is the Bajaj Dominar. You can watch the drag race video between Bajaj Dominar and BMW G310R here.