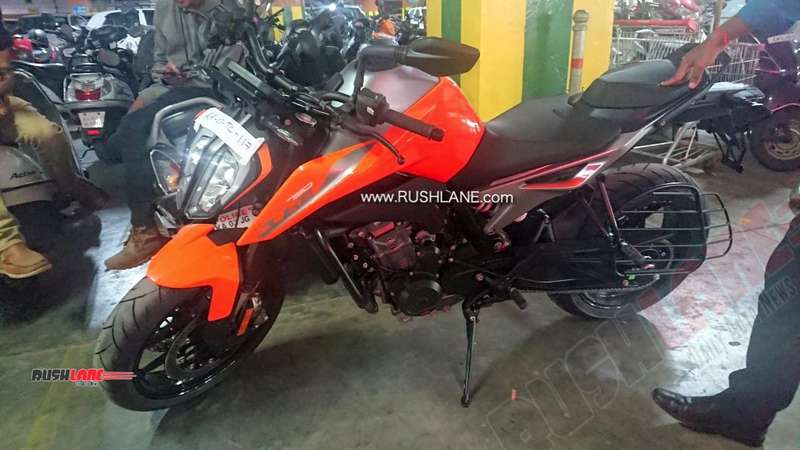 KTM India is yet to make any official announcement on the launch date, but the KTM Duke 790 is expected to arrive in India next month. As we speak, a special assembly line is being set up at the Bajaj Auto plant in Akurdi with a team of KTM officials from Austria who will be supervising and managing the same.

New KTM 790 Duke will arrive via the CKD route with some localization of parts. Lights will be sourced from Minda while indicators, wiring and other parts will also be sourced locally though engine, chassis and suspension will be imported from Austria. It is also learnt that initial 100 units of the KTM 790 Duke have already arrived at the Bajaj Auto plant in Akurdi for tooling and service training purposes.

KTM Duke 790 street fighter will borrow some parts from the 390 Duke. The TFT LCD display, also seen on the 390 Duke, will offer a host of setting along with Bluetooth enabled smartphone connectivity. It will be seen with electronic aids such as a two way quick shifter, cornering ABS with Supermoto mode and multiple riding modes. 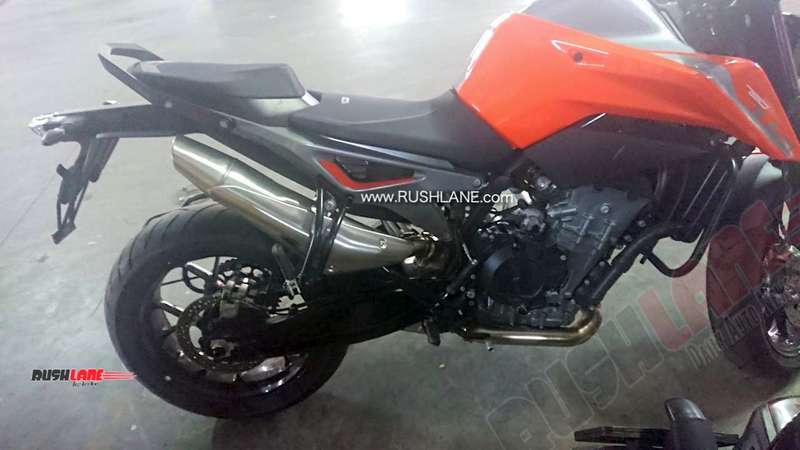 The 790 Duke will also receive Motoring Stability Control, Motor Slip Regulation and wheelie control and also get four rider modes of sport, street, rain and track while rider aids also include switchable ABS. The 790 Duke gets seat height at 825 mm, ground clearance at 186mm and kerb weight of 189 kgs along with a fuel tank of 14 liter capacity.

KTM 790 Duke will be powered by a 799cc, liquid cooled, parallel twin engine offering 104bhp power at 9,000 rpm and 86 Nm torque at 8,000 rpm mated to a PASC slip assist clutch 6 speed gearbox. Suspension is via WP sourced 43mm USD front forks and preload adjustable monoshock at the rear while braking is through 300mm dual disc brakes at the front and a 240mm single disc brake at the rear.

KTM plans an aggressive pricing strategy of this new flagship model which could be at around Rs.8.5 lakhs. It will rival the likes of Kawasaki Z900, Triumph Street Triple, Ducati Monster 821 and the Suzuki GSX-S750. Below are the first spy shots of the sportsbike being spotted at a dealership in Bangalore. This is the India-spec KTM Duke 790, wearing saree guard.