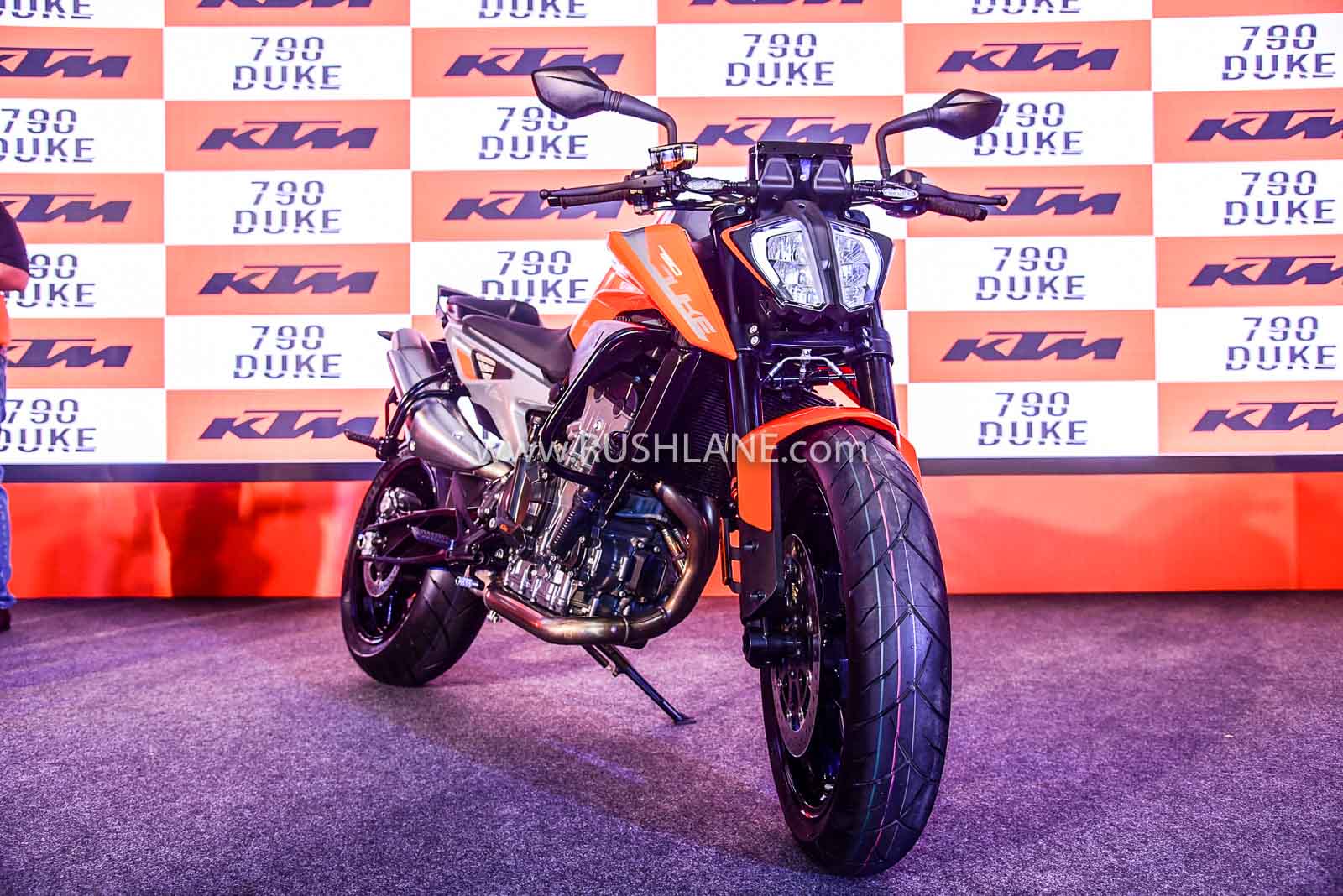 But already there’s unconfirmed reports, of the bike not being available. Albeit for a short while, KTM Duke 790 will be discontinued from sale. The bike is currently BS4 compliant. Govt deadline to end sale of BS4 vehicles is 31st March 2020. With KTM busy updating their higher selling motorcycles to BS6 first, the 790 BS6 update will take place at a later date. Resulting in discontinuation of the motorcycle for a brief period.

KTM has already introduced 2 BSVI motorcycles last week. This includes Duke 250 and Duke 390. With this comes a price revision. The said bikes are available at a price of Rs 2,35,387, and 3,06,631, (on road) respectively. The update was circulated to dealerships only last week. In addition, the all new KTM Duke 200 images have also leaked ahead of launch in coming weeks.

KTM 790 Duke is currently listed at an ex-sh price of Rs 8,63,945 and on road pice of 10,05,756. Keeping in mind the bikes capability, and the price it commands, it’s no doubt a niche segment with a handful of keen buyers. In November 2019, the company sold 5 units. Last month though not a single unit was sold.

KTM sells the bike through 9 dealerships across the country. Keeping in mind, a fast approaching BSVI adaption deadline, it would be imperative the manufacturer sells all KTM 790 Duke BSIV units it has at its disposal. No doubt this number will be a small one.

Given that, on can avail of a limited period discount of Rs 1 lakh on the KTM 790 Duke. For this who’ve been eyeing a 790, there’s been no better time. As compared to the last emission transition, this time around companies are ensuring timely action to ensure they’re not left struggling with unsold stock right to the very end. At the time of the last transition, the market went berserk as the deadline neared with dealerships working out spot discounts in order to offload stock. This time around one shouldn’t expect such last minute activity.

While KTM India preps 790 Duke for its BSVI journey, the 2020 models will certainly be a tad bit pricier owing to changes incorporated. With no expectation of change to performance, buying a Duke 790 in its BSIV avatar is just as wise a decision.

The bike runs on a 799cc, parallel twin, liquid-cooled, 8-valve DOHC engine that returns 105 hp power, and 87 Nm torque. Riding modes include Sport, Street, Rain and Track. At the most recent edition of India Bike Week, the company showcased the KTM 790 Adventure. It will be launched late in 2020, and akin to 790 Duke, will reach Indian shores via the CKD route.